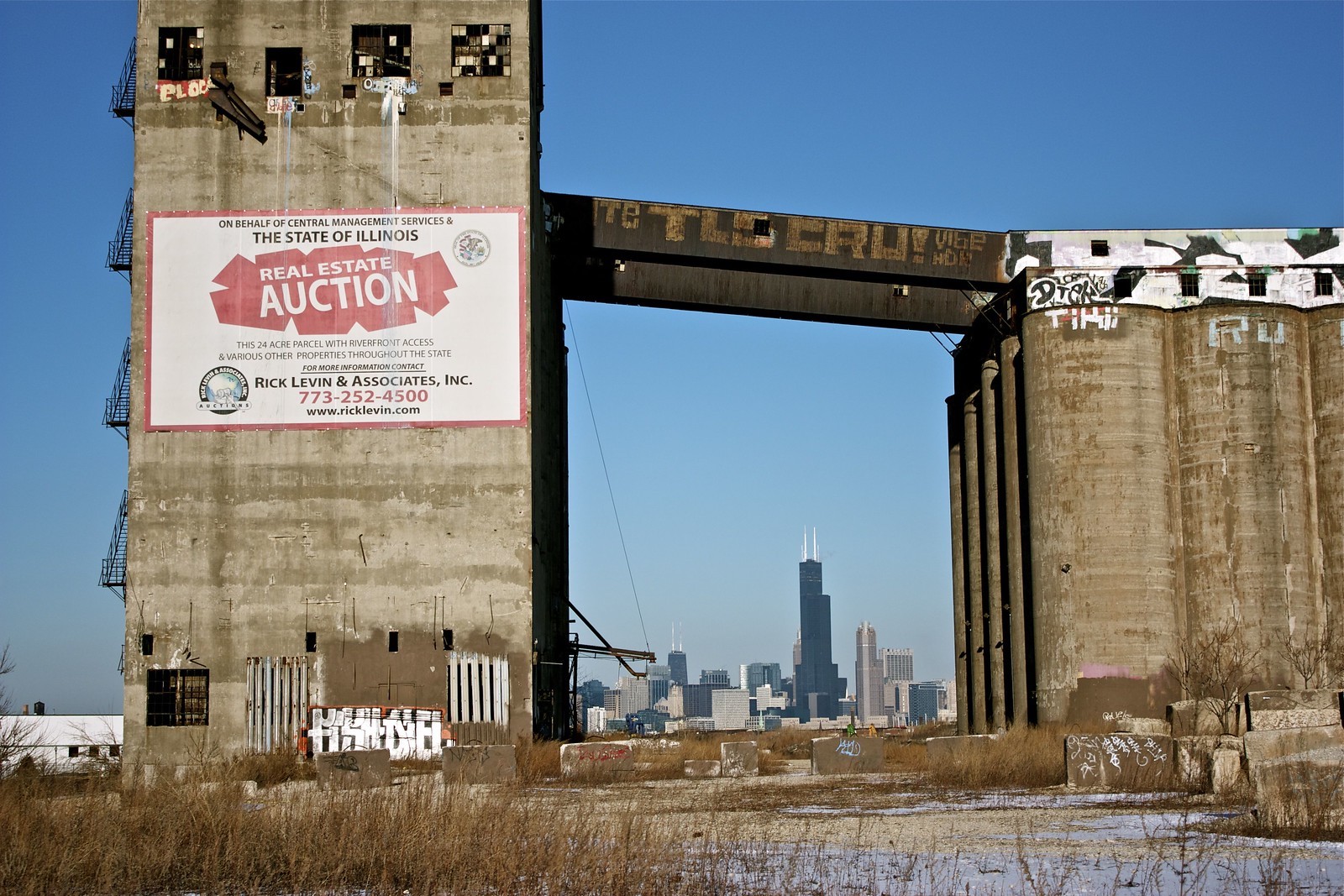 Though many of Chicago’s hot spots for spooky nighttime adventures in the rubble are disappearing (the demolition of famed Edgewater Medical Center began a few years ago to make way for apartments), there are still a few abandoned buildings in the metro area to be explored and appreciated. We have compiled a list of abandoned places to visit in Chicago.

One of Chicago’s most famous attractions for urban exploration, this grouping of 15-story grain silos has been unused since an explosion in the 1970s. A network of dark tunnels and rooms lie underneath this abandoned destination,  but it is technically illegal to enter and explore them.

Now called the Old Joliet Historic Prison Site by the Joliet Area Historical Museum, the correctional center near Chicago was closed in 2002— long after complaints about its conditions surfaced in the early 1900s. Last year, the Joliet Area Historical Museum reopened the abandoned building for tours, upgrading the spooky prison to a still-spooky destination for history enthusiasts.

The few remaining buildings in the Pullman Company neighborhood include the historic clock tower and Administration Building— both of which began undergoing the process of a National Parks Service makeover last year. It was already rebuilt once in 2005 after a 1998 fire seriously damaged the structure, and in 2015 was designated a National Monument. To this day, they still remain two abandoned spots in Chicago with the most history.

If you are looking for beautiful abandoned places to visit near Chicago, the City Methodist Church had a brief lifespan before shutting its doors in the 1970a. The destination was home to “the largest Methodist congregation of the Midwest.” In 2019, City Methodist Church received an Indiana state historical marker, though it retains its allure as a “symbol of urban decay.”

Known as Pilsen’s “ghost church,” Zion Evangelical Lutheran Church was built in 1880, but was almost entirely destroyed by a fire in 1979. Several decades (and one windstorm) later, the facade and tower of the church have been restored, and remain as a kind of skeleton of the former house of worship.

Read More: 5 Delicious Burgers to Try on Your Next Trip to Wendys

A long line of developers, banks, and other interested parties have been unsuccessful in redeveloping this abandoned building in Hyde Park since at least 1997. With an awe-inspiring domed interior and a massive, impressive facade, St. Stephen’s Church eludes demolition and renovation to this day.