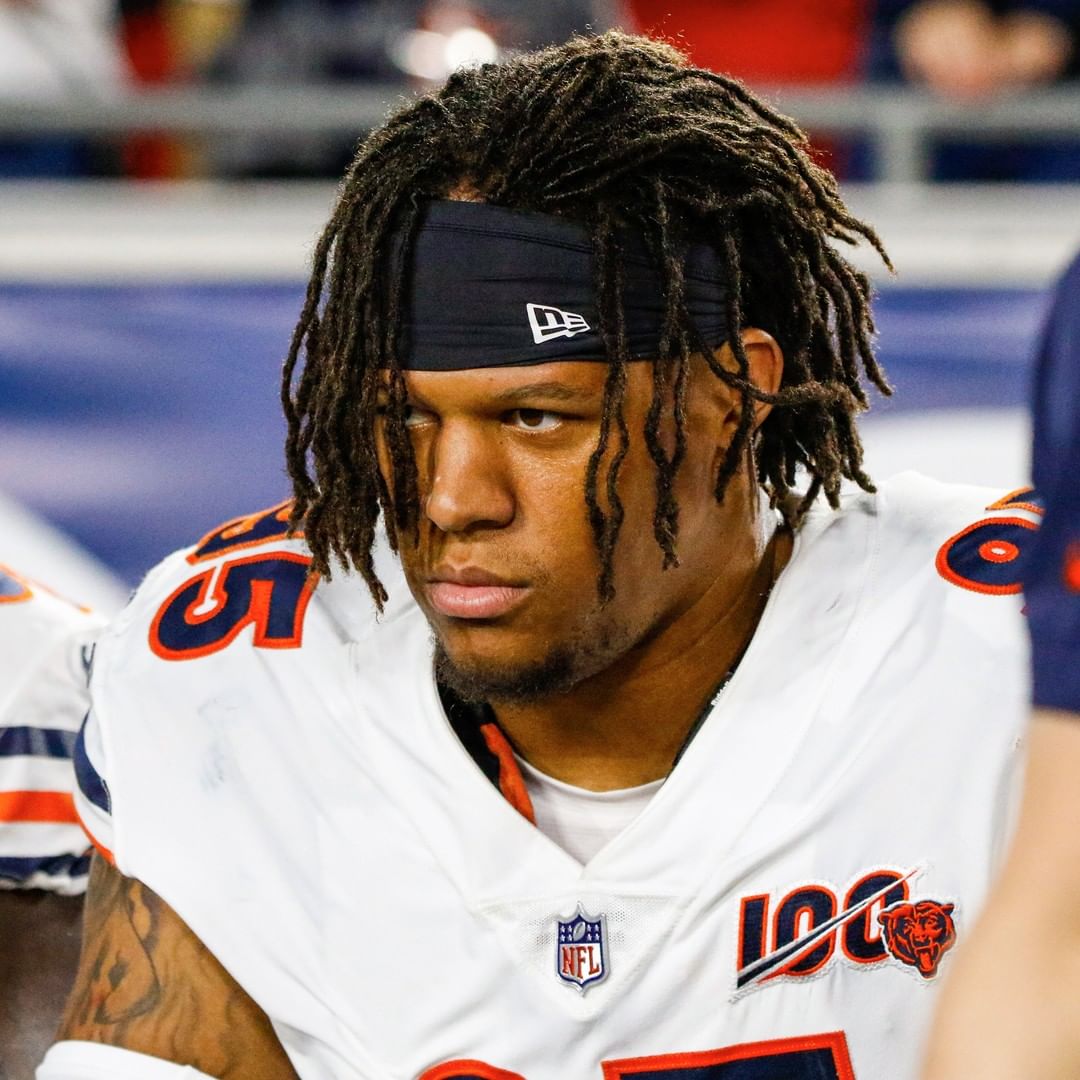 With six games remaining on the Chicago Bears schedule, one thing is clear: 2020 isn’t the year for this team. We aren’t implying that the Bears can’t still make the playoffs, and if the season ended today they would sneak in at the eight seed. But a never-ending quarterback carousel does little to raise anyone’s hopes for a deep playoff run. Fortunately, the lows of this season are nothing compared to some of the worst moments in Chicago Bears history.

Yes, you read that right. We’re here to reflect on some not-so-great highlights in our beloved football team’s history. Being a dedicated fan requires going through the highs and lows with your team year after year. We’ve certainly covered our fair share of Sunday night highlights and favorite games, but now it’s time to switch things up with the worst moments in Chicago Bears history.

To start things off, let’s rip off the bandage with this recent memory. In the Wild Card round of the 2018 season, the Bears trailed the Philadelphia Eagles by one point with 56 seconds left on the clock. After driving down the field to set up a 43-yard field goal attempt, then Bears kicker Cody Parkey missed the game-winning kick as time expired. The phrase, “double doink” is a reference to how the ball hit the left upright and crossbar before bouncing into the end zone. Definitely a low point in history for Bears fans.

Oh, how the cheese head franchise finds its way to ruin things for Chicago fans. Back in the 2011 NFC Championship game, the Bears were sniffing at a Super Bowl berth for the first time since 2006. Their opponent was NFC North rival, the Green Bay Packers. After losing Jay Cutler to a knee injury, backup QB Caleb Hanie was tasked with leading the team to victory. Unfortunately, this would never happen, and the Packers won 21-14 off a game-winning interception return.

The Years of Quarterback Struggles

While this isn’t necessarily tied to one specific point in Bears history, it’s a bad habit that the team can’t seem to break. Whether due to injures or poor draft selections, the Chicago Bears have always struggled with quarterback play. We had Jay Cutler way back when, but he always seemed to get injured. We had a high pick in the 2017 draft, but we selected Mitchell Trubisky over Patrick Mahomes and DeShaun Watson. The quarterback curse has to end at some point!

It wasn’t too long ago that the Bears found themselves competing in Super Bowl 41. In fact, things couldn’t have started much better after former return specialist, Devin Hester, ran the opening kick back 92 yards for a score. This would be a high point in the game, and by the time halftime rolled around the Bears trailed 16-14. They would fail to retake the lead again, making this one of the worst moments in Chicago Bears history.

This moment in Chicago Bears history might be worse than the Super Bowl loss in 2006. And of course, the Green Bay Packers are involved. Leading 28-27 in the final week of the season, the Bears needed to hold off Aaron Rodgers for 46 seconds. And they needed it badly. The winner of the game would earn a playoff spot. With the Packers sitting on a 4th and long, Rodgers found a wide-open Randall Cobb on a busted coverage. The rest was history. Despite the final play, this game is honestly pretty entertaining to watch. There’s plenty of back and forth between both sides in a high-stakes game which makes for a pretty classic matchup against the Packers.