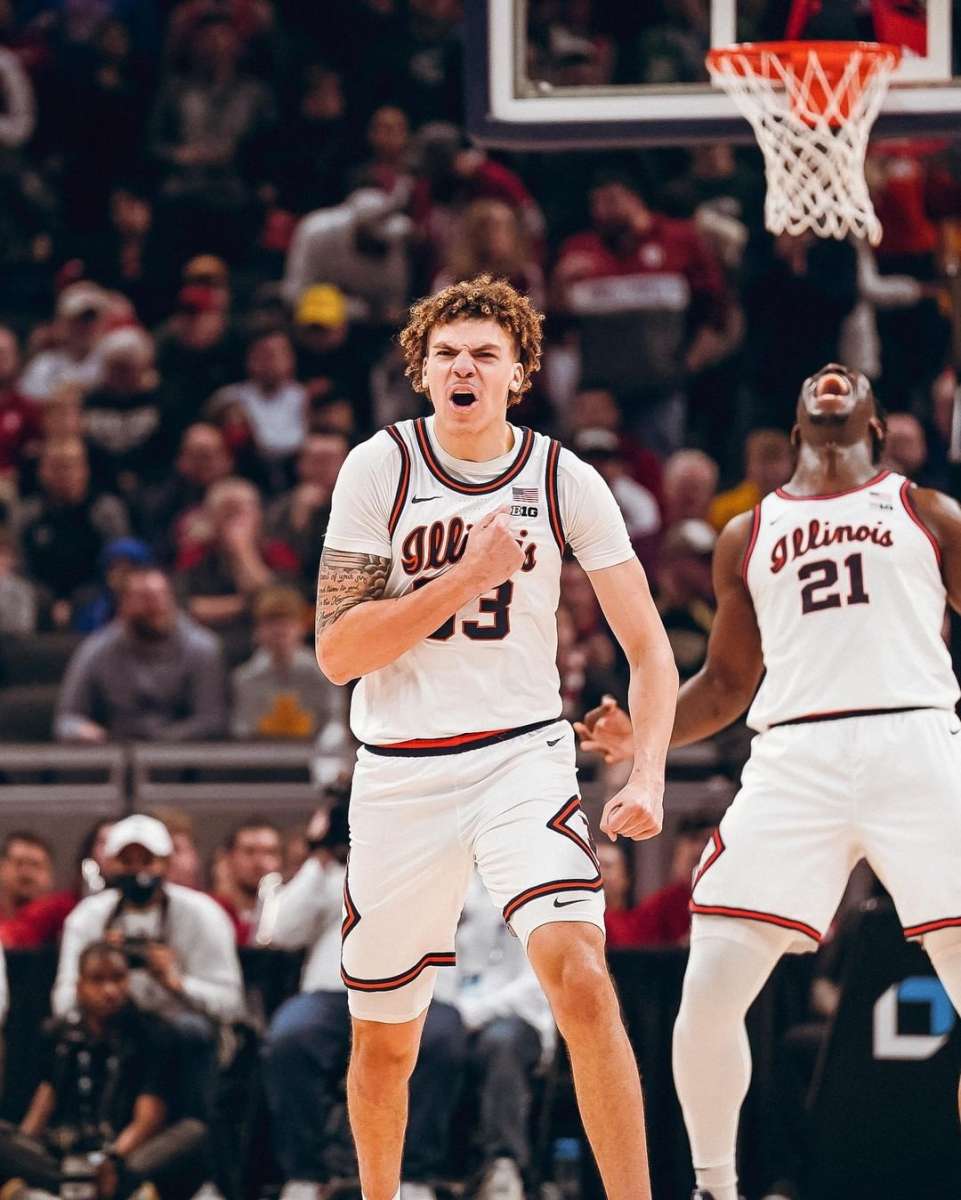 2022 NCAA Tournament: How Will the Big Ten Fare During March Madness?

Cancel all of your plans these next few weekends because…

March. Madness. Is. BACK.

Like last season, we’re here to dive right into the Big Ten men’s basketball conference and predict just how far each team will go in the 2022 March Madness tournament. With nine Big Ten schools competing for the second year in a row, we won’t waste any time as we jump into our predictions!

Now, we’re a little late to the party because Indiana already played their First Four game last night against Wyoming (12).

To no one’s surprise, they earned the win with a final score of 66-58. Their next game is against Saint Mary’s (5) in the East bracket. While they’re technically the lower seed here, we wouldn’t be surprised to see an upset. The Hoosiers run won’t end there either, because we also predict them winning in the second round against either UCLA (4) or Akron (13). But, the Cinderella story ends here, because our first official prediction for the Big Ten in the 2022 March Madness basketball tournament is that Indiana loses in the Sweet 16.

Next up is Rutgers (11) who also happens to have a First Four matchup to get through tonight against Notre Dame (11). While the Scarlet Knights aren’t the favorites in their First Four game, they aren’t ones to ignore. They have a roster full of experience and height that should help them withstand the 3-point onslaught that Notre Dame will bring their way.

After that first win, we predict them beating their next opponent in the round of 64, Alabama. If they manage to do that, it’s entirely possible that they face 3-seed, Texas Tech, in the round of 32. While we could see them winning that one too, we’re going to have to predict that their tournament run ends with this matchup.

Iowa, a five-seed this year, managed to walk away with the championship victory in the 2022 Big Ten Men’s Basketball tournament last weekend. We expect them to find more success during March Madness, but we can’t say they’re a lock to win the whole thing. As a five-seed, their first game in the tournament will be one of those famous “5-12” matchups that everyone thinks will end in an upset. We’re going to have to bet against the upset here and pick Iowa as the winner.

Where do we think their tournament comes to an end if they don’t win it all? The Final Four. We see the Hawkeyes potentially beating Kansas (1) in the Sweet 16, and  Wisconsin (3) in the Elite 8 to make it to the semifinals. They could very well prove us wrong and make it to the Championship and win it all, but that’s not our prediction for them this year.

Given our opinion of the Hawkeyes, let’s look at Wisconsin (3) next who are on the same side of the bracket. The Badgers are a solid team this season and are led by one of the best players in college basketball, Johnny Davis. Their first matchup of the tournament comes against Colgate (14) on Friday, which they should have no problem winning. After that they could face Iowa State (11) or LSU (6). If they end up playing LSU, you can almost pencil that in as another victory as that team fired their head coach just last Saturday.

We mentioned this above, but at the end of the day we see the Wisconsin Badgers making it all the way to the Elite 8 before being knocked out by who we’re assuming will be Iowa.

In their first matchup of the 2022 March Madness tournament, Purdue (3) will play against Yale (14) in what could be a game against two of the smartest schools in the tournament. We think they’ll win in the first round no problem, but after that is where we see issues for the Boilermakers. For our official predictions this year, we’re going to have to predict that Purdue bounces out in the second round. Regardless of who they face between Texas (6) and Virginia Tech (11) in round 2, we don’t see it ending well. It’d be a tough loss for Purdue fans, especially given their history of high-seeding in recent years.

Michigan (11) is up next for the Big Ten. The Wolverines drew an 11-seed this year and will look to see just how far they can get with it. Last year they managed to pull off a run all the way to the Elite 8. That kind of experience could mean good things this year, and we just might see another deep run for Michigan. But, when it comes to our predictions, we see a second-round exit at the hands of Tennessee.

We’re going to rip the bandage off quickly for Michigan State (7) here and say they don’t make it out of the first round. It’s an unfortunate reality that Spartan fans may have to deal with soon. It’s not a knock against their program or anything. This prediction has more to do with their bad luck last weekend.

In the Big Ten tournament, Michigan State lost their point guard, Tyson Walker, to a pretty bad ankle injury. While they get to wait as long as you can with a Friday night game, it doesn’t sound like Walker will be ready to go based on Tom Izzo’s latest comments. Plus, their first round matchup, Davidson (10), has enough talent and offensive firepower to pull off the upset here.

Up next for the Big Ten is Ohio State (7), another team we see having an early exit in the 2022 March Madness tournament. Recently, the Buckeyes have lost four of their last five games, so they already don’t have much momentum heading into the tournament. To add to the pain, their first matchup is against a team everyone should fear when the see them on their bracket: Loyola Chicago.

Yeah… sorry Ohio State fans. Our prediction is that your team loses that one.

Speaking of Loyola Chicago, let’s predict how they will do! We know, we know, they aren’t a Big Ten school. But, they’re too close to home to not include them.

Our predictions on their first game are pretty obvious, we see them having no problem taking out Ohio State. After that, well, we could really see anything happening. Loyola Chicago is one of those teams that everyone roots for in the tournament, and there’s always a chance they feed off that energy and make a deep run. It’s unlikely with potential matchups against Villanova (2) and Tennessee (3) just to make it to the Elite 8… but we’re rooting for them all the way! Our official prediction is that the Ramblers’ run ends in the second round. (Provided they play Villanova, of course.)

And last but certainly not least is Illinois (4)! We think we speak for a lot of Illini fans when we say this: What gives, selection committee?!

For the second year in a row, Illinois basketball has been put in a tough spot early in their bracket with a potential second round matchup against Houston (5). Now, like last season when they faced an 8-seed Loyola Chicago, Houston is too good to be a five-seed. It’s an unfair draw and one that could spell bad things for one of our favorite teams. Luckily, we’re predicting they prove everyone wrong and march all the way to the Final Four in the 2022 March Madness tourney. It’s something they should have done last season, but we digress.