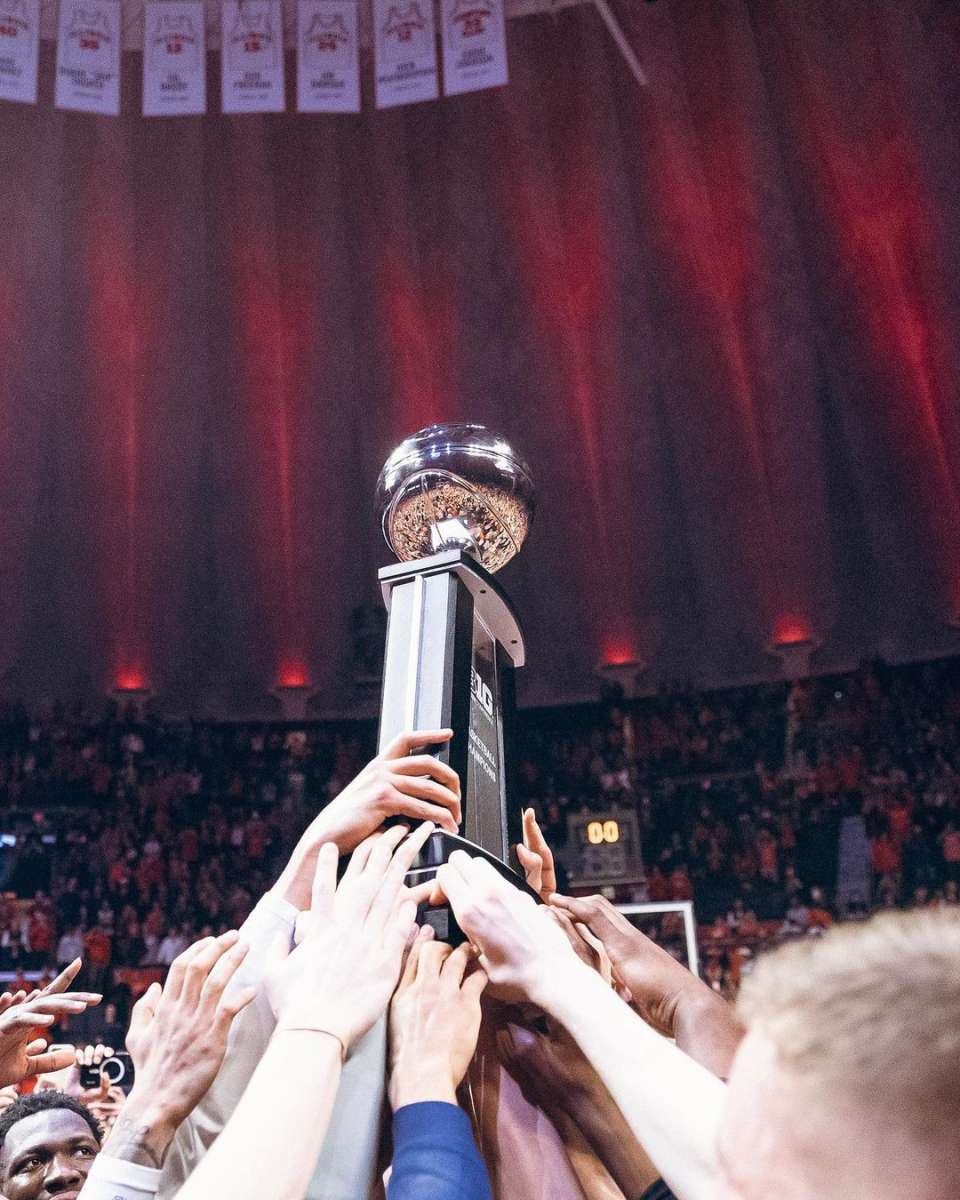 It’s that special time of the year, Big Ten college basketball fans. Starting tonight, all fourteen Big Ten schools will face off in their postseason tournament. A total of thirteen games will be played across the next five days, but only one team can be crowned the winner. The Fighting Illini of the University of Illinois men’s basketball program won it all last season. Will they find a way to repeat? Or will a newcomer rise to the top? Will dive into all of that and more in our 2022 Big Ten Basketball Tournament preview!

Tonight, the 2022 Big Ten Basketball Tournament begins with two games slated to kick off the conference’s postseason. First on the schedule is a game between Northwestern (12) and Nebraska (13), and a game between Penn State (11) and Minnesota (14). The Northwestern vs Nebraska game will tip-off at 5:30 PM CST with the Penn State and Minnesota game starting at 25 minutes after them.

After night one of the 2022 Big Ten Basketball Tournament, the winner of the Northwestern/Nebraska matchup will face-off against the Iowa Hawkeyes (5), and the winner of the Penn State/Minnesota game will move on to play Ohio State (6). These games will take place at 10:55 AM and 5:55 PM respectively. Two more games will take place Thursday, with Indiana (9) and Michigan (8) playing at 10:30 AM, and Maryland (10) and Michigan State (7) taking the court at 5:30 PM.

The quarterfinal and semifinal rounds take place on Friday and Saturday, and the tournament will conclude with the championship game on Sunday. We’ve included the full 2022 Big Ten Basketball Tournament schedule down below so you won’t miss a single minute of college hoops action!

* All times listed above and below are in CST *

The winners from the evening games of the quarterfinals – 12:25 PM on March 12

The semifinal winners from Saturday – 2:30 PM on March 13

How To Watch It

Now that you know when the games are playing, let’s talk about how and where you can watch them. For the first, second, and quarterfinal rounds, the games will be shown on the Big Ten Network and the Fox Sports App. If you have a Fox Sports subscription, you will also be able to stream the games online. For the final two rounds, you’ll want to tune into CBS to see the action. Or, if you remember to cancel it later, you can sign up for a free trial of Paramount+ and stream the final two rounds of the 2022 Big Ten Basketball Tournament from any device that supports their app.

Who’s Our Bet On?

Do we really NEED to answer that one? Take a wild guess at who we think is going to win the 2022 Big Ten Basketball Tournament. The Purdue Boilermakers? Nah. The Wisconsin Badgers? Gross. Our pick for this year is none other than the Fighting Illini from the Illinois basketball program.

Despite being at the top of the Big Ten Conference men’s basketball standings, Illinois ranks 16th in the latest AP Poll. This puts them behind Purdue, ranked 9, and Wisconsin, ranked 12. Even our record is identical to the Badgers, but we secured the tiebreaker over them in the standings after beating them earlier in the year. While it’s true that we no longer have Ayo Dosunmu leading the way, there’s no reason to believe these guys can’t run it back. We expect a big tournament showing from Kofi Cockburn and the rest of the guys, and we can’t wait to watch them get some momentum going before the Big Dance.