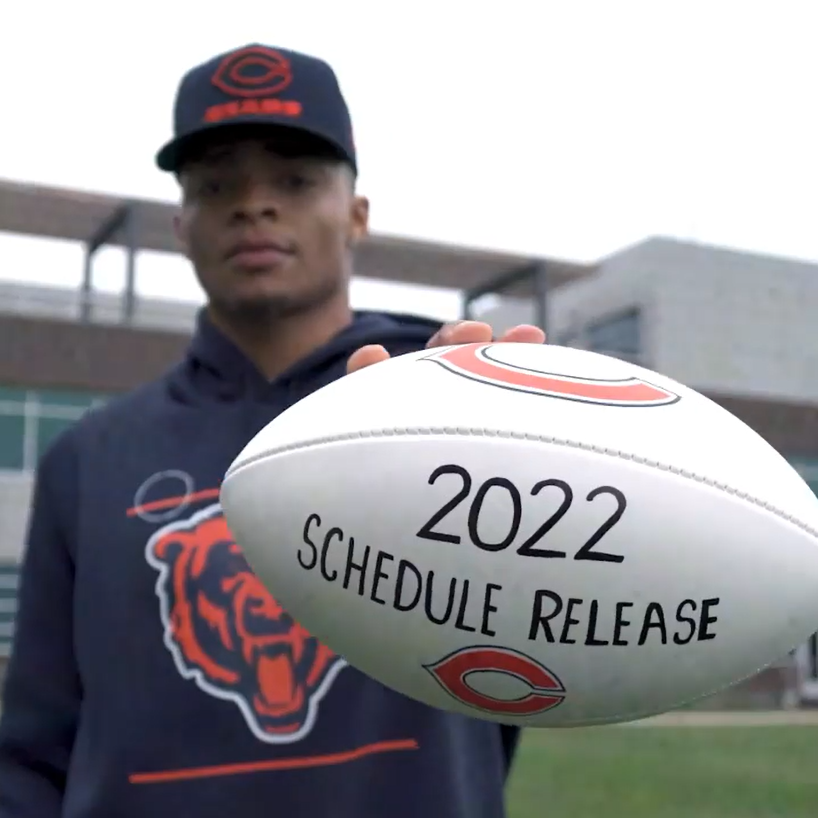 The NFL officially released the 2022 regular season schedules last Thursday, sending fans into a league-wide frenzy. Like most years after the schedule drops, there were plenty of win-loss predictions and strength of schedule rankings that followed. We’ll certainly get into our own prediction for the Bears this year, but first, we’ll dive into the 2022 Chicago Bears offseason.

From workouts, to minicamps, to preseason games, and more, there’s plenty to fill the 2022 Chicago Bears offseason calendar. Let’s kick things off with the pre-training camp events!

OTA Offseason Workouts: May to June

The first item on the Bears’ offseason schedule is their OTA workouts that are currently taking place at Halas Hall. OTA stands for organized team activities, which means the entire team of veterans and rookies will meet for these practices.

Earlier in the offseason, the Bears held their Rookie Minicamp from May 6 – 8. Some of the Bears top draft picks appeared to turn some heads, which is a great sign this early on. But, what excites us even more is that there were a few tryout players who performed well. Those guys included names like Christian Albright, a linebacker from Ball State, and Jon Alexandar, a safety from Charlotte. If the front office can find value outside of the draft, there’s no telling where we’ll be in a few years.

After minicamp, Training Camp is the next thing on the Chicago Bears offseason schedule. Unfortunately, we don’t have any extra details for dates, times, or tickets to share yet as the team hasn’t announced anything thus far. All we know is that Training Camp typically takes place towards the end of July, and that it will be held at Halas Hall.

Fans interested in staying in-the-know can visit the Bears’ website to keep up with any Training Camp schedule releases by signing up for email alerts.

The final set of football activities before the start of the regular season will be three preseason games starting in the middle of August! For a team like the Bears, these preseason games should be incredibly valuable for all the young, developing talent. And that includes second-year play-caller, Justin Fields. Here’s what you can look forward to with the Bears’ preseason schedule:

Second game: August 18 – Away matchup against the Seattle Seahawks at 7:00 PM CST.

Final game: August 27 – Away matchup against the Cleveland Browns at 6:00 PM CST.

Notice anything interesting about the preseason games? We’ll help you out. Week one against Kansas City. Still can’t think of it? Rhymes with Natt Magy… it’s the return of Matt Nagy to Chi-town!! If you end up at the game, try not to boo him too loudly, Bears fans.

Our Prediction For The Season

Now comes the fun part where we predict the final standings for the Chicago Bears regular season. Like many Bears’ fans, this prediction might be way too overly optimistic and unobtainable. But that’s okay. We’re fans, and we’re going to root for the best.So, with that said, here’s our prediction: the Chicago Bears will finish the season with a 9-8 record!

Don’t believe us? You’ll just have to wait and see how right we are! We’ll end this prediction with a complete breakdown of the wins and losses (don’t hold us to this too much) –

That’s it. Sign it, seal it, deliver it. We’ll see you all at the end of the season!