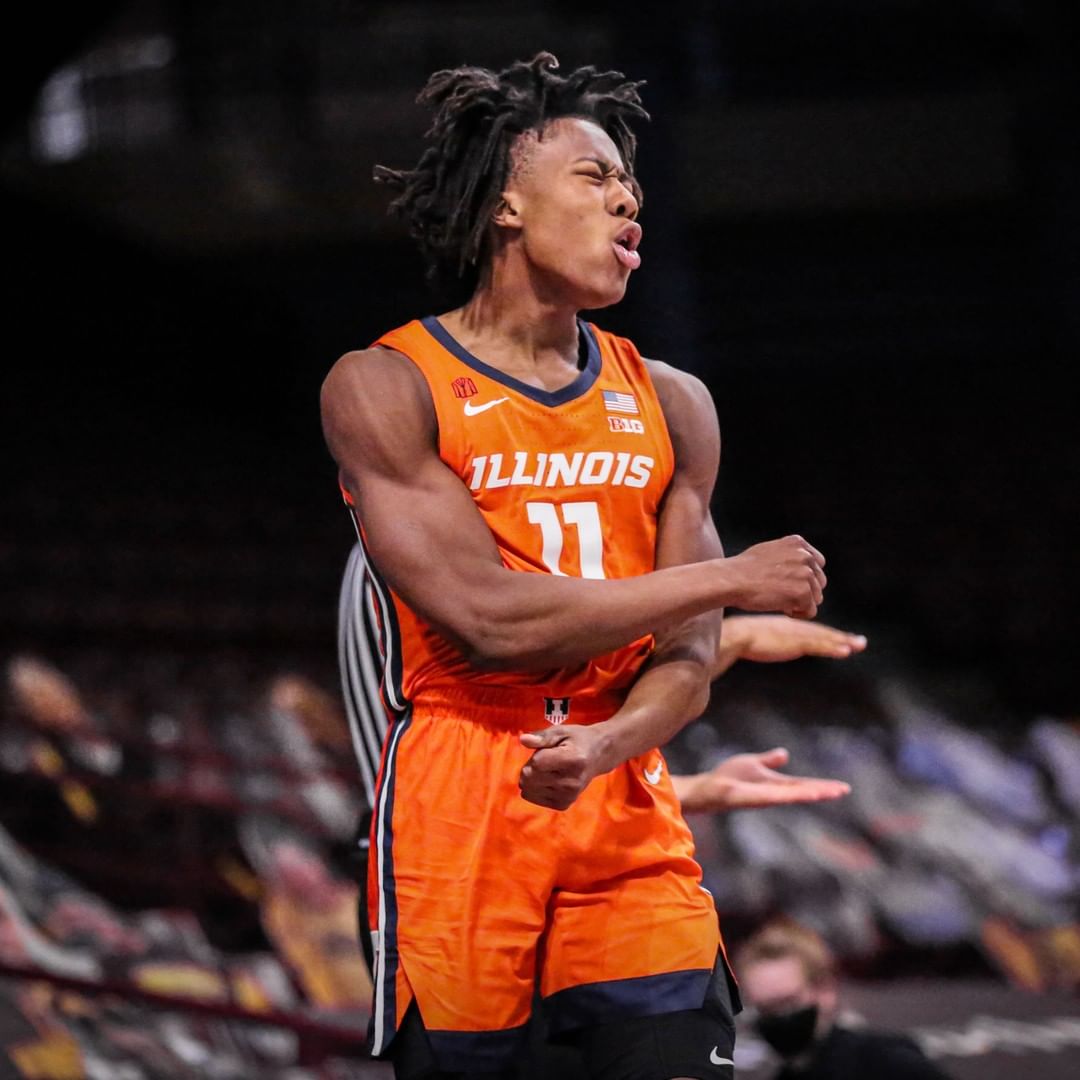 He has only been a part of the Illinois Men’s Basketball team for the better part of three seasons. But in that time, Ayo Dosunmu has earned his place among the Illini greats. It all started in his freshman year in 2018. That season, Dosunmu would go on to earn All-Big 10 Freshman Team honors while also being listed as an honorable mention for the All-Big 10 Team. Despite the teams losing record his freshman year, it was clear that the Illini basketball program had a rising star in their hands.

After strong showings during his first two years in the NCAA, Ayo Dosunmu hasn’t let his foot off the gas in year three. This season, Dosunmu is averaging 21.2 PPG, 6.2 boards, and 5.3 assists. Dosunmu’s efforts have helped lead the Illini basketball team to a 16-5 record, with a current ranking at #5. And when it comes to his performance recently, you’d have a hard time arguing against Dosunmu being one of the best players in the country.

In a game against the Minnesota Gophers on February 20, Dosunmu made Illinois basketball history when he notched his second triple-double of the season. There had only ever been two other instances where an Illini recorded a triple-double, but now there are four. And Dosunmu is half of them. With the way Dosunmu is playing, he’s put himself in consideration for winning the Wooden Award, and the National Player of the Year award. His close competition for the Wooden Award will most likely come down to University of Iowa Center, Luka Garza. But when the two teams played earlier in the year, Illinois got the win. And Ayo Dosunmu, like usual, led all players in scoring.

His Place Among the All-Time Illini Greats

Given the career that Ayo Dosunmu has had on the University of Illinois Basketball team, it’s almost certain he’s catapulted himself to being a top 10 player in program history. He may not have passed names like Deron Williams, Nick Anderson, or Derek Harper, but he’s right there with them. If he would’ve had the chance to show off his talent in the March Madness tournament last year, who knows how high he’d be on that list. Ayo will have the chance to build on his college resume in next month’s tournament, and we’re definitely excited to see how far he’ll take this team in March.