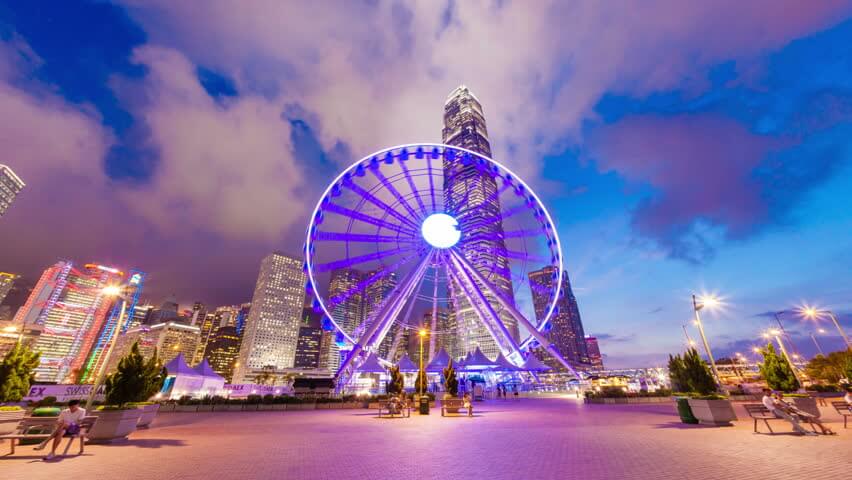 The iconic Ferris wheel at Navy Pier is getting revamped. The new and improved, up-to-date version is set to open in the summer of 2016, and we couldn’t be more excited for its debut.

2. There will be 42 gondolas, which adds two more than the previous wheel. The capacity for each car will hold up to ten people (8 adults, 2 children), allowing four more individuals per car than before.

3.  You’ll get to circle THREE times around, instead of just once, and it will happen on a start/stop rotation. This system will stop the wheel to load six cars at a time, allowing for more time at the heightened points to take in the breathtaking views.

4. Equipped with Low-E high-tech safety glass, the new gondolas will be enclosed, air-conditioned, and climate-controlled for optimum comfort. This new addition will allow the Ferris wheel to be open year round.

5. The new wheel will be equipped with individual seats, which is a bit different than the bench seats that are seen on most wheels.

6. The wheel is the same model as the Hong Kong Observation Wheel (pictured above), which was built to withstand the destructive typhoons that terrify that area. This design is able to combat 115 MPH winds, and will help the new Ferris wheel prevail in the most severe Chicago weather.

8. You’ll get a longer ride than in the past, too! New times are set to last 12 minutes instead of seven minutes.

9. The gondolas will be “Navy Pier blue” in color. Previously, these were red, but this change will keep the signature Navy Pier blue color a consistent theme throughout the area.

10. Video screens in each car will present interesting facts on an interactive screen for more entertainment on the ride.

Navy Pier is canceling events and festivities until Spring 2021 due to the COVID-19 health crisis.