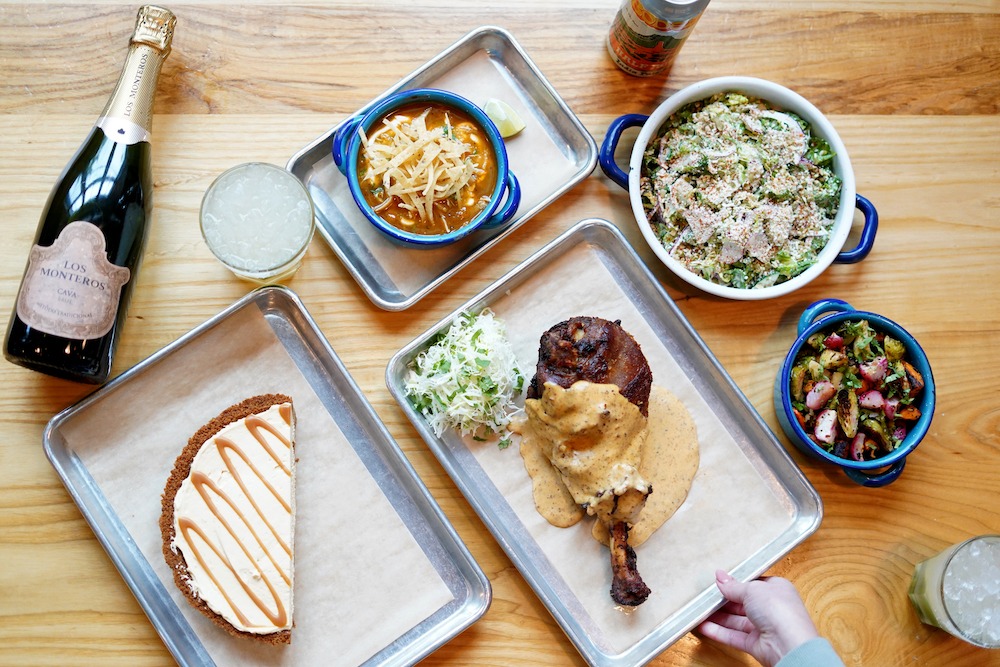 10 Best Places to Get Breakfast & Brunch in Logan Square

As one of Chicago’s most popping hoods with diverse art, music, community, and culture, it’s no surprise you’ll also find great grub in Logan Square. A good breakfast or brunch always starts the day off right and Logan Square is chock-full of delicious options — so many, in fact, that it would take you until dinner time to choose where to go. So we did the grunt work for you and narrowed it down to the 10 best places for breakfast & brunch in Logan Square. Tell me: are you team omelette or team egg benedict?

The Chicago Diner is one of the city’s most popular vegan-vegetarian eateries. It first opened in Lakeview in 1983 at the disbelief of many who thought the concept itself was bizarre. In the style of a classic diner with vintage ads, neon lights, and comfort food, the meatless menu was what confounded folks, but naysayers be damned as the diner grew to be popular and successful. In fact, the Chicago Diner expanded into Logan Square with its second location, which features a full bar with nine taps.

If you’re looking for a destination to order breakfast or brunch, we recommend trying the Smoked Paprika Potato Hash, Homemade Seitan Bacon, Portabella Truffle Melt, or Cinnamon Roll French Toast. Save room for the diner’s award-winning milkshakes too! Brunch is served daily until 3 p.m.

Since 1977, this bustling diner has served breakfast, sandwiches, and other classic comfort food in a casual environment. The menu boasts a large selection of all your faves from omelets, benedicts, skillets, pancakes, and french toast for breakfast and sandwiches, salads, and entrees for heartier meals.

Coffee’s also a big hit at this Latin eatery. Drink to your heart’s content with the bottomless Cafe Americano, which will give you an energy boost for the rest of the day. Breakfast and brunch are served daily until 4 p.m.

The farm-to-table movement has been a core principle for Lula Cafe since it opened in 1999. Dining at Lula is casual, yet sophisticated. There’s a focus on ingredients from sustainable sources, including fresh farm eggs, cornmeal ground from a local mill, meats, fish, and more. With accolades like features on NPR’s “This American Life” and The New York Times, as well as being named a Michelin Bib Gourmande, Lula is a must-try.

Treat your taste buds to delicious breakfast items at this restaurant in Logan Square like the Buttermilk Pancakes or the Tofu and Vegetable Scramble. For brunch, try the Potato Crepe or Cardamom Swirl French Toast.

We tried The Duplex a few months ago and are now officially obsessed with their pork belly egg benedict! Pork belly and poached egg on a biscuit, drizzled in their house chipotle hollandaise sauce. They also have a killer bloody mary with real beef jerky, and delicious mimosas at your fingertip. Come check out their full brunch menu next time you’re planning a weekend in Logan Square!

Longman & Eagle is a modern take on a traditional Chicago inn, offering drinking, dining, and sleeping accommodations. With an upscale rustic vibe, the space provides a cozy atmosphere for you to get your chow down.

Some must-try breakfast and brunch items include the Chicken & Waffles, Shakshuka, and House Cured Salmon. If you’re a Bloody Mary fan, Longman & Eagle has you covered with a couple of special takes on it. There’s the classic Bloody with vodka, but also the Bloody Lawrence with whiskey or Bloody Maria with tequila.

Start the day off with some full-on glam at The Whale. With a mid-century gambling theme––and name––the space is luxurious and so’s the food. Brunch is served on the weekends from 10 a.m. to 3 p.m.

Treat yourself to the Lobster & Waffles, which includes a southern-fried lobster tail with crystal honey sauce, bourbon maple syrup, and mixed greens. The Steak & Eggs includes a dry-aged strip steak, sunny-side up eggs, and crispy fingerling potatoes with béarnaise. For those with a sweet tooth, try the Blueberry Muffin Iron Skillet.

Indulge in authentic Cuban culture and cuisine at this local chain decorated with colorful murals in a casual setting. 90 Miles Cuban Cafe takes its name from the distance the owners of the cafe, the Gonzalezes, traveled from Cuba to Key West. They came with a dream to represent their roots and bring traditional Cuban fare from their kitchen to the public

The menu has a large selection of classic Cuban foods, like the Cubano, empanadas, ropa vieja, and more. It’s hard to step foot into 90 Miles without trying their famous Cubano, a Cuban staple that will warm you up ASAP and a solid brunch option.

Pies usually have either a graham cracker, pretzel, or butter pastry crust filled with all sorts of delicious concoctions. Biscuits are warm, flaky, and just as addicting as the pies, served plain, smothered, or with savory or sweet fixings.

Lonesome Rose is a creative Mexican and Tex-Mex hotspot with not one, but two bars. Four breakfast taco options include potato, chorizo, bacon, and black bean. If tacos aren’t enough, the hefty Breakfast Burrito will surely fill you up.

Golden Nugget is a Chicago staple. With old school diner vibes and the classic diner eats, you can’t go wrong with a visit to this pancake house. Fluffy, buttery pancakes homemade from scratch are one of Golden Nugget’s most popular and featured items. The same recipe has been used for over 50 years and they’re still made fresh from scratch every day.