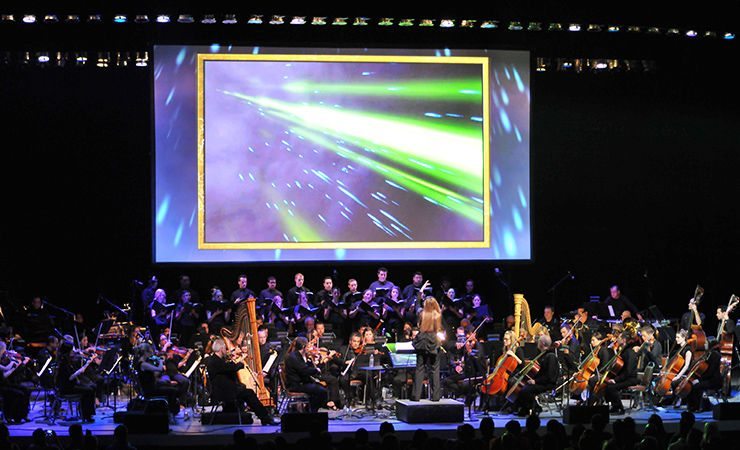 Last week, we were honored to represent Chicago Genie at The Legend of Zelda: Symphony of the Goddesses show at the Auditorium Theatre in Chicago. This multimedia presentation of Zelda gameplay and musical selections was executed to perfection and driven to a pair of encores by the magnitude of cheering fandom on hand.

Jason Michael Paul Productions Inc. and Nintendo co-produced this show as part of a larger international tour. In-game imagery of various Zelda title games was displayed on a large screen above a 90 piece symphony orchestra including musical talent local to Chicago. Elmhurst College’s impressive choir set alternately chilling and inspiring vocal tones while the Zelda Symphony Orchestra, full of talented sections and soloists, filled the space with memorable selections, a few of which are embedded within this medley:

While many recognize “The Legend of Zelda” as a ubiquitous video game title, others may not realize both the depth of its influence on the video game industry and the deep roots engendered by this long-standing franchise among gamers of all ages. It’s fitting that Zelda’s title begins with the phrase “The Legend of,” as it is as prominent and enduring as its early Nintendo brethren such as Super Mario Brothers and Tetris.

In fact, love for The Legend of Zelda universe runs so deeply that the game was considered among the first class of inductees to the World Video Game Hall of Fame this year.

“When deciding which games deserve to be nominated and inducted, we looked at four key factors: icon status, longevity, geographical reach, and influence,” said Jon-Paul Dyson, director of The Strong’s International Center for the History of Electronic Games, which created the Video Game Hall of Fame. “The Legend of Zelda stood out within all four of those factors and was the one that most provoked the ‘why didn’t that make it in?’ response.”

While The Legend of Zelda did not make the first cut, it will almost certainly be included in future inductees due to its persistent fan base. In fact, this pervasive love for the Zelda franchise runs so rampant as to inspire cosplay–the creation and wearing of costumes as a fan homage to characters from creative works–that is present at nearly every gathering of things related to video games, comic books, or pop culture. See our image gallery for photos from this Chicago event as well as promotional photos from the symphony’s production. 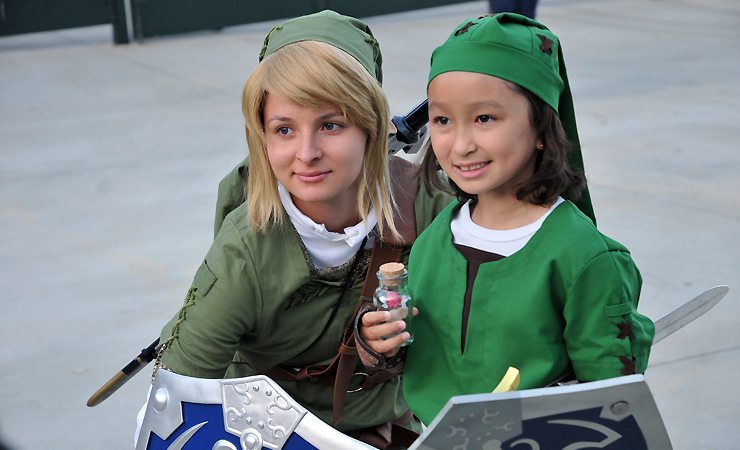 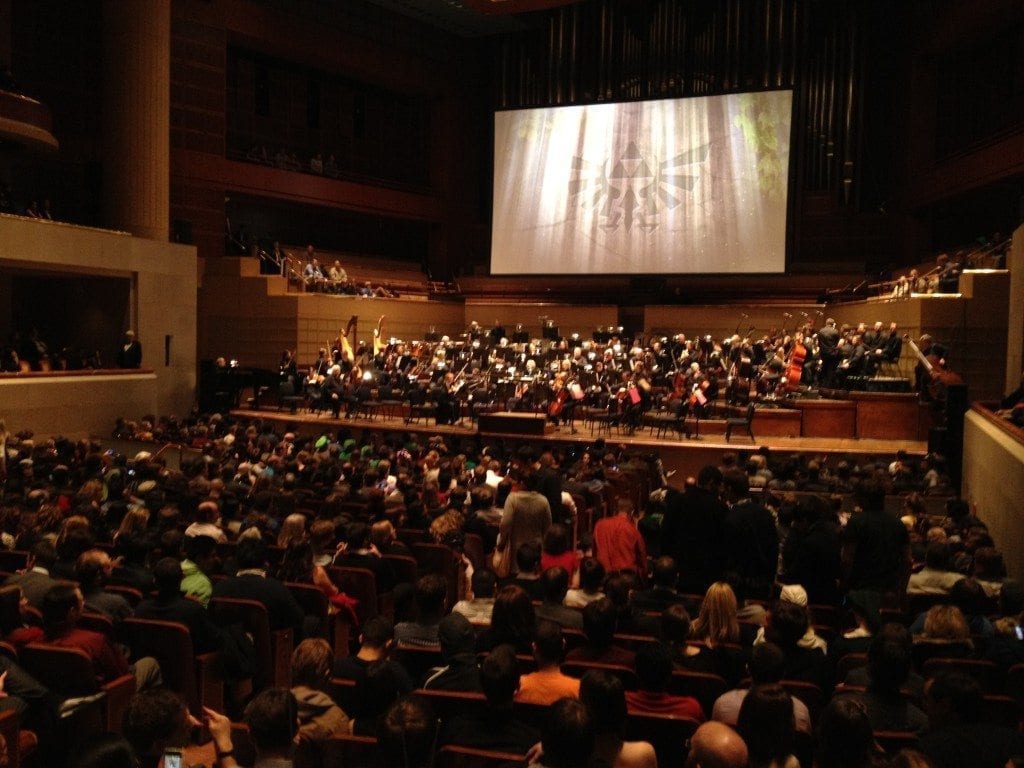 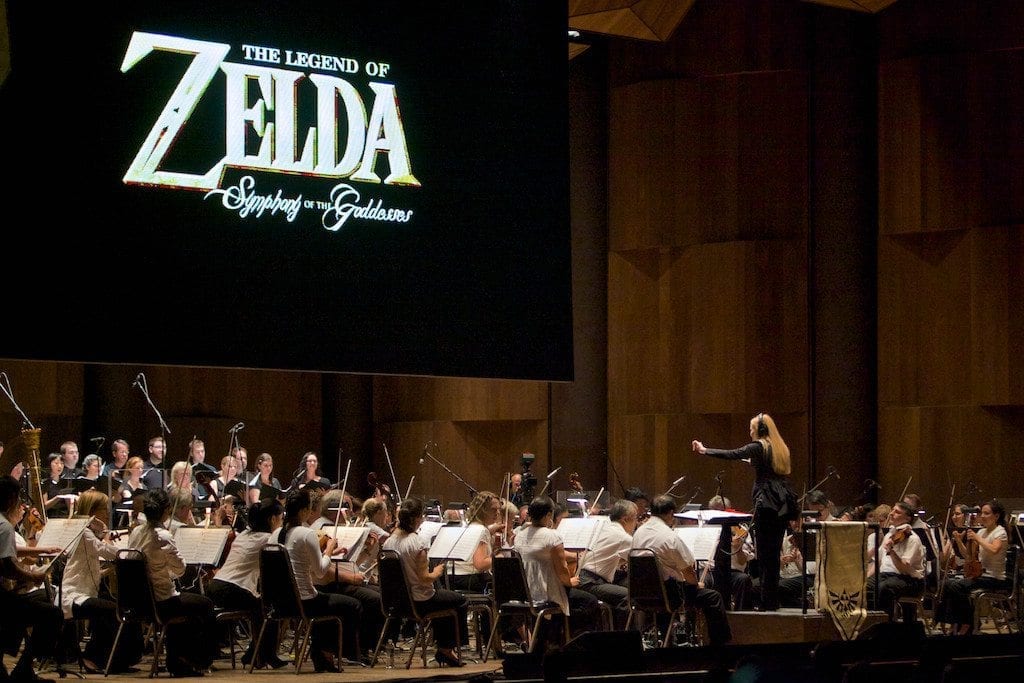 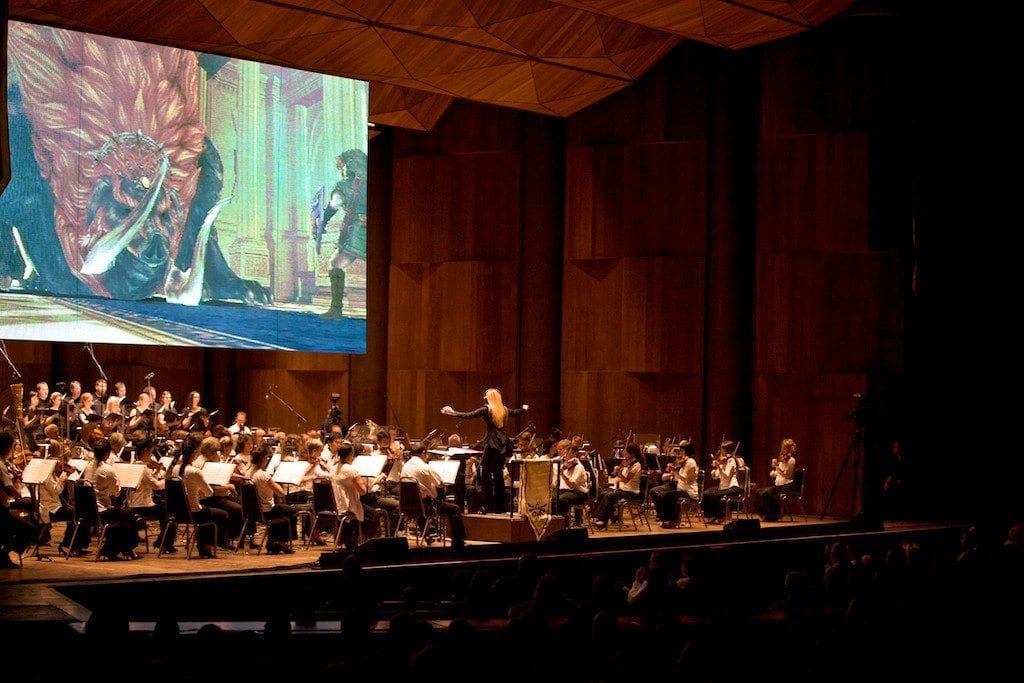 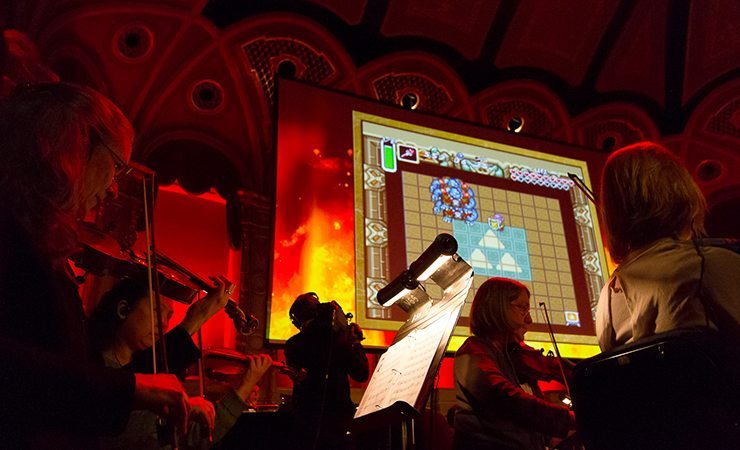 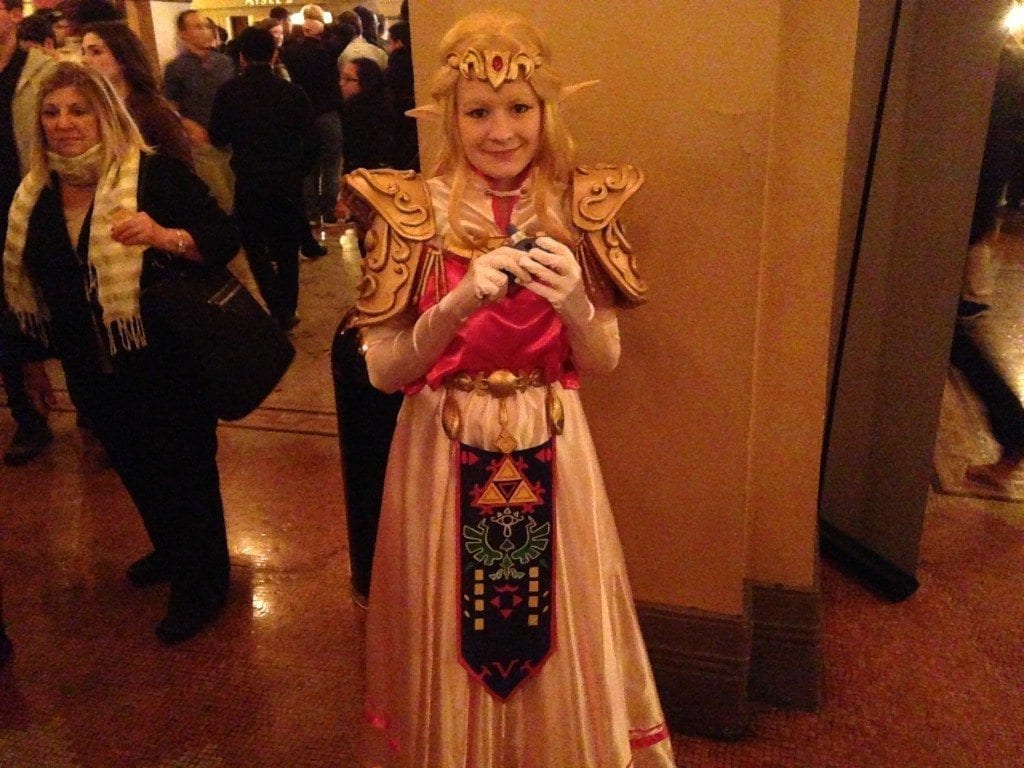 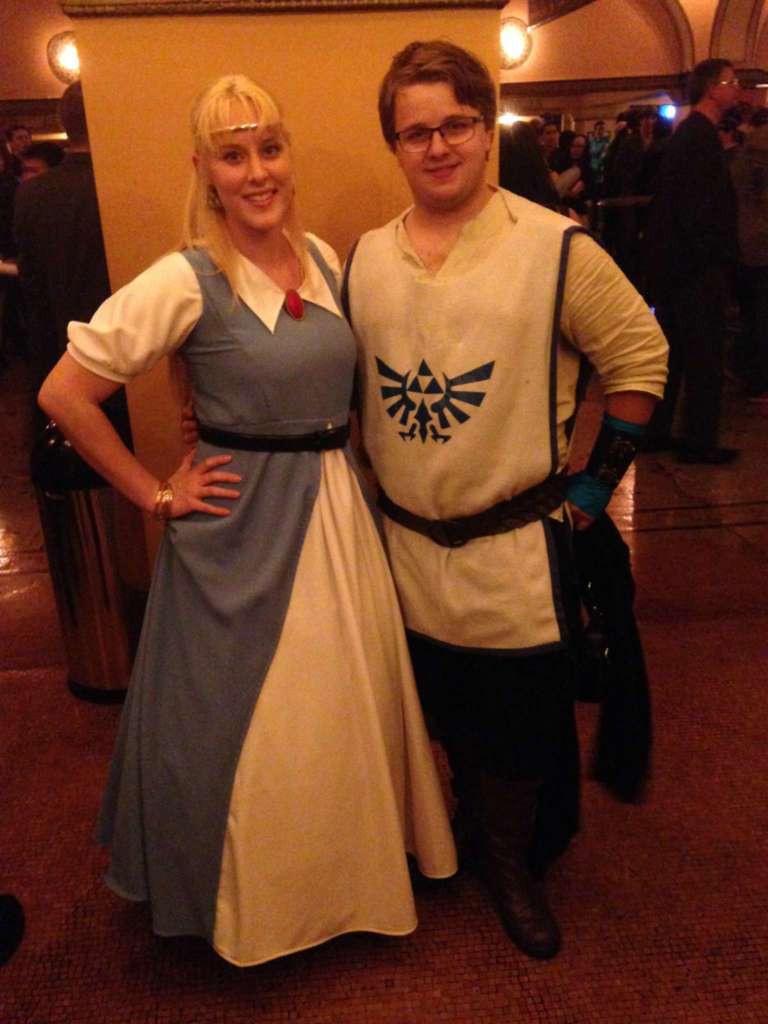 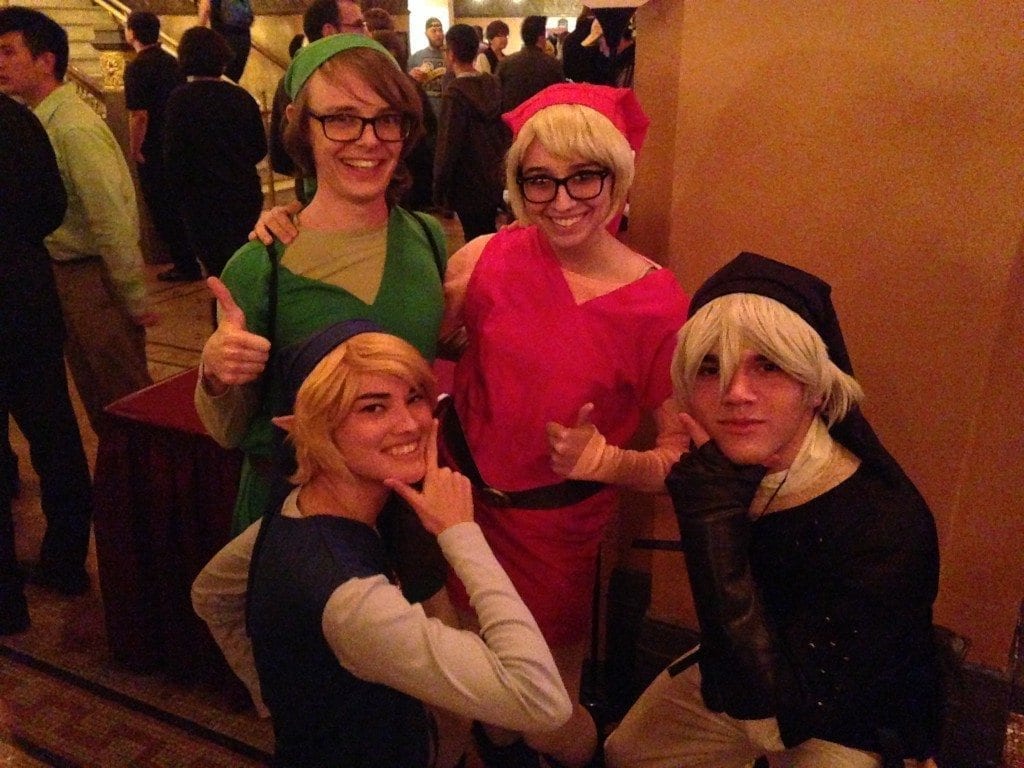 In the end, the longevity of classical music might just be preserved by nerds because we never let anything we love die! We freely admit being among the other gamers, dreamers, and fans standing and cheering for further encores from this amazing live symphonic presentation of beloved songs from such an iconic game. After all, who says we geeks never leave the basement?