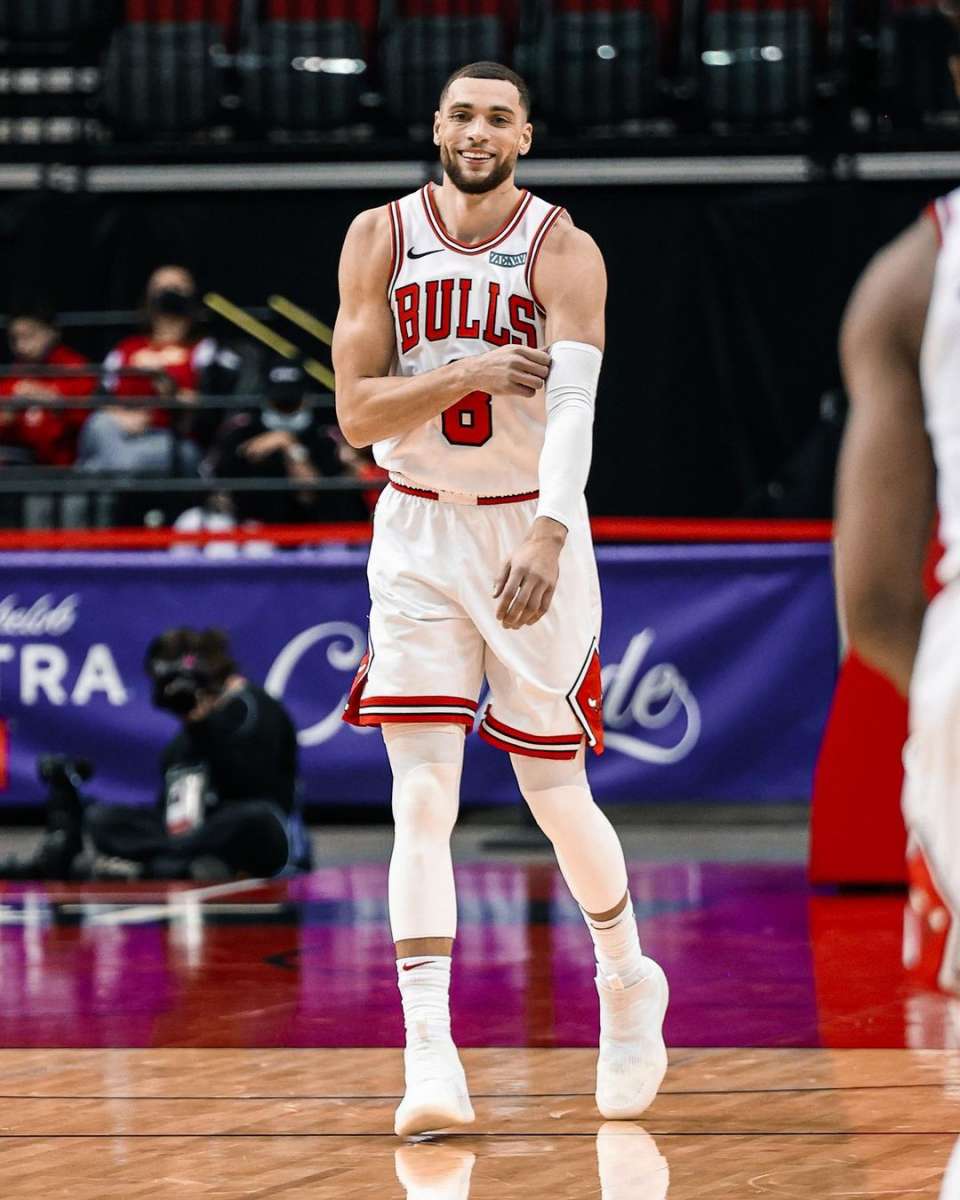 Sound the alarms people! Zach LaVine has been named an All-Star for the first time in his NBA career. And it’s about damn time that’s for sure! For the 2021 All Star Game, Zach LaVine will take on a reserve role for the East in his debut. LaVine sure deserves the ASG nod in his seventh season as he’s led the Chicago Bulls to a 15-18 record which puts them half a game out of the playoffs. He’s been an absolute force to be reckoned with and the last time he took part in some All Star Weekend activities, he won back-to-back Slam Dunk Contests. We sure can’t wait to see what he’ll do coming off the bench for the East.

What Led to Zach LaVine’s All Star Selection

The road to Zach LaVine’s All Star appearance was a bumpy one. He has been a star in the league for years, even back when he was playing further north. But he could never catapult himself in the eyes of All Star game voters. And thus, he was left watching the games from the couch. While he has yet to play minutes in an All Star Game, he has taken part in a pair Slam Dunk Contests. Back in 2015 and 2016, LaVine won consecutive dunk contests as he wowed the judges and the rest of us with his hops. It was clear to the rest of the league that the kid was a star, unfortunately, injuries would be the only thing to slow him down.

In the 2016-2017 season, Zach LaVine tore his left ACL and wouldn’t return to basketball for another 11 months. When he did finally return, he would be wearing a new uniform. Zach made his debut for the Chicago Bulls on January 13, 2018 in a victory against the Pistons  where he scored 14. About a month later, he led Chicago with 35 points in a win against his former team, the Minnesota Timberwolves. He hasn’t slowed down since, and hasn’t left Chicago either. We certainly hope he chooses to stay for the rest of his career.

This season, Zach LaVine is averaging a staggering 28.7 PPG, 5 assists, and 5.2 rebounds. There’s a reason he’s finally taking part in the ASG, and Chicagoland couldn’t be prouder of the young Bull.

The NBA’s 70th All-Star Game will take place on Sunday, March 7 at 8PM EST. You’ll be able to watch the game and the rest of the weekend’s events on TNT. Over the course of All-Star Weekend, the league will also host a Skills Challenge and 3-Point contest, with the Dunk Contest taking place during halftime of the ASG. Who knows, maybe Zach will step in during the break to win his 3rd.