Yelp Names 3 Chicago Restaurants Among the Top 100 in America

Time to dig in. 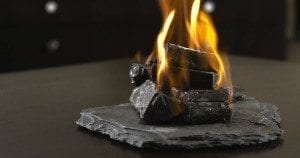 Yelp has released their newest list, the Top 100 Places to Eat in the U.S., and unsurprisingly, Chicago is well represented.

The Windy City posted three different Top 100 restaurants: Alinea, one of the most well-known and respected restaurants in town, Girl and the Goat, from James Beard Award-winning chef Stephanie Izard, and Bavette’s Bar & Boeuf, an upscale speakeasy-style steakhouse on West Kinzie.

Alinea came in the highest, at number 19. The Girl and the Goat finished a respectable #38 while Bavette’s barely cracked the list at #98.

So who held the number one spot? California-based Porto’s Bakery & Café, a family-run business with multiple locations, took home the crown.

The rankings were based on Yelp’s community opinion, with all 100 of the offerings holding the status of “must try within this lifetime.” These were decided based on both total number of reviews and the ratings they received, yet only “only reviews written by users whose profiles list their home location as within the reviewed businesses’ country were factored into the ranking.”

This year’s list was unique compared to prior editions, as it took a more comprehensive look at the restaurants in question. Ratings and reviews dating as far back as Yelp’s founding were considered, which gives the list a bit more prestige than it would have otherwise. Last year’s list took into account only a restaurant’s recent performance.

A diverse mix of restaurants were also taken into account. Burger joints, white tablecloth dinners, BBQ places, and ethnic venues were all represented in bulk.

Almost 50 of the top restaurants were located in California, while New York and Las Vegas also held quite a few of their own. We’re sure these restaurants are great, but it’s more than likely that customers in these states just really like to rate places on Yelp.