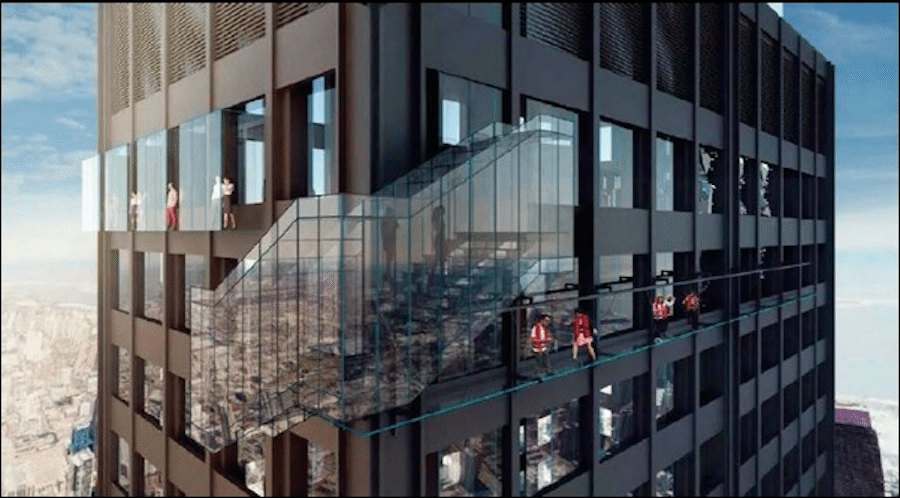 Pretty Soon, You Might Be Able to Rappel Down Willis Tower

This is absolutely wild

A little over a month ago, we shared the news that Willis Tower would be undergoing $500 million worth of groundbreaking renovations that will completely change the building’s experience from a commercial, residential, and recreational level. Now, more details on these developments are coming to light, and some of them are pretty ballsy.

Can you imagine what it’d be like to rappel down one of the tallest buildings in the Western Hemisphere? If you can’t, you might just have to try it for yourself. Blackstone Group, the developers behind Willis Tower’s upcoming renovations, is ideating around this feature for their Skydeck expansion plans.

If you’re more of a cautious daredevil, then you’re covered, literally, because rappelers would be enclosed in a glass case running down from the 103rd to the 102nd floor, similar to the glass case that’s used for the Ledge. Additionally, the developers have an idea for another feature that plays upon the existing Ledge, which gives the illusion of stepping out into the air within a protective case, except they’re now eliminating the case altogether. Pretty soon, visitors might be able to step out onto an outdoor balcony on the 103rd floor, with only a harness for safety. If that isn’t enough, another extraordinary element that might become a reality is an outer, glass-enclosed staircase from the 102nd to the 103rd floor. Sounds like the recipe for a thrill-seeker’s paradise.

Blackstone Group sees tremendous opportunity for increased tourism to Willis Tower, which is already one of the most popular attractions in the city. They are particularly optimistic about the future of the Skydeck, which they plan to double in size by expanding to the 102nd floor.

Aside from the entertainment attractions, the developers plan to add many restaurant and retail operations throughout the Tower, including the Skydeck. With these renovations alone, revenue is projected to skyrocket.