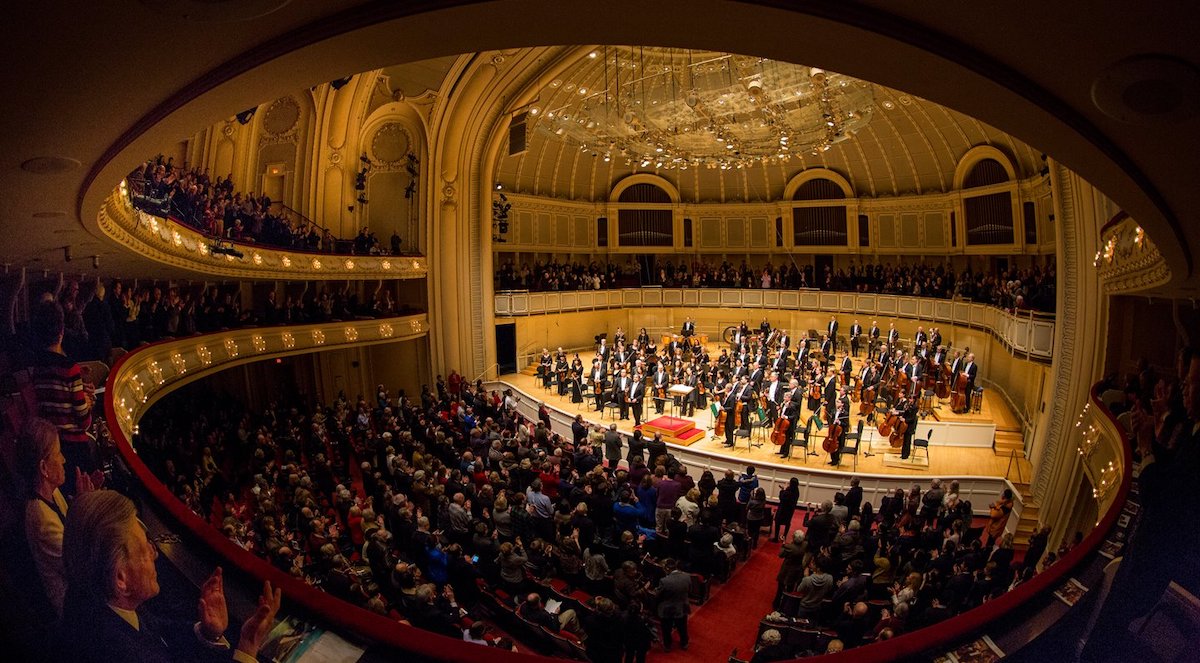 What Movies Can You Catch During ‘Movies at the Symphony’ at the Chicago Symphony Orchestra?

Casablanca is widely regarded as one of the greatest, if not the greatest, film in all of cinema history. It features iconic performances from some of the Golden Era’s greatest stars like Humphrey Bogart, Ingrid Bergman, Paul Henreid and Claud Rains as well as some of the most memorable dialogue ever written for the screen. It also features some of composer Max Steiner’s best work and recently, the Chicago Symphony Orchestra had the distinct honor of performing Steiner’s score and I had an opportunity to attend.

To be clear, this is not a review of the film as there isn’t anything I can add to the legacy of Casablanca nor is this a critique of the Chicago Symphony Orchestra as their work was ,and is, impeccable. In an effort to draw in a broader audience, the CSO began a “Movies at the Symphony” series that features films and their scores while the film is shown on a massive projection screen with the orchestra playing the score to accompany the film. Several of their past films include Lincoln, A New Hope, The Empire Strikes Back (which I’ve also attended) and during December 2021, they showcased Home Alone.

The orchestra, conducted by Richard Kaufman, were in-step for the entire performance as their love of the film and Steiner’s work is evident from the very first note that plays over the Warner Brothers logo. Historically, Max Steiner hated having to work on the film as the song “As Time Goes By” is featured prominently and he didn’t want to be forced into crafting a score based around the song. He would go so far as attempting to lobby the studio to reshoot several scenes. For context, this is during 1942 and reshoots were unheard of during the era of movie studios operating as film factories. Kaufman began the orchestra’s performance with a brief introduction and quickly led into conducting but the crowning achievement of the evening was the performance of the French National Anthem during the film as it drowns out a German folk song titled “The Watch on the Rhine”. It is a poignant moment in the film as the sound of freedom symbolically drowns out is oppressors.

While the run of Casablanca has concluded, tickets are available for Jurassic Park running March 25 – 27 and Return of the Jedi running June 30 – July 2. You will find me at both performances as a well-dressed nerd wearing either a Jurassic Park shirt or a Star Wars shirt under my suit jacket.