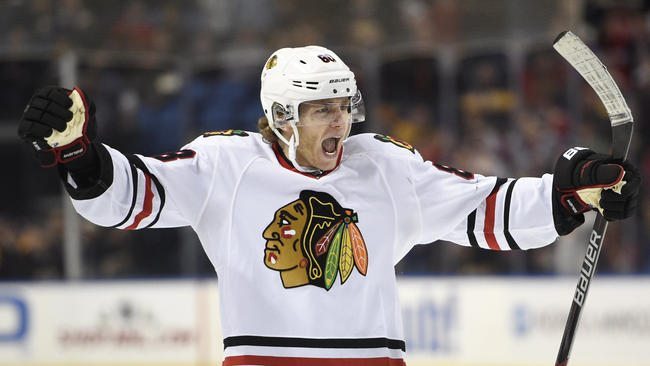 Watch All 37 Patrick Kane Shootout Goals in One Video

Patrick Kane, you may have heard of him…

With a controversial and tumultuous offseason in the rear view mirror, Patrick Kane’s play on the ice this season has been nothing short of spectacular. The 27-year-old winger is off to the best start of his career, leading the NHL in points (50) and assists (29), standing at 2nd in goals (21) and powerplay goals (11), 5th in +/- (+15), and sixth in game-winning goals (6).

“Showtime,” a nickname Kane earned after shouting the word twice following a goal celebration in 2014, has been exceptionally remarkable of late, putting together a 26-game point streak, the longest ever by a Blackhawk, U.S. born player, and the longest in the last 23 years.

Basically, the man has morphed himself into a machine, though as Hawks fans know, he’s been one of the most fun players to watch for his entire professional career. When Kane has the puck in his possession, exciting things happen, period.

All of the hype got us thinking… Know what else is exciting? Shootouts.

37 Patrick Kane shootout goals and a bunch of helpless goalies.