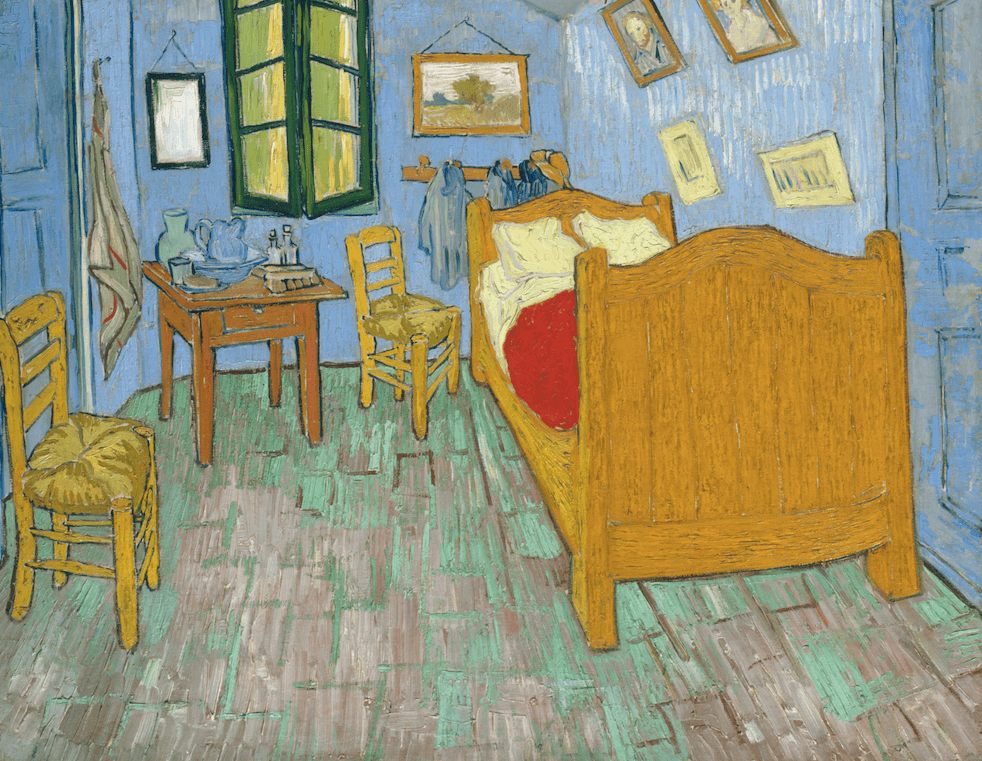 The arrival will be a first for North America.

Vincent Van Gogh’s bedroom paintings are coming to the Art Institute, and for the first time in North America, all three of them will be displayed side by side. The paintings, along with 36 total works of the artist, will be shown to the public beginning on February 14th.

Van Gogh’s bedroom is routinely characterized as one of the most popular chambre (living quarters) paintings in the world. Over a one-year span, the artist created three different renderings of the painting. The first, which he painted while living in the house, originally experienced water damage.

Fearful that his painting would deteriorate over time, Van Gogh painted a second version while at an asylum in Saint-Rémy. This second painting remains at the Art Institute on a permanent basis, where it remains one of the most popular exhibits to date.

The third painting, created on a smaller canvas than the others, was a gift from Van Gogh to his mother and sister. The artist created it in just a few weeks after the second’s completion.

Upon first glance, each painting appears to mimic the other two identically, but a closer examination reveals the striking differences – particularly in the portraits above the bed on the right side.

Van Gogh’s Bedrooms, as the exhibit is named, features 36 paintings, drawings, and illustrated letters from the renowned artist. A digitally enhanced reconstruction of his bedroom will allow viewers to see the differences between his artistry and the actual living quarters. Lastly, a selection of books and other belongings that were previously in his possession will also be on display.

The exhibit will be viewable from February 14 – May 10, just in time for Valentine’s Day. A member preview will available on February 12-13.

You can learn more about the paintings and the exhibit at the Art Institute’s official site.

Best Soccer Bars in Chicago to Watch the Euro 2020 Tournament