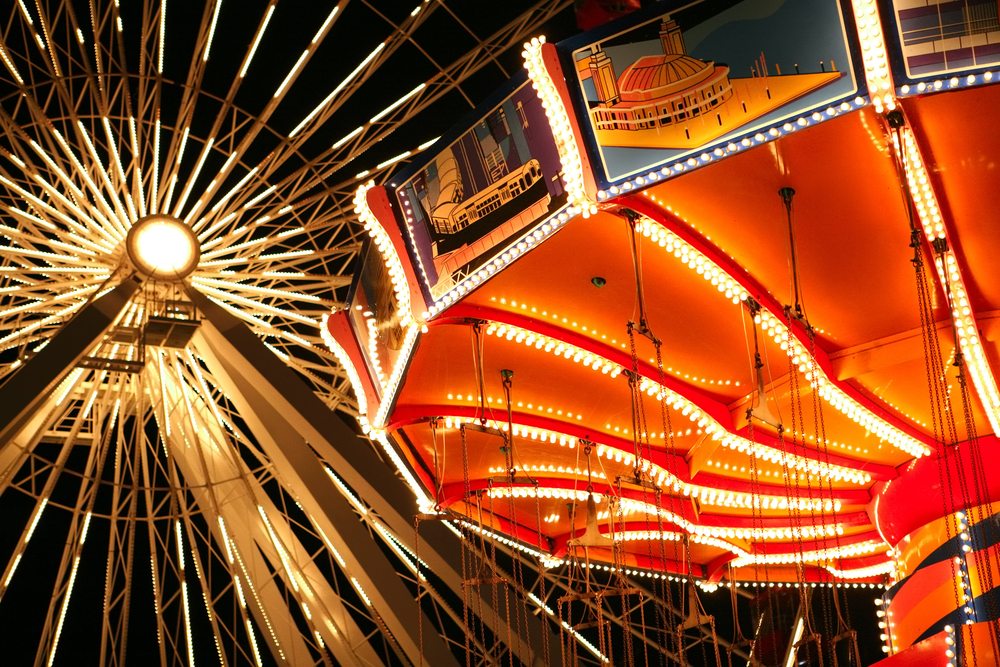 Everything Going On for Valentine’s Day at Navy Pier

Last week, we came out with the ultimate guide to Valentine’s Day in Chicago. Well, it turns out that at Navy Pier alone, there’s tons of fun and interesting activities in celebration of V-Day.

And it’s not just Valentine’s Day. Navy Pier’s festivities have you covered for all of February and even March! Whether you’re the theater-going type or a super-active workout junkie, Navy Pier has something for you. Flying solo? Navy Pier has plans for singles too.

For all you lovebirds, here are your options at Navy Pier.

Speed Dating on the Centennial Wheel

Teaming up with Chicagoland Singles, Navy Pier will host an event where people can try to find love up nearly 200 feet in the air on Thursday, February 9 from 7pm – 9pm. There will be a cocktail party featuring Valentine’s Day-themed drinks and appetizers at Tiny Tavern from 7pm – 8pm. Then from 8pm – 9 pm, attendees will load the gondolas to meet other singles. Each gondola will hold one to two couples who will date for one full rotation until moving on to the next gondola.

There’s more. After the speed dating event, each person will receive a complimentary cruise, special deals at Bubba Gump Shrimp Co. and Riva Crab House., as well as a ticket to the Chicago Flower & Garden Show at Navy Pier March 18 – 26. Register online here for $40.

Photo Booth on the Centennial Wheel

On Valentine’s Day, Tuesday, February 14, Navy Pier will host another Centennial Wheel event. This time, the ferris wheel will convert into a photo booth, each gondola stocked with various props to make your photos totally memorable.

Take your Valentine to this extra sweaty workout session, which will be offered for free every Tuesday and Thursday from February 2 – March 30. The event is powered by Fitness Formula Club and runs from 6pm – 7 pm. It’ll be held in the southwest corner of the pier’s stretch of restaurants, opposite Ben & Jerry’s.

Go see a Shakespearean romantic comedy that centers around four men who agree to give up love and worldly pleasures for scholarly pursuits. Their commitment is tried when four beautiful women arrive from the French Court. Simply put, hilarity ensues. The tickets for the play Love’s Labor’s Lost are on sale for $48 to be purchased here.

Restaurant Specials at the Pier

For a romantic dining option, consider going to Riva Crabhouse. They will feature a three-course prix-fixe menu with a complimentary glass of champagne for $130 per couple from February 11 – 14. February 9 – 10, select bottles of wine will be available for $2.14 with the purchase of two entrees from a select menu. Can’t beat that. Make reservations here.

Other attractions at Navy Pier where you can celebrate the holiday include Giordano’s, Navy Pier IMAX at AMC, and Ben & Jerry’s.