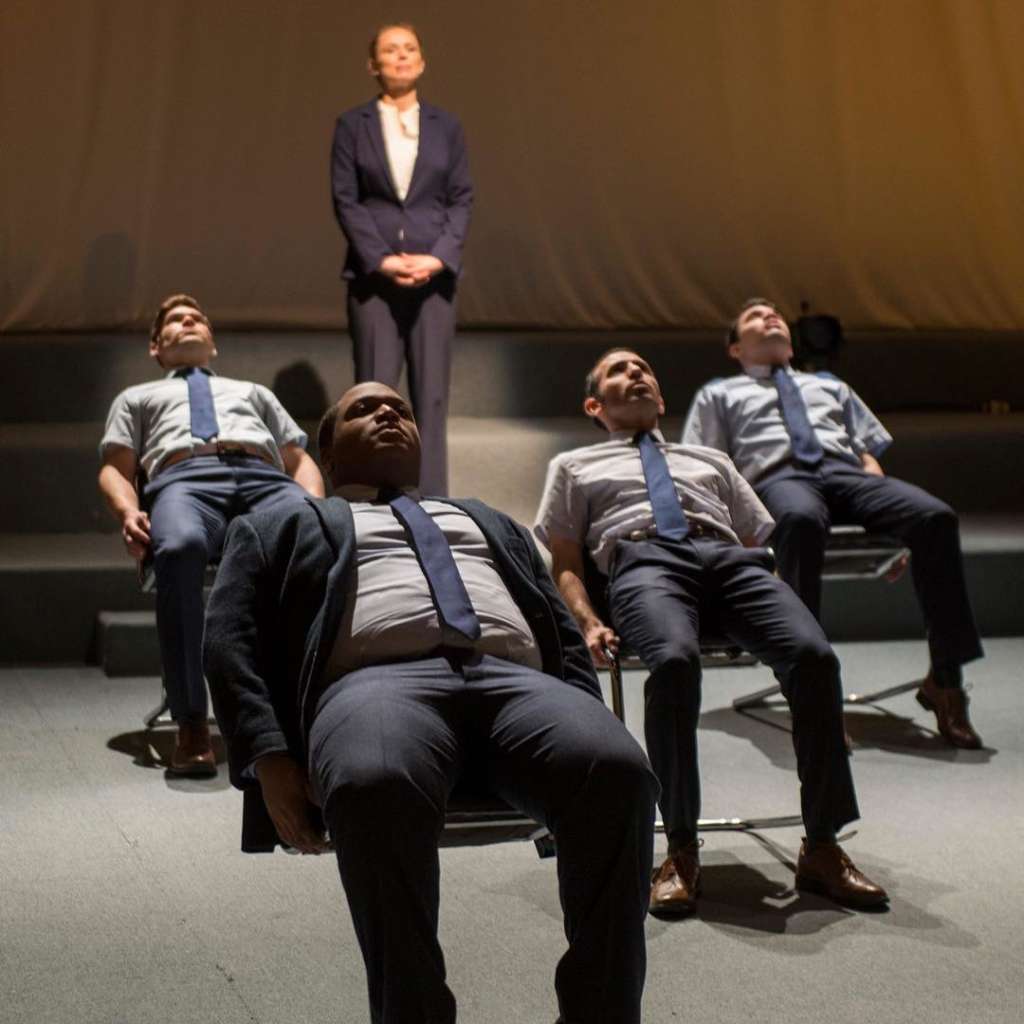 United Flight 232 returns to the Chicago stage this fall.

A Joseph Jefferson award-winner for Best Production of a Midsize Play, United Flight 232 retells the harrowing story of a July 19, 1989 flight bound for Chicago’s O’Hare airport. The production finds its source material in Laurence Gonzales’s best selling book Flight 232: A Story of Disaster and Survival and was adapted for the theater by director Vanessa Stalling.

Based in large part upon a true story, the plot of Flight 232 is regaled to mesmerized audiences via the passengers themselves, who are identified only by their seat numbers. As the events of the play unfold, these passengers arise as heroes, standing tall in the face of the ultimate sacrifice.

With moving performances by Abu Ansari, Johnny Arena, Brenda Barrie, Alice da Cunha, Elana Elyce, Dan Lin and more, United Flight 232 rocks audience members to their core. The theater’s ambience is set to mimic that of a plane, providing viewers with an even more intimate look into the passengers’ final moments. Performing without an intermission, the actors continually move about the stage, taking on different characters and telling the story from a multitude of perspectives.

Though somber at times, United Flight 232 ultimately depicts the shared humanity of the plane’s inhabitants: begging its audience to remember the good of others, and imploring them to, in the end, have hope.

The play runs through October 21 at the Chopin Theatre Upstairs Theatre, 1543 West Division St. in Chicago. For tickets, go to www.thehousetheatre.com or call 773.769.3832.