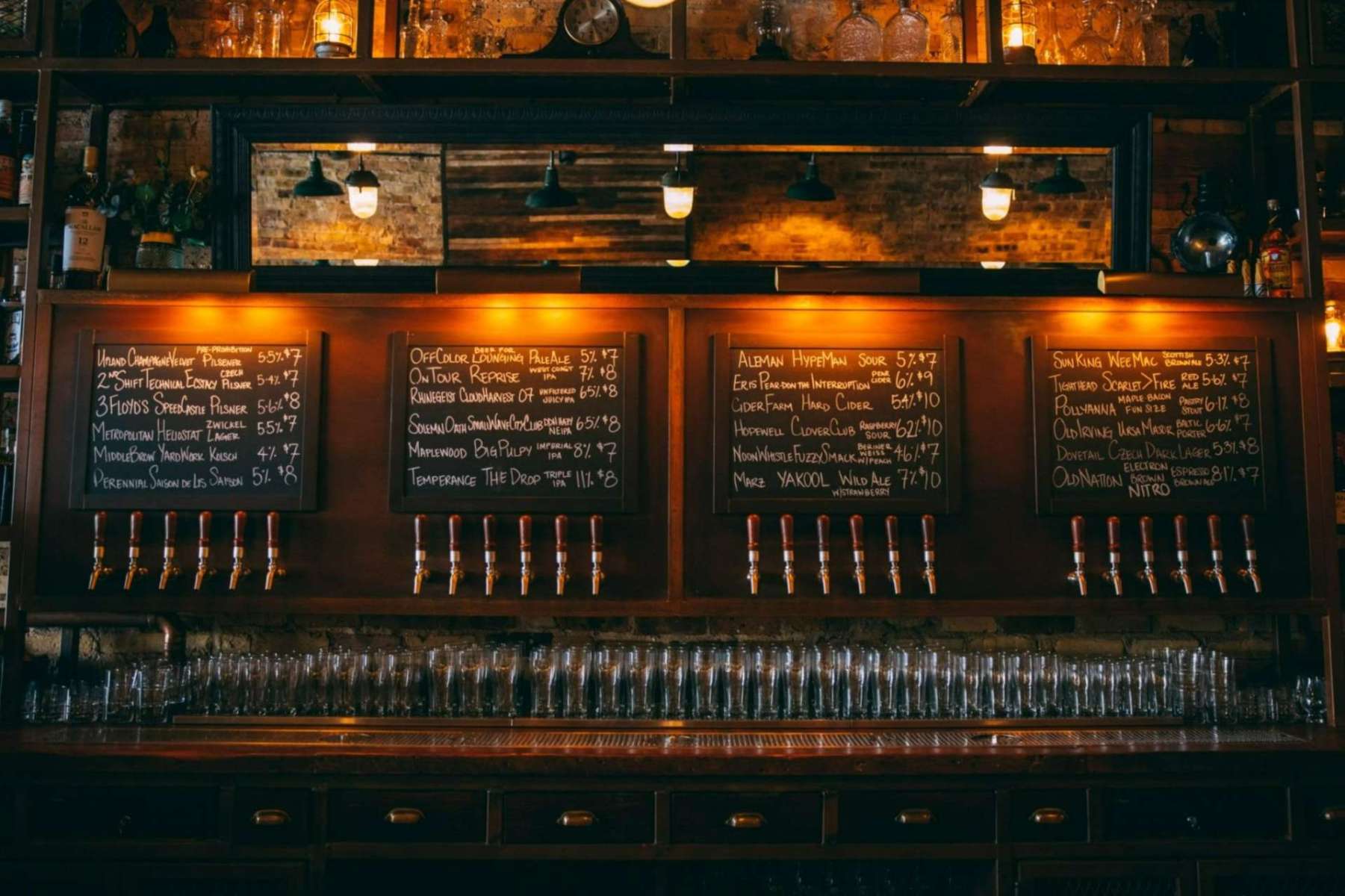 Cannot wait till Oktoberfest to get your brew cravings satisfied? Allow us to present you Logan Square Beer Week, powered by the team at Union, a love letter to Chicago’s beer scene with a mission to showcase an eclectic array of local breweries on its 24 rotating taps. Powered by the mastermind behind Lardon and The Meadowlark, Union is ready to celebrate the exciting beer neighborhood it calls home for a whole week.

From September 12th – September 16th, hopheads can enjoy a week’s worth of programming offered by some of the most well-known breweries in the neighborhood. Look for exclusive tappings, flights, specials, events, and more from Marz Brewing, Maplewood Brewery & Distillery, Revolution Brewing, Ørkenoy, Hopewell Brewing, Pilot Project, Solemn Oath, Ravinia Brewing, and middle brow.

Following a kick-off party for the week starting at 5 pm at Union on Monday, September 12th featuring a tap takeover with under-the-radar brews from all of Logan Square Beer Weeks’ participating brewers and food specials, each subsequent day to follow will feature various specials around the neighborhood—from an exclusive tapping of “Rye Dunkel” at Revolution to a “Beer, Bang Bang Pie, and Bingo” celebration at Solemn Oath, and much more.

Beer buffs can grab a Logan Square Beer Week “passport” at Union’s kick-off party or any other participating location throughout the week. Passport-holders are encouraged to fill their passports with stamps by visiting the various “happenings” throughout the week. Those with five or more stamps by the end of Logan Square Beer Week can return it to Union starting Saturday, August 17th to enter a raffle to win a dinner for four at Union. The first 25 will also receive a gift bag chock full of goodies from all participating breweries, including koozies, drink tokens, and more!

“We couldn’t be more excited to be celebrating all the great beer Logan Square has to offer,” says Steve Lewis, beer lover, and owner of Union. “The breweries we’ve partnered up with are not only among the best in the city, they’re pillars of the beer scene in the Great Lakes and greater Midwest region.”

Kick off the week of beer love with a launch party at Union! Try a combination of rare, eclectic, and/or sought-after drafts from all of the participating breweries, complete with food specials!

Maplewood Brewery & Distillery hosts Polombia for a pop-up & drinks at their Lounge and taps a keg of their Barrel-Aged Cuppa Imperial Stout. Meanwhile, Hopewell Brewing Co. will serve up $5 Slow Pours of First Pils.

Not sure what to do this hump day? How about a brewery hop in Logan Square!? Revolution Brewing taps their special Rye Dunkel, a special brew for the beer devotees. Ørkenoy will serve up $1 oysters (woohoo!) and $5 full pours from 3 p.m. to 11 p.m. Pilot Project slings $10 flights all night long.

Ravinia Brewing goes big with their new $10 special, Flight of the Hazies, featuring four 5-oz pours: Diversey Station Juicy Session Pale Ale, Isle of Lost Hops: Medusa’s Lagoon Hazy IPA, Fall Down Juice Imperial Hazy IPA (their newest brew, launching this day!), and a fourth hazy that you’ll have to find out in person on that da. Afterward, head to Marz Brewing’s Snackwave Station for some snacks for all the beer buffs — complimentary with $5 Chug Life Drafts.