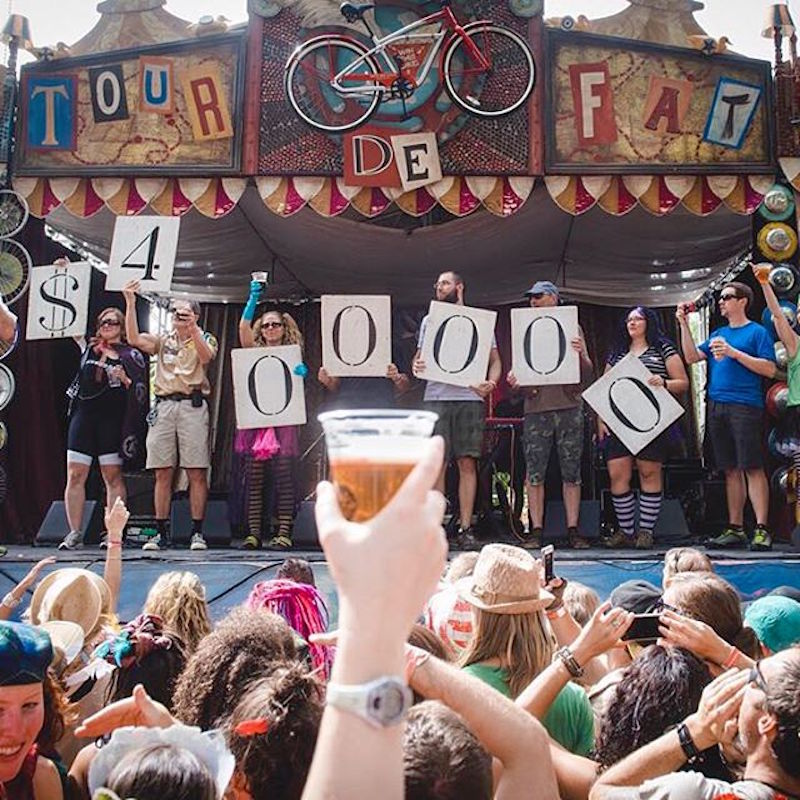 The attractions at Tour de Fat are unlike any you’re likely to find at other events. Some of what you can experience includes a fashion show, dance contest, and the slowest bicycle race you’ve ever tried to win. Enter the Le Tigre tent where you’ll find a whole other world designed for your amusement, including magicians, vaudevillians, artists, comedians, and circus entertainers.

As the traveling fest has grown since its inception, the scheduled music artists have gotten even more impressive. We were thrilled to see Dr. Dog at last year’s edition, and can’t wait to see The Roots headlining this year’s event. Also performing are Fire Leopard and local rapper Ric Wilson, who won a Battle of the Bands hosted by New Belgium.

Even though beer will attract the 21-and-over’s, it’s still a family-friendly event. Tickets are $25 for adults and free for kids 12 and under. Costumes are highly encouraged! Cash and credit are accepted at the festival, and there will be no event cancellation unless weather is deemed severe.

Proceeds from Chicago’s edition of Tour de Fat benefit West Town Bikes, an organization that focuses on cultivating the city’s bicycling community and educating under-served youth. Tour de Fat has expanded to 33 cities this year, and are anticipating $5 million in benefit of their non-profit partners.