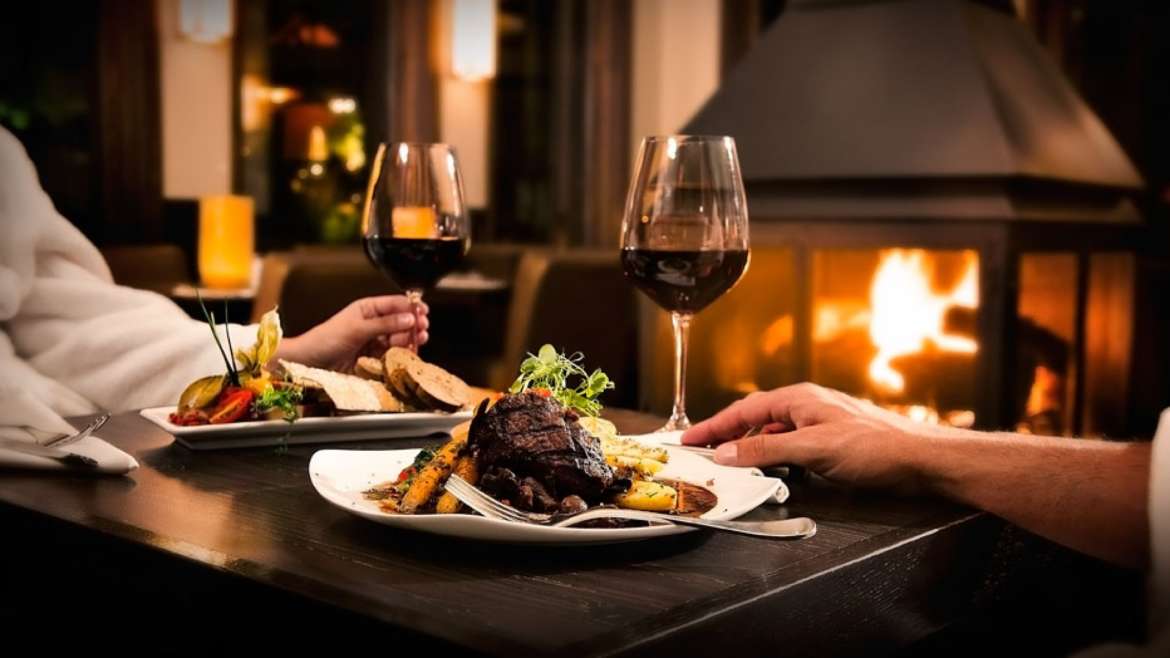 As a world-class city, it’s tremendously difficult to choose just ten restaurants in Chicago to include in this list. With that being said, we’ve put together a post of our top places to eat around the Windy City (bonus points were given for creativity and uniqueness). Check it out below:

10) Yolk
Yolk is awesome for a variety of reasons. For one, it’s convenient. There are five different locations in Chicago, and trust me, they all fill up. As you probably guessed from the name, this eatery offers some of the best breakfast food around. They don’t just offer the basic options either. The Yolk menu includes bacon waffles, cranberry walnut orange muffins, red velvet French toast, and a kale scrambler.

9) mk
At their core, mk still considers themselves to be a “Ma and Pa” establishment. Here you’ll find fresh seasonal ingredients year-round. Their bar menu is one of the best I’ve seen, featuring crab toast, shishito peppers, and oysters. They offer tasting menus for those who are interested, but everyone else can check out their bistro suppers (offered Sunday through Tuesday)

8) Girl & The Goat
With a rotating list of craft beers and wines from around the world to go with their family style menu. The Girl & The Goat makes the list for a variety of reasons: they have something for everyone, they’re open 7 days a week, and they blend both casual and fine dining elements together seamlessly.

7) Good Stuff Eatery
Our list wouldn’t be complete a few lesser-priced options, and the name Good Stuff Eatery really says it all here. The restaurant is the proud winner of Chicago’s Gourmet 2014 Hamburger Hop, primarily for the award-winning Prez Obama burger. If you’re stopping by for the first time, you’re going to want to try this.

6) Joe’s Seafood, Prime Steak & Stone Crab
Joe’s Seafood, Prime Steak & Stone Crab, a Lettuce Entertain You Restaurant, is one of the premiere seafood destinations in the city. Joe’s is open for both lunch and dinner every day, and there are great options for parking nearby. The restaurant also offers private party options in six amazingly elegant, yet very different rooms. For those looking to enjoy amazing cuisine without going out, Joe’s Stone Crab offers delivery options as well.

5) Everest
Located on the 40th floor of the Chicago Stock Exchange, Everest offers breathtaking views of the city to go along with its wonderful cuisine. Everest has received international recognition for it’s world-famous fare, and it has been given high honors in every major Chicago newspaper and magazine. Chef Joho, the man behind the amazing food, offers tailored menu items influenced by his French roots.

4) Goosefoot
Goosefoot only seats 34, which means you’ll need to plan ahead. Don’t worry though, it’s worth it! The cuisine offers a modern twist to the traditional French technique with a nine-course tasting menu. This fine dining eatery is also BYOB, so bring along a few of your favorite bottles of wine.

3) Grace
Grace offers two different 8-12 course tasting menus. One focuses on vegetables, while the other emphasizes seafood and protein. The restaurant has been awarded the Three Michelin Stars and the James Beard Award for Best Restaurant Design, both extremely prestigious awards in the world of cuisine. The room is quiet, and the tables are well spaced.

Next To-go is now in Spain with Paella, Manchego and piquillo pepper spread, Creme Catalana and optional jamon iberico boccadilla.

2) Next
Next is rooted in an exclusive concept: you reserve a spot and pay for the meal beforehand. Everyone is served the same six-course meal with alcohol pairings, though this changes seasonally. This ticketed format has gained popularity, drawing comparisons to sporting events, concerts, and theater shows. It’s also owned by the very same owner as Alinea, which occupies the number one spot on our list. It may seem sketchy for us to rank the two of them at the top, but they’re really on another level than the competition.

The final savory course at AIR is a combination of two traditional Peruvian beef dishes. On the right a riff on Lomo Saltado featuring @7xwagyu ribeye. While definitely not a traditional execution of the Chifa style dish we involved the major components. The typical French fry and rice elements were combined into a large potato and rice “French Fry” by combining the two cooked starches and frying until golden and crispy. The four sauces – a meat based reduction with soy and vinegar, Aji Amarillo, haucatay emulsion and apricot- mango “ketchup” The tomato element is Pisco compressed and charred, the parsley, red onion and chilies form a raw salad on top along with cilantro and huacatay. On the left a play on the traditional Antichuchos de Corazon. We skewer @7xwagyu beef hearts, tongue, baby corn, and artichokes glaze in aji panca and grill. The skewer is placed on an injera ( Ethiopian pancake) dressed with a sunchoke purée emulsified with roasted bone marrow. The grilled items are slid off the skewer and eaten as a wrap. We purchase the injera from Demera restaurant here in Chicago. I tasted the pancakes after ordering dinner from them a couple months ago and really liked the elastic texture and extreme sourness they achieve from the teff fermentation. We felt the strong flavor would work well with the assertive nature of the dish, and it enforced the culinary culture mash up in some Peruvian cooking. Pics by @ahemberger #alinea

1) Alinea
Recently crowned the best restaurant in the entire world by Elite Traveler for the fourth consecutive year, Alinea is simply astounding. By utilizing molecular gastronomy techniques, this one of kind restaurant uses a tasting menu between 18 to 22 courses that changes seasonally. An example of what you’ll find here, an edible taffy balloon with a dehydrated apple string tying it together. Alinea pushes you to rethink what a restaurant can actually be. If you’re looking to go out for a special occasion or try something groundbreaking, go to Alinea. Seriously, you need to try this place.