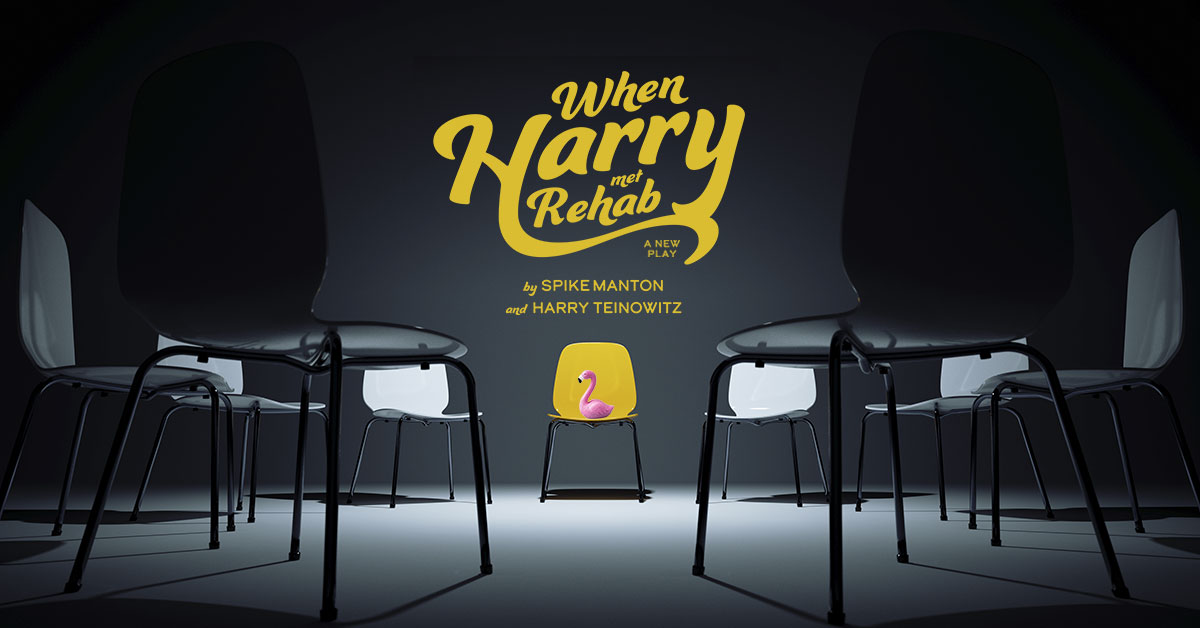 Stage-lovers, attention! The vibrant Chicago theater scene is bringing another much-anticipated production to you in November. Don Clark, Chicago-based Film and Theatre Producer and Co-Owner of the Chicago Magic Lounge, presents the World Premiere of WHEN HARRY MET REHAB – a comedy that takes sobriety seriously, based loosely on the real-life experiences of Chicago sports radio personality, Harry Teinowtiz.

Dan Butler will star as Harry. Butler is best known for his role as “Bulldog” for seven seasons on the legendary television comedy Frasier, as well as “Art” on Roseanne. WHEN HARRY MET REHAB previews November 24 and opens December 5 at Greenhouse Theater Center, 2257 N. Lincoln Avenue, for a limited engagement. Co-authored by former ESPN personality and playwright Spike Manton (Leaving Iowa), WHEN HARRY MET REHAB chronicles in a humorous yet poignant way how an alcoholic on the edge of clueless annihilation ended up in the hands of a magician whose greatest trick was making his denial and excuses disappear.

In addition to his much-loved role on Frasier, highlights from Butler’s long and illustrious stage career include Broadway productions of Travesties, Biloxi Blues, Twentieth Century as well as the world premiere of Terrence McNally’s Lisbon Traviata with Nathan Lane and John Slattery.

WHEN HARRY MET REHAB is an evening in the theater that will leave a mark that is flat-out funny, moving, and unforgettable. It is a story of redemption, perseverance, and hope. It is estimated that over 22 million Americans are in recovery. This show is for them, their families, and their friends.

WHEN HARRY MET REHAB will run at the Greenhouse Theater Center, 2257 N. Lincoln Avenue in Chicago previewing November 24 and opening December 5 for a limited engagement through January 30. The performance schedule is as follows: Wednesday through Saturday evenings at 8:00 pm, Sunday evenings at 7:00 pm, with additional matinee performances on Saturday and Sunday at 3:00 pm. Tickets range from $42 to $85 plus processing fees. For tickets and more information, visit www.whenharrymetrehab.com or call the Greenhouse Theater Center Box Office at 773-404-7336.

Jackson Gay is a director and co-Producing Artistic Director of New Neighborhood https://www.newneighborhood.net.

Donald Cameron Clark, Jr., Esq. is a renaissance man who believes in the power of storytelling, whether to a jury, in a theater, or to his grandchildren. Clark began his professional career as a trial attorney at some of Chicago’s most venerable law firms. His memoir, Summary Judgment, was recently published. Clark is Executive Producer of the award-winning feature film “Guest Artist,” written by and starring Jeff Daniels. He produces plays on Broadway and in regional theaters.

Clark co-owns the Chicago Magic Lounge—a nightlife venue that is top-rated on TripAdvisor and one of “Chicago’s Best” according to Chicago Magazine. He is also a member of Chicago’s Cultural Treasures grant program.