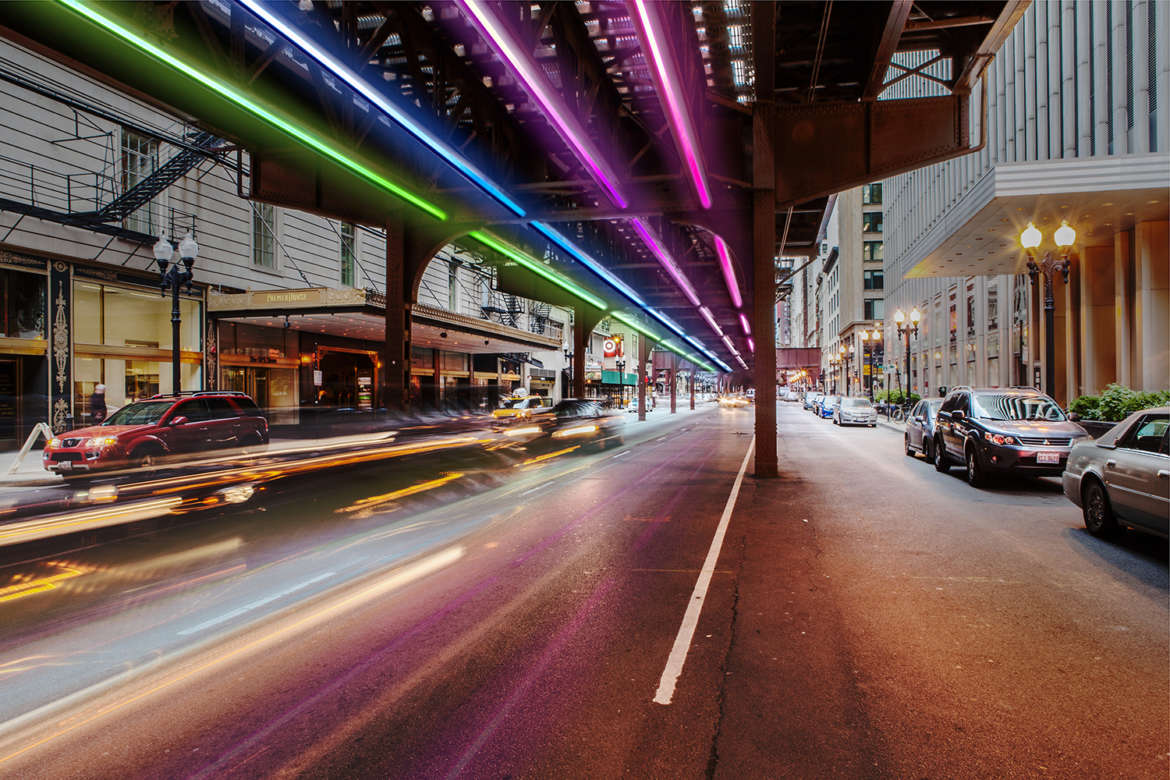 The Wabash Lights: Illuminating the ‘L’

What if we told you that the largest public art project since Millennium Park is right on the horizon?

The Wabash Lights, a crowdsourced art venture poised to incorporate over 5,000 programmable LED tubes to the underside of the L, will begin beta testing this fall. The project, proposed by design duo Jack Newell and Seth Unger, recently surpassed its funding goal of $55,000 on Kickstarter – hauling in $59,000.

This money will be used to kick off the beta test, yet it will cost about one million each year to operate. The additional funds will come from foundations, corporations, and private donors. This may seem expensive, though most public projects cost considerably more.

The best feature: the LED lights will be controlled by users who can create patterns on the project’s website or web app, which is still under development. Each light has the option of a solid color or strobe effect, giving way to an abundance of possibilities. With this feature, Newell and Unger are looking to put the “public” back into public art.

It’s important to note that the project has the city’s backing, and the duo will be able to proceed as they see fit. This all begins with the beta test, which will include an installation of 48 to 80 feet of lights for six to 12 months for troubleshooting purposes. There’s no exact date for the beta just yet, but they’re aiming to have it up and running by October. The test will take place on Wabash between Monroe and Adams, so keep an eye out for The Wabash Lights you’re in the area.