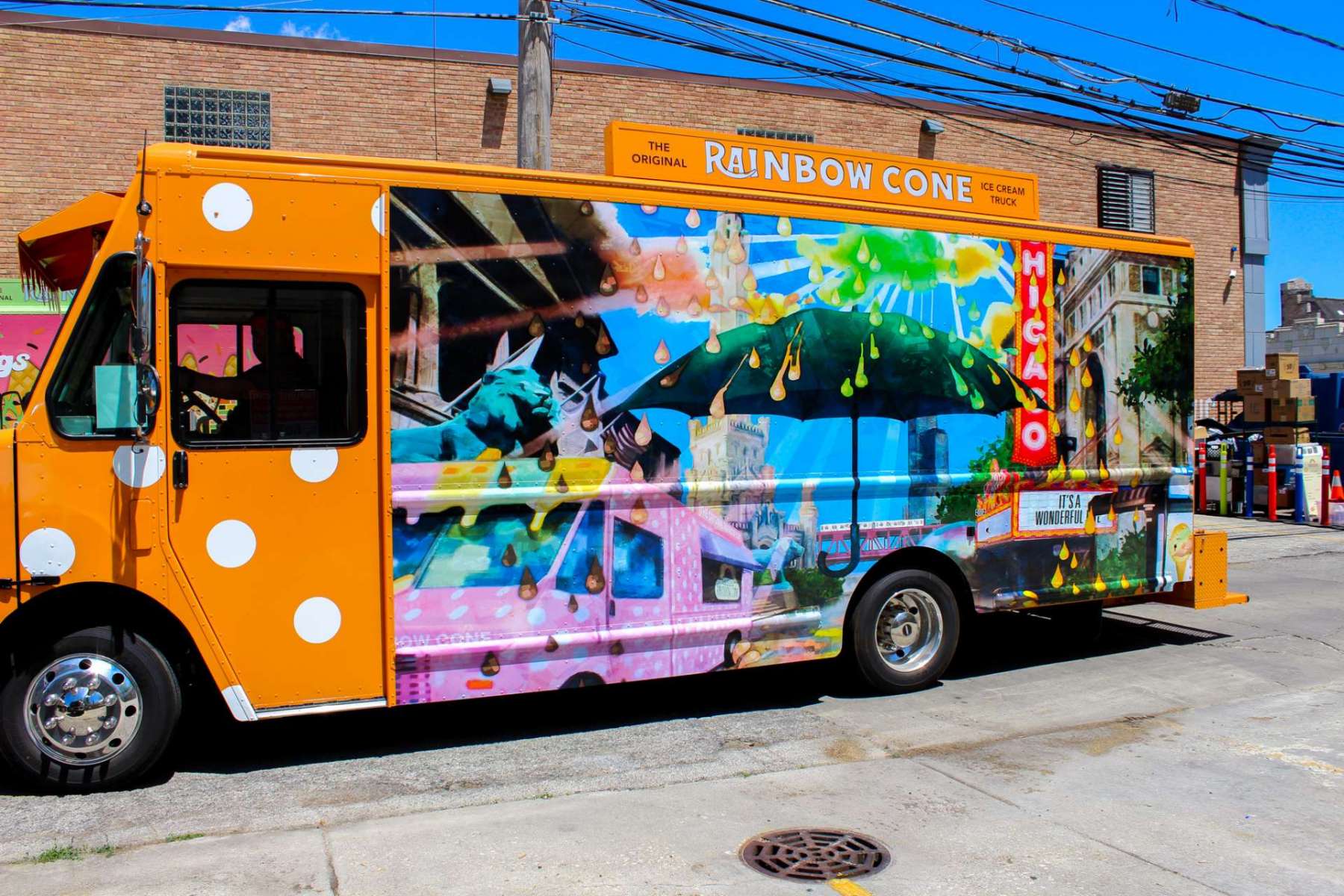 We have just rounded up some of the best ice cream shops, but here is another one for those of you not in Rockford! You read the headline right. It’s time to go food-truck hunting on the Original Rainbow Cone this weekend, and enjoy some of their unique, seasonal flavors on a big waffle cone!

The Goebbert’s Farm & Pumpkin Patch is a Chicagonian favorite when it comes to fall activities. Their fall festival goes on from September 11th through October 31, where families can enjoy fresh-out-of-the-oven pastries, seasonal produce, and a giant pumpkin patch full of family fun.

And guess what? This year, they’re leveling up the game by partnering up with one of our favorite local ice cream brands. For one weekend only, you will be able to get a taste of the Original Rainbow Cone at their South Barrington location! 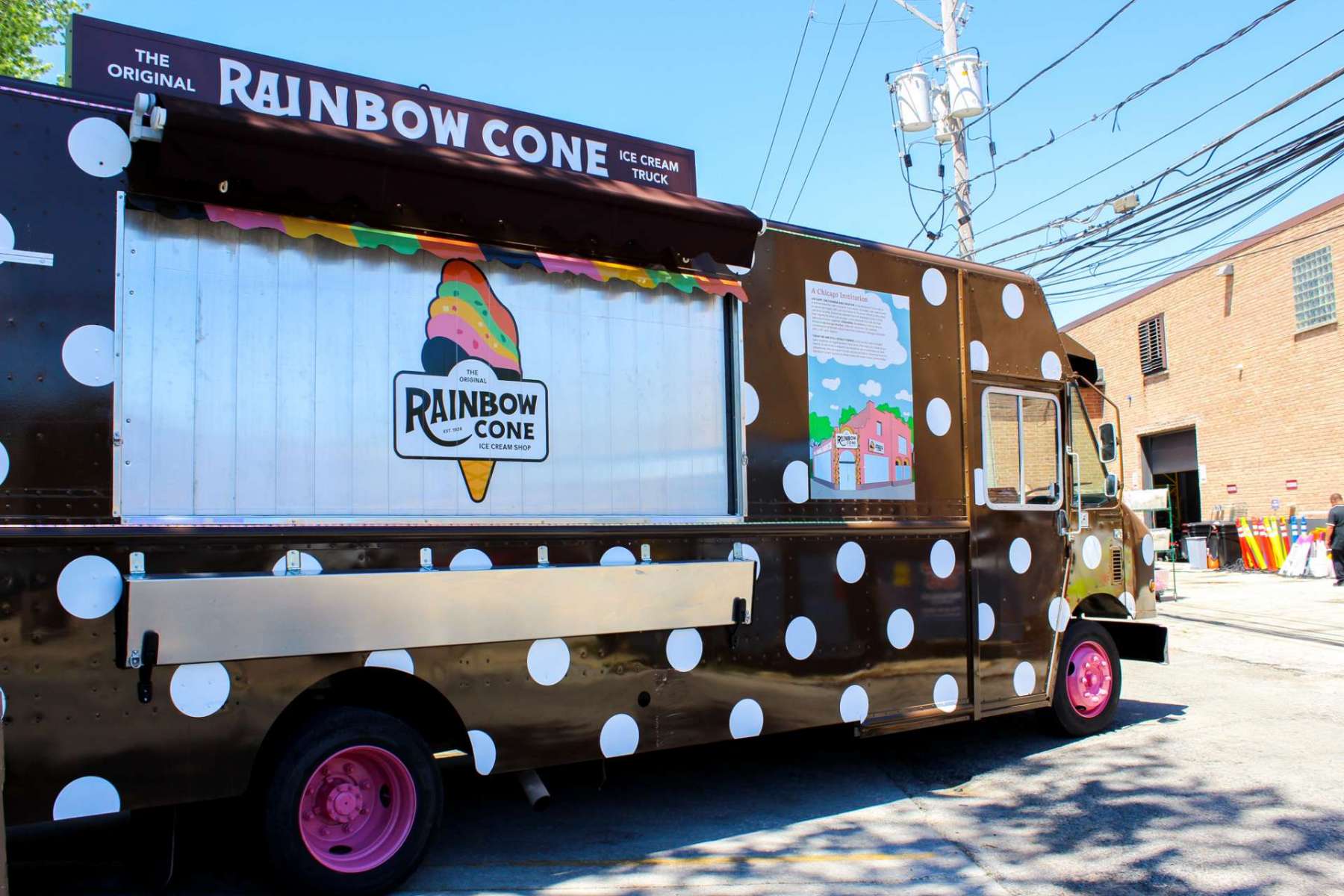 The Original Rainbow Cone is celebrating the beginning of autumn at Goebbert’s Farm & Garden Center Fall Festival this weekend!

In addition to the stop at Goebbert’s Fall Festival, Rainbow Cone trucks will also be available in Harwood Heights, Hoffman Estates, and at Museum Campus this weekend. Details are available at Rainbow Cone’s website using the truck finder. 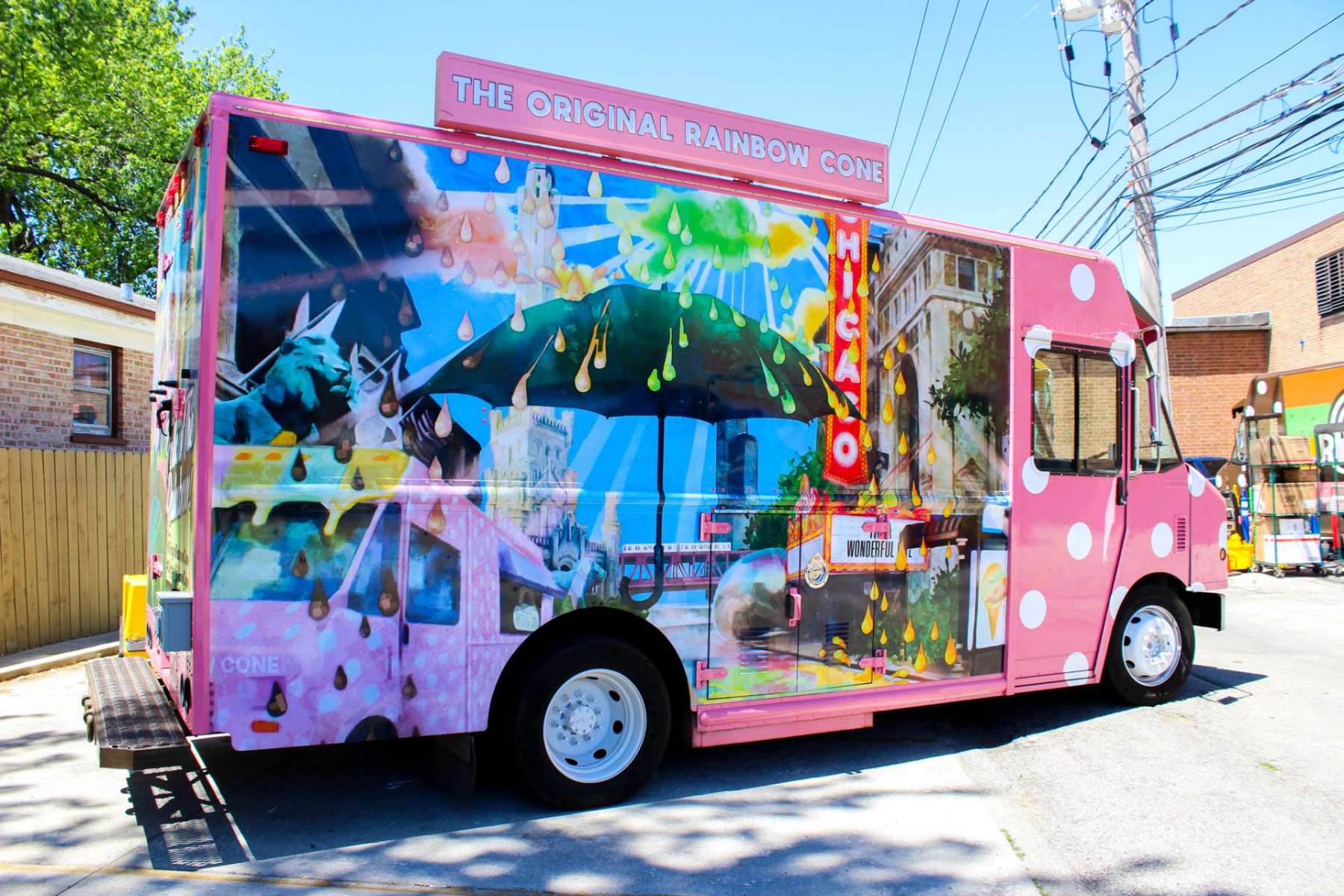 Chicago Rainbow Cone’s ice cream trucks have quickly become a staple of the summer season. The historic ice cream purveyor now has five ice cream trucks that travel around Chicagoland, each named after one of the layers that make up the famous Rainbow Cone, while also being available for private catering and events.

Rainbow Cone continues to expand their reach in Chicago and nationwide with store locations in Beverly, Navy Pier, Lombard, and Darien, while offering nationwide shipping on Goldbelly.

Again, Rainbow Cone’s easy-to-use truck finder allows guests to quickly find the locations and hours of operation for each truck. If you are lucky enough to catch the cream truck tomorrow, make sure to tag the Rainbow Cone on social media and share your fun spontaneous ice cream moments!