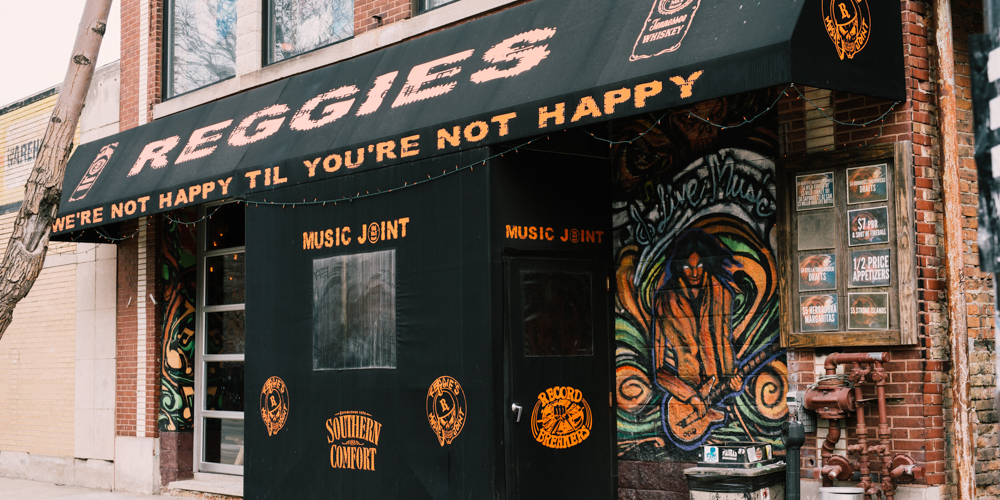 Concert Review: The Last in Line Brought the Volume to Reggie’s

Last Thursday night, hundreds of people from all around the Chicagoland area (and some from further away then that) packed themselves into Reggie’s Rock Club, located at 2109 State Street, to raise their metal horns as The Last in Line took the stage to rock everyone’s socks off, and remember the music and life of the late great heavy metal god Ronnie James Dio.

When Dio passed in 2010 due to stomach cancer, it was a major loss to the heavy metal community. Gone was a man whose semi-operatic voice and eloquent, fantasy-themed lyrics changed the face of the genre forever. A few years later, his original solo band, comprised of Vivian Campbell on guitar, Jimmy Bain on bass, and Vinny Appice on drums, decided to reunite as a group to pay tribute to the man by celebrating the music they made together. They hired a new vocalist, Andrew Freeman, to fill Ronnie’s shoes. From there, they recorded and released a brand new album titled Heavy Crown in February of last year and have been touring on it since, even with Bain’s death late last year.

For those of you who’ve never been, Reggie’s is the definition of a dark, dirty rock n’ roll club. The interior screams underground punk and metal, with brick walls, concrete floors, exposed pipes and metal grates, dim lighting, and posters adorning the space. There’s even a sewer grate on the stage. That aside, there’s a bar in the back of the room as well as on the second level, where people who pay extra can watch shows from a table.

The Last in Line had two opening bands: a local group by the name of Emperors and Elephants and a more established club band by the name of Paradoxx. Emperors and Elephants had more of a new era metal sound, with big, low crunchy riffs and rough yet melodic vocals. They definitely exuded a great deal of youthful rock n’ roll energy. Paradoxx, on the other hand, had a more tight and rehearsed sound and stage presence. Their sound was more along the lines of Iron Maiden meets Kiss and other such bands. The best thing about their sound is while bombarding your ears with high voltage rock n’ roll, they had three-way vocal harmonies that were incredibly precise and sweet to the ear. It was really something else.

When it was time for the feature presentation, everyone was beyond thrilled. By that point, the club was packed to the rafters. The place seemed to shake from cheering before the band even played the first note of the first song. When they started playing, the volume level skyrocketed. The moment they kicked into “Stand Up and Shout,” the place was a ruckus and out of control. Everyone sang along to every last word.

The entire show was comprised of music from the first three solo albums that Dio put out, as well as a few tunes from the new album. The new songs fit in with the old pretty well, though you could tell that the lyrics and vocal melodies had not been written by Ronnie. That said, they were all played with the same 110% passion that you’d hope for, making the crowd erupt into cheers for every song.

For a group of guys who are by no means in their youth and prime any more, they sure played like they still were. They were constantly moving, tearing it up on their instruments, and exuding more energy than guys even half their age. You could tell that they really cared and wanted to be there. They love the music and wanted to send their respects to their fallen band leader.

Overall, we can’t sing the praises of this performance enough. This really was the next best thing to seeing the man himself in concert. If you want a genuine Dio experience with no frills, no holograms, and no excessive flash, then this is for you. The Last in Line really is all about and only about the music. They give you your money’s worth and then some. For those concerned about Freeman trying to be Ronnie, don’t be. He openly admits right from the get-go that he is not and that he’s only there to pay tribute and give everyone a good time. That said, we’d definitely recommend seeing The Last in Line next time they’re in town.

This performance receives 5 out of 5 stars.