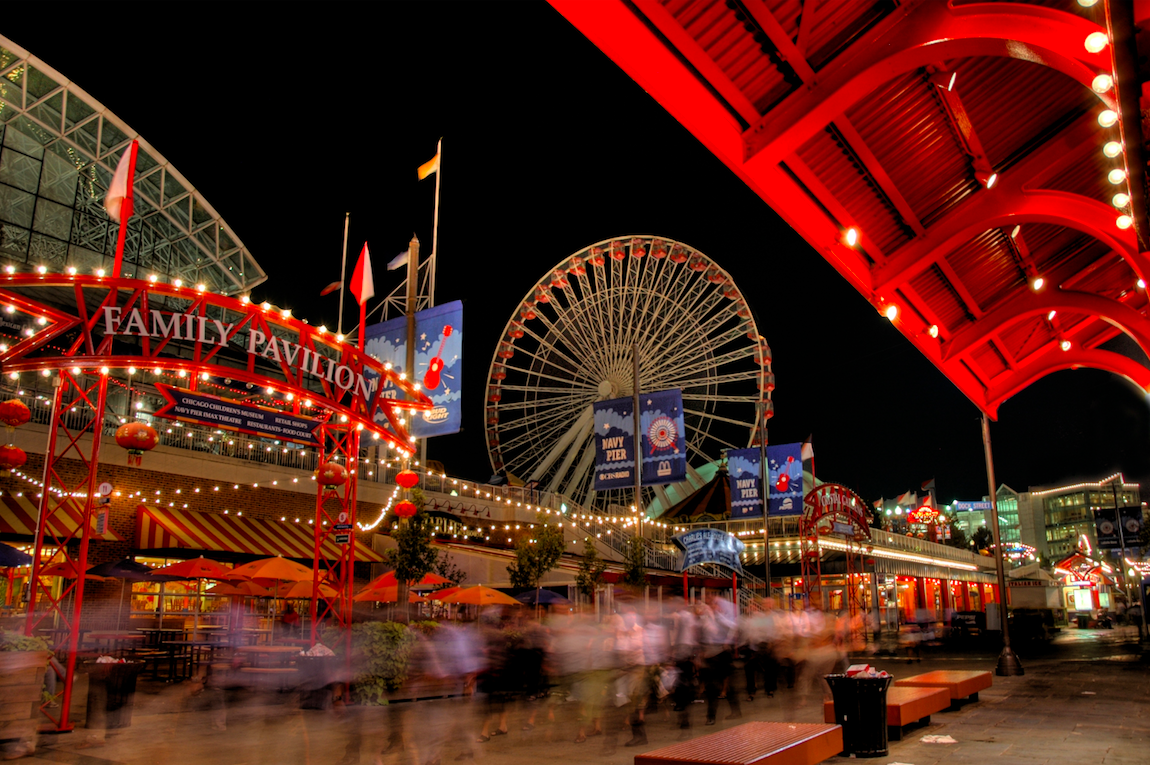 Not to get all newsy on you here, but there have been some solid developments over the past month. As always, our focus is on events, shows, sports, fests, food, and parking.

In case you missed them, here are some notable Chicago headlines for the month of June.

You Can Now Carry Open Alcohol at Navy Pier

That’s right, you can now order alcohol anywhere in Navy Pier and walk around with it at your leisure. There are only two things to look out for: don’t take your drink into the parking garage and don’t leave the pier. Easy enough!

And They’re Getting a Bigger Ferris Wheel

This one has gotten a little backlash since the new wheel won’t be as big as those in New York and Dubai, but c’mon people, it’s still bigger and better!

Bad news for shoppers… and just about everyone else for that matter. Cook Country Board President Toni Preckwinkle is considering a 1% increase in sales tax that would go into effect in 2016 if it receives enough votes. The silver lining: an increased property tax would be worse, and it’s only a penny on the dollar. Still more than we’d like to pay but what are ya gonna do?

Bryan Bickell is Looking to Find a Home for Stanley Pups

Bickell, together with his wife and The Bryan & Amanda Bickell Foundation, are trying to break the stereotypes about pit bulls by finding homes for six pups with hockey and Blackhawk related names. You can learn more at their official page. What can you do to help? For starters, you can pick up a calendar of Jonathan Toews and Marian Hossa posing with the dogs.

Another cool way to lend a hand, the Mustache Crawl, an annual bar crawl that hosts thousands of people sporting fake mustaches. A portion of the proceeds are going to the Bickell Foundation, and the Crawl itself is a blast. You can buy tickets and learn more about the event here.

We can probably sum all of it up for you in two quick headlines:

The Cubs Are Still Good. The White Sox Aren’t

The Cubs currently sit at third in the NL Central behind their solid pitching, youth, and Joe Maddon’s brilliant mind. They currently sit at 8 games over .500, and a huge turnaround from last year’s 11 games under .500 at this time.

On the other hand, the Sox aren’t doing too hot, but there are some bright spots. Chris Sale isn’t human, and he’s proved that by tying an MLB modern-era record for consecutive games with 12+ strikeouts (he has 5 in a row). He has a chance to break the record with his next start on June 24th. And hey, at least their number one draft pick is looking good.

And in case you’ve been living under a rock…

The Blackhawks won the Stanley Cup!

Easily the biggest headline of them all! We didn’t intentionally save the best for last, but sometimes things just fall into place. The Hawks completed their long playoff run with their 3rd championship in the past 6 years, solidifying their place as a modern dynasty.

And the Chicago Symphony Orchestra even recited Chelsea Dagger to commemorate the big win!