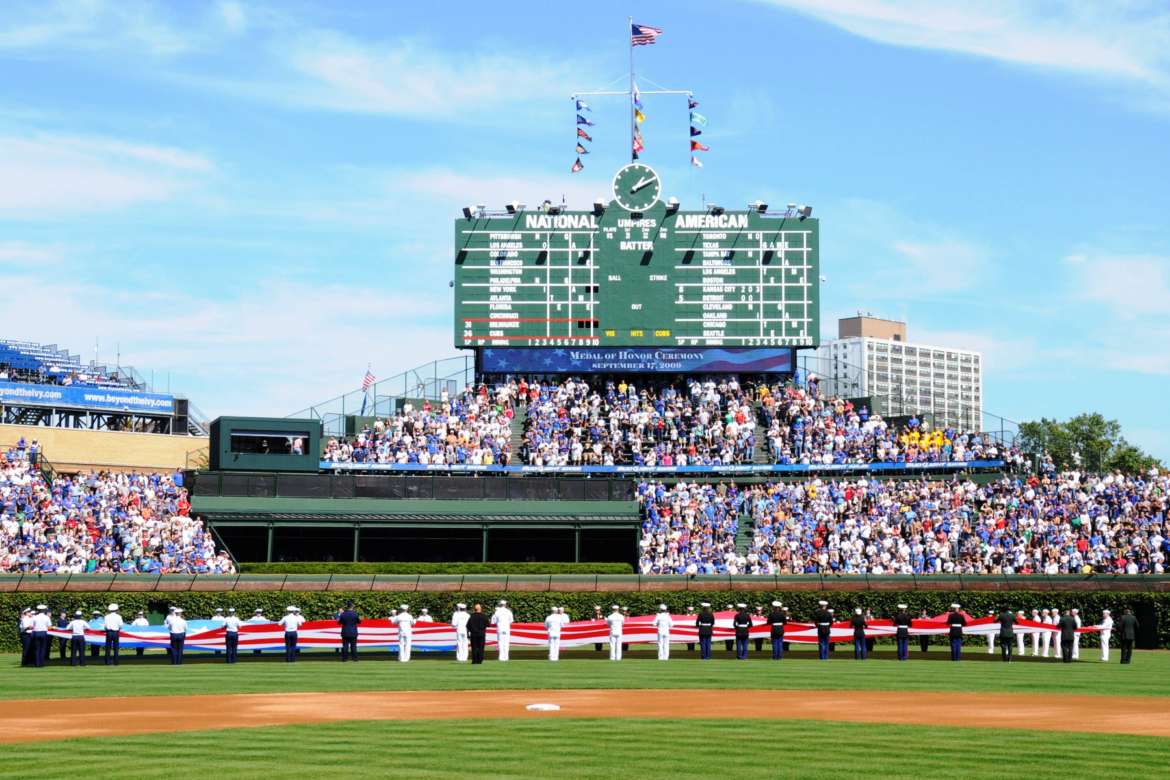 The Chicago Cubs: This is Our Team

“There’s a fever on the North Side. The kind that only comes when lifelong dreams are at stake, and the community is united by hope.”

That’s the opening line from This is Our Team, a Chicago Cubs playoff hype video directed by T.J. Syndram.

With 108 long years of futility, the Chicago Cubs are on the cusp of something much bigger than just a championship. Don’t get us wrong, a World Series title is huge, but countless Cubs fans have lived and died without seeing a single Cubs World Series win.

When you consider both past and recent history, what the Cubs are doing for Chicago now is unprecedented. No sports franchise has gone longer without winning it all, and odds are, no sports franchise will ever break the Cubs record.

But finally, after all this time, they have a chance. And that’s what this video represents. Take a look for yourself.

NLCS Series Set to Knock Ratings Out of the Park

The Cubs have been knocking just about everything out of the park lately, haven’t they? Game 4 of the Cubs vs. Cardinals series delivered a 21.4 HH rating in Chicago, meaning 21.4% of Chicago TVs were tuned into the game.

Overall, the NLDS Game 4 doubleheader on TBS averaged 5.5 million total viewers, the most ever for an MLB postseason. They’ve increased their MLB postseason viewership over 42% from last year.

With Chicago playing the largest market in the entire country, New York, NLCS ratings could very likely top those of the World Series.

Addison Russell Will Not Play in the NLCS

Russell injured his hamstring running from second to third in Game 3 of the NLDS. Javier Baez will start at shortstop in his absence. Baez hit a three-run home run in Game 4.