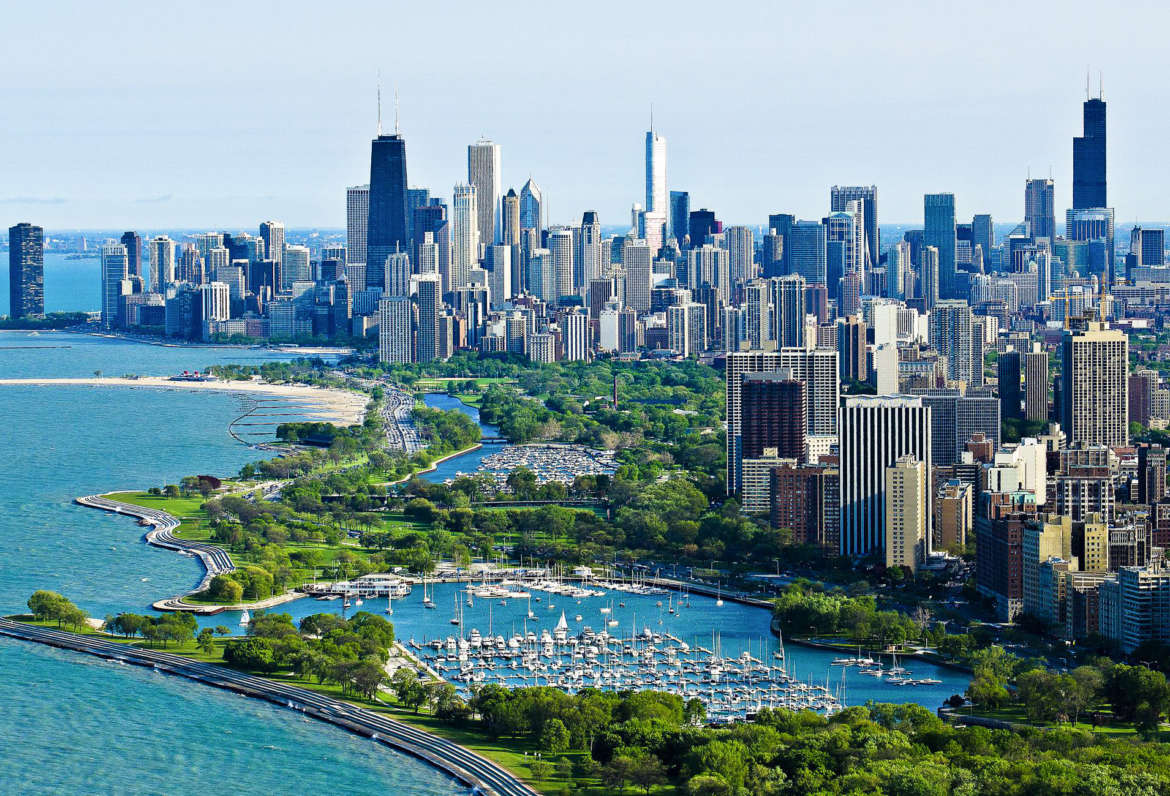 The 7 Most Desired Neighborhoods in Chicagoland

Most Desired Neighborhoods in Chicagoland

Most of us LOVE our neighborhoods, so much so that we become the annoying people who constantly chat about how great they are at family parties, work outings, or on social media.

But where would you live if you could pick any place in Chicagoland?

In a recent survey from brokerage and banking company Charles Schwab (polling 1,002 locals) the top choice was the prosperous suburban haven of Naperville. That’s right, Naperville topped the list over River North, Gold Coast, Lincoln Park, and all of the other popular Chicago neighborhoods. Here’s the breakdown: 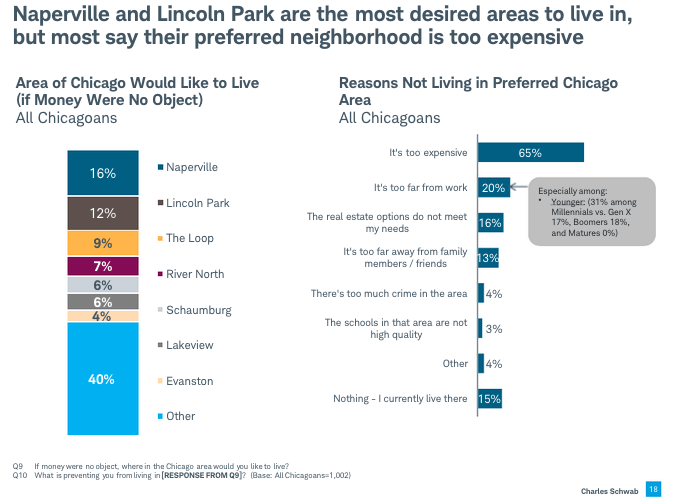 The same group was also polled on their views of Chicago’s characteristics, and the difference in what they believed to be local facts vs. outsider perspectives was pretty astounding on some counts. A whopping 85% of respondents viewed Chicago’s theaters, operas, museums, and diehard sports fans as local facts, believing that Chicagoans perpetuate these characteristics much more than outsiders too. On the flip side, notions of the city’s current economy, booming tech scene, and commitment to clean energy were mostly split down the middle. Take a look for yourself: 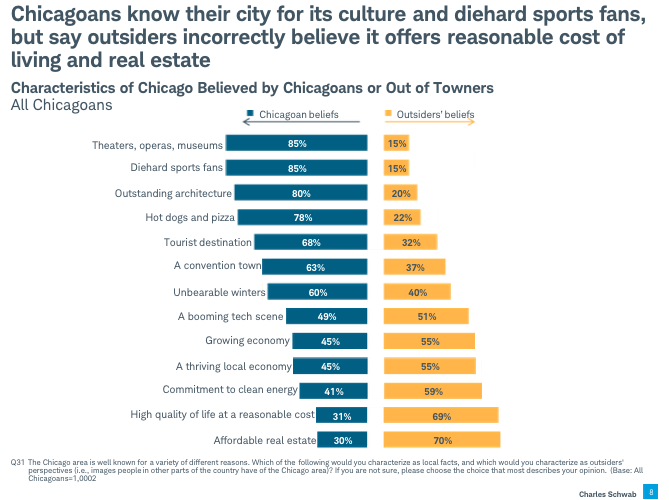 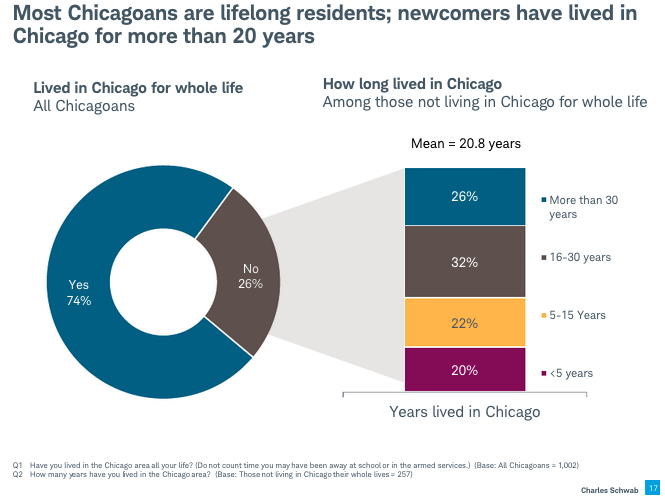 Believe it or not, these three questions are only a fraction of the total study. You can view the entire questionnaire with plenty of additional financial facts here.