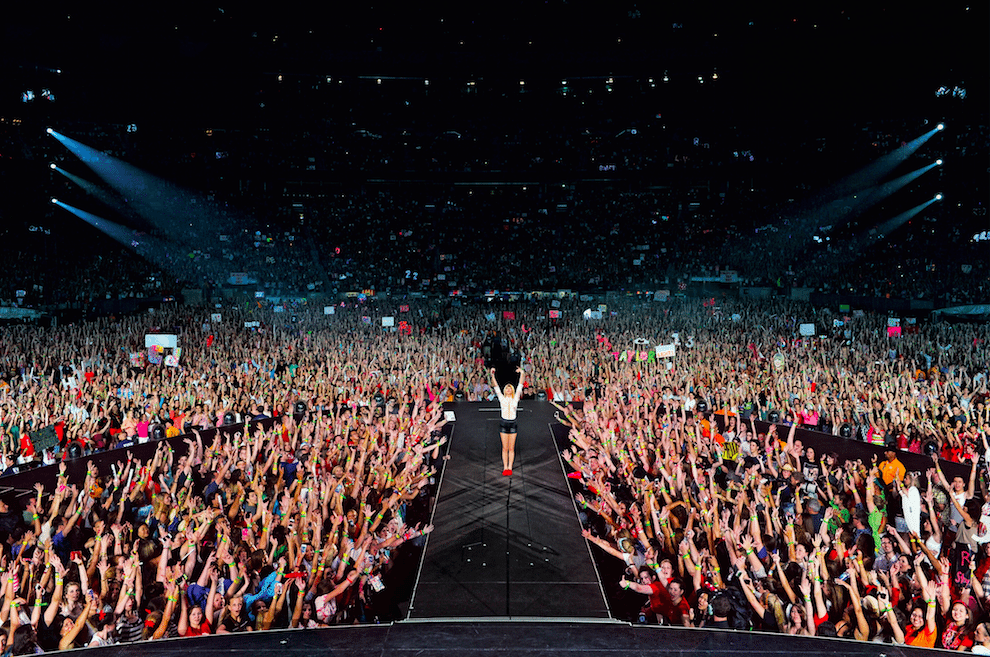 Taylor Swift is More Than Just a Pop Star

“The aim of an artist is to break the mold, not try to fit the part.”

I heard this quote from a small-time artist a while back, and for whatever reason it’s something that’s really stuck with me. Nowadays, we’re force-fed the “next big thing” again and again through the radio waves, TV appearances, and news headlines. We’ve gotten to the point where there are few original artists out there at all, if any.

And then there’s Taylor Swift…

Even if you can’t stand her, you have to respect her. With all of the seemingly recycled songs, beats, acts, Madonna clones, rappers talking about ass and stacking cash, the sweet girl from a little town in Pennsylvania remains unfazed by the current trends. T-Swift is T-Swift.

Even so, it’s not much of a stretch to call Miss Swift the biggest pop star out there right now. Hell, even Apple backed down after she spoke out against Apple Music’s payment policy on Twitter. (And in case you missed it, this caused her friend Jennifer Lawrence to call her something we won’t be repeating here).

Of course, Swift wasn’t always this far on the poppy side of things. With humble beginnings as the 16-year-old Country breakthrough artist, she burst onto the scene with her self-titled debut in 2006. As we’ve seen with quite a few celebrities who achieve such success at a young age, it’s difficult to keep it from going to your head.

Instead of stupid Twitter feuds, Taylor Swift visits cancer centers. Instead of drug rehab, we’ve heard about her raising $750,000 for tornado victims. Instead of coming out on stage in a tiny outfit and twerking, Taylor released a music video where she poked fun at her painfully awkward dance moves.

As her 1989 World Tour visits Chicago with back-to-back Soldier Field shows this weekend, there’s really no better time to see the world’s largest pop star at the peak of her career; ticket prices be damned. It’s utterly painful to hear some of the music on the radio these days, and with our kids growing up listening to it all you can’t help but wonder if real the real artist is a dying breed. Without getting too punny, she’s filling the music industry’s blank space whether we realize it or not.

As we cascade down the ever-changing rapids of the musical world, let’s take a second to freeze time and appreciate Taylor for who she is right now.

She’s exactly who she was nine years ago: a bright-eyed, small town girl with a big heart.