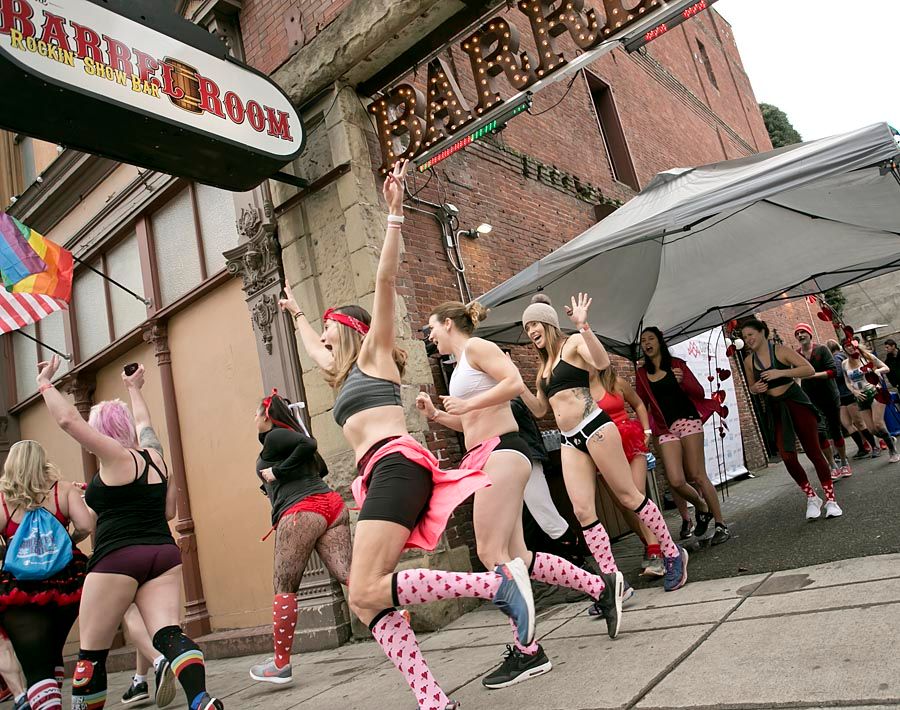 In a ballpark of charitable winter activities, Cupid’s Undie Run is coming to town on February 19. The annual dip into the frigid Lake Michigan benefits 7,500+ Special Olympians who compete year-round in Chicago. While you won’t be dunking yourself into the lake like The Polar Plunge, Chicago’s other iconic winter activity, there’s an equally chilly challenge. The “brief” midwinter fun run has a little twist if the name didn’t give it away––runners are clad in bright and bold underwear for this Valentine’s Day week activity.

Putting the “fun” in fundraisers

Every February, thousands across the U.S. strip down to their skivvies and party, go for a mile-ish run, and party some more. Cupid’s Undie Run proceeds to go toward finding a cure for those affected by neurofibromatosis, a rare genetic disorder that causes tumors to grow on nerves throughout the body and affects 1 in every 3,000 births.

The fundraising event donates 100% of the net proceeds to the Children’s Tumor Foundation, the world’s leader in neurofibromatosis research. Cupid’s is also partnered with Joe Boxer and Tito’s Handmade Vodka.

Party, run, and party some more

Cupid’s Undie Run is not limited to Chicago—the fun run series spans from coast to coast. Runners can show off their best undies from the warmer climates of Los Angeles and Phoenix to snowy Philadelphia and New York. You can also register as a virtual runner and run from anywhere in the world. Start a team, join a team, or run solo. Either way, you’re bound to make new friends!

Unlike bigger races that start in the morning, Cupid’s Undie Run starts at noon with drinking and dancing at Sluggers World Class Sports Bar in Wrigleyville. Get your heart rate going before you strip down, lace up, and head out at 2 p.m. to run about 1 mile. When you’re done, the party continues at Sluggers so you can warm up and celebrate that mad dash with more booze and dancing until 4 p.m. Registration for Chicago is open at $45 and increases to $50 on February 12.

Cupid’s Fun Run had its start in 2010 when a group led by co-founders Brendan Hanrahan, Chad Leathers, and Bobby Gill ran through the chilly streets of D.C. to raise money for neurofibromatosis research. They ran in their undies to bare (almost) all in solidarity with those affected with neurofibromatosis, who can’t cover up their tumors.

Since then, Cupid’s Charity was created and became a recognized 501(c)(3) non-profit, having raised over $21.7 million to date and bringing awareness of neurofibromatosis. The support, heart, and grit of 108,600 undie runners over 225 events across the country helped make this possible. Last year, Cupid’s raised over $3.5 million! Donations can be made in the name of a participant, a general donation, or a sponsorship.