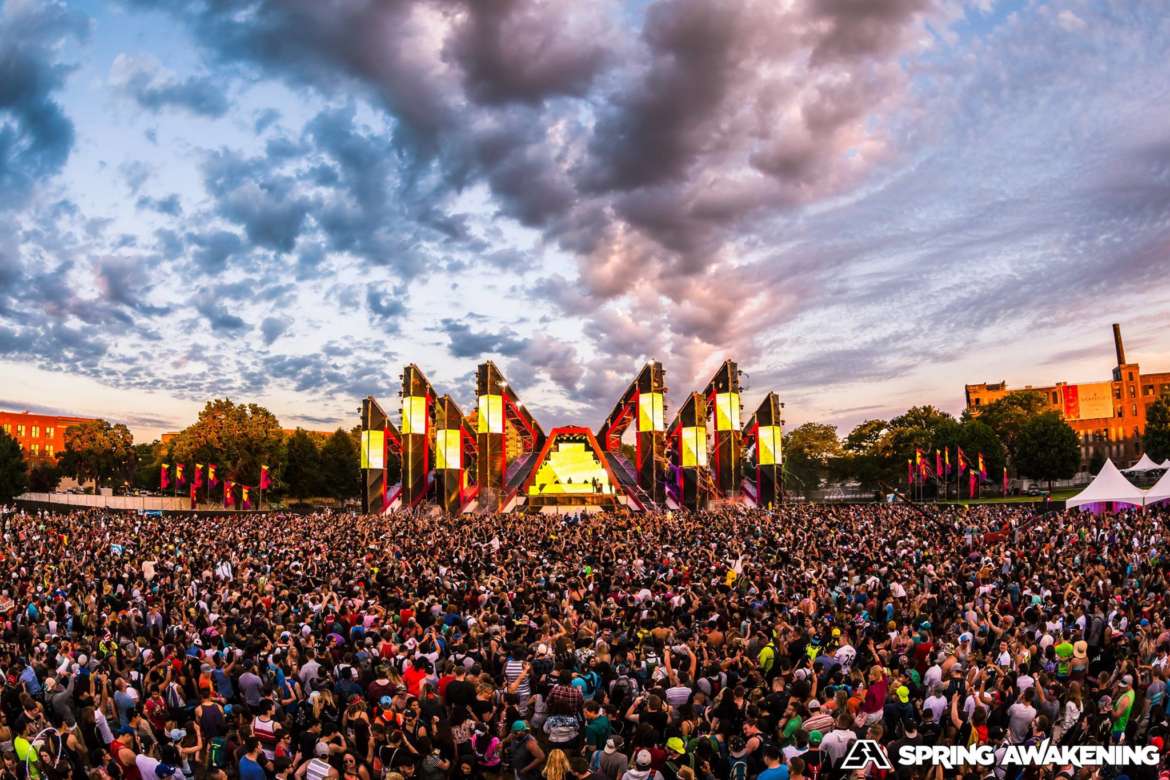 The EDM festival comes back for its sixth year

Spring Awakening, the Midwest’s largest electronic dance music festival, reignites in Chicago June 9 – 11. While the location has moved from Soldier Field since its first installment in 2012, it has now found a new home at Addams/Medill Park, which hosted the fest last year.

This is the first group of official Spring Awakening artists

Look out for the full official lineup soon.

Last year, the festival presented big headliners and side stage acts, such as Steve Aoki, Dillon Francis, Above & Beyond, Kaskade, Nicky Romero, Deadmau5, Jamie xx, Flying Lotus, and Flux Pavilion. In 2016, the festival also introduced five stages instead of four from previous years, making it the first time that two main stages were featured. Anyone who attended last year might also remember the massive bumper car arena-turned nonstop dance floor that kept people moving in the middle of the festival all night long.