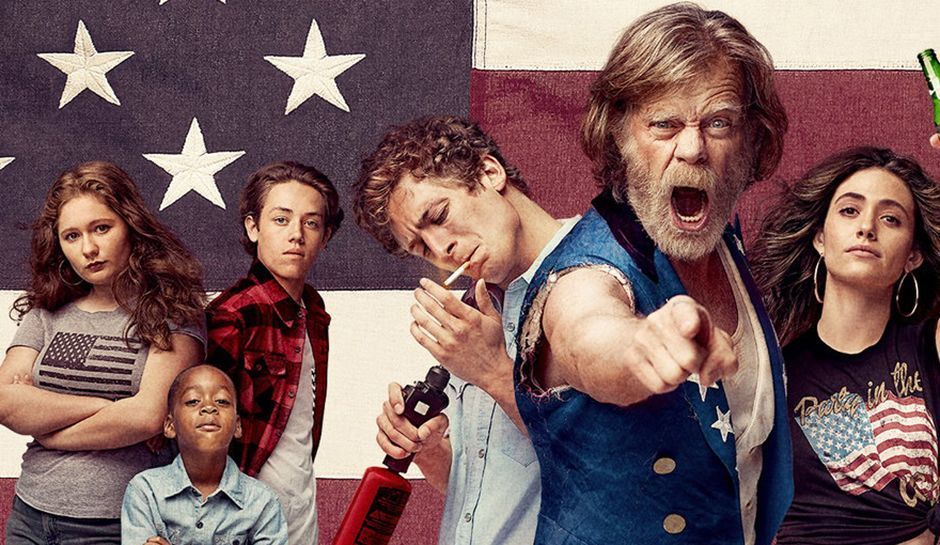 Here’s What You Missed on Season 7 of Shameless

You know, Frank Gallagher managed to have a liver transplant and slip into a coma from being hurled into Lake Michigan and he still didn’t miss last season of Shameless. What the hell is your excuse?

Lucky for you losers who’ve been living under a rock and you missed out on what happened during season 7 of Showtime’s Shameless, I’m here to help you recap what happened before the November 5th premiere.

So, what did we miss?

Well, for starters, Debbie went through it with baby Franny, guys. Her “I ran away to Florida because I totally didn’t mean to have a baby, so I gotta go” boyfriend’s family saw a viral video of Debbie holding the baby while fighting and, in response, straight up kidnapped Franny to try and get custody.

It was only with the help of a bat-wielding Monica that Debbie was able to get her baby back and maybe, just maybe, start to repair her relationship with Fiona.

Speaking of Fiona, she’s actually kinds gotten her shit together in season 7. Ya know, at least a little bit.  After discovering that her fiancé was back on heroin and cancelling her wedding back in season 6, the eldest Gallagher went on a Tinder binge, re-upped Patsy’s Pies, bought a laundromat from a dementia ridden old lady, sold that laundromat for a massive profit and is now kicking ass.

To be fair, she was also a total dick to her family, but hey, a girl’s gotta do what she’s gotta do.

Lip, it turns out, was especially pissed with Fiona for leaving them in the dust. After a stint in rehab, our lovable misfit/genius/alcoholic learns that he’s absolutely not allowed back into the university after he took a crowbar to his professor’s car. Obviously, he falls right back off the wagon.

Lip goes on to wrecks a budding relationship with a waitress from the diner and starts to realize that he can’t get it together and is basically following step by step in Frank’s path. Yikes.

Alternatively, Carl seems to be going in the exact opposite direction. Post finding out that Dominique was cheating on him with a college dude, Carl decides it’s time for a little order in his life and he gets Dominique’s dad to help him get into military school. As a result, the second youngest Gallagher son was absent from the show.

It was sad, sure, but someone has got to come out of the other end of this thing alright, so I’m cool with it. Moving right along.

After ending things with his firefighter beau, Ian begins a fling with Trevor, a trans man working at the local LGBTQIA center. Just when their relationship really starts to pick up steam, Ian learns that Mickey has busted out of jail and, because love is still real, goes to see him. Mickey seemingly convinces him to flee to Mexico with him, but when they get to the border Ian just can’t do it, and sends Mickey on his way.

I cried, don’t judge me.

Similarly unlucky in love were are favorite polyamorous throuple, Vee, Svetlana and Kevin. To absolutely no one’s surprise, this already unstable relationship spectacularly blew up in Vee and Kev’s face this season. Svetlana came in, swept them off their feet and then….essentially took control of everything out from under them, including ownership of the Alibi and then disappeared.

Annnnnd this brings us to Frank. Rest assured that this mess of a human being did everything in his power to drink his new liver into disfunction. Still not welcome in Fiona’s home, Frank resorts to starting a “new family” and running his own homeless shelter which, spoiler alert, went horribly.

And that was all well and good, but the real, true heft of Shameless season 7 comes with the re-arrival of Monica, back from perdition to ruin everyone’s life. Again. Upon revealing to Frank that she has a terminal brain aneurism, the two go on a rampant crime spree, attempting to scrounge up something to leave to the kiddos when she’s gone.

Monica finally kicks the bucket following an impromptu (and drug fueled) remarriage to Frank, prompting a funeral that in turn reunites the Gallagher clan. Her last bequest? Leaving each of her children a whopping pound of meth.

Guess we know where next season is gonna start.

Tune in to Showtime on November 5th to see where it goes from here. Or don’t and know you’re missing out. That one’s on you.