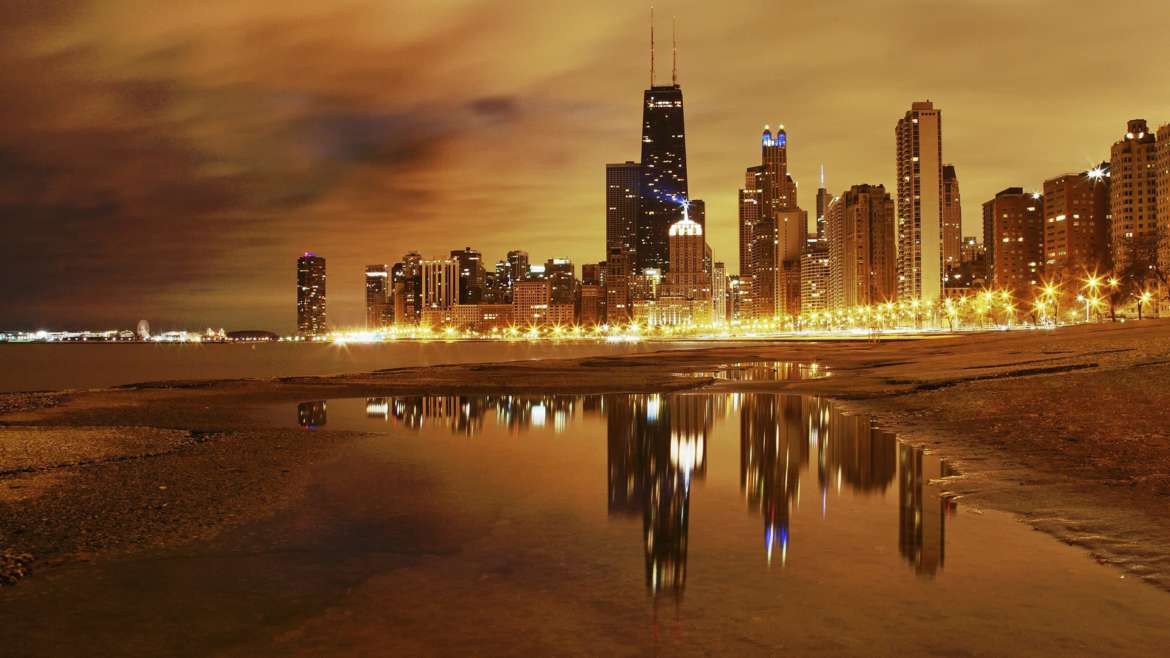 You know that beautiful orange glow that radiates from Chicago each evening? Well, it’s going to be gone soon, and that’s actually a good thing.

Let’s start with why this is going to change in the first place. For one, the spectacle is a byproduct of Chicago’s sodium-vapor lamps that line our city streets. As Mayor Rahm Emmanuel announced last week, the Chicago Infrastructure Trust will begin enacting a plan to remove the yellow-hued lighting and replace it with more efficient LED technology.

Looking at this straight up, you’re probably thinking about the massive time & cost of a project of this stature, and to a degree, you’re probably spot on. The plan will transition 348,500 lights to the new equipment, and there’s no way to realistically replace that many of anything for a low cost. However, by changing to LED systems, Chicago will save an incredible amount of money on its annual electric bill, meaning that the project will pay for itself in no time.

“By improving lighting throughout the City of Chicago, we will continue to find more cost efficient ways to operate and provide longer lasting services for city residents,” Emanuel said in a statement. “In addition, ensuring that our neighborhood streets and parks are appropriately lit creates better living environments for our residents.”

Next up, light pollution. Sure, the orange hue is beautiful. And don’t get us wrong, we’re going to miss it like no other, but its actually both terrible for the environment and the primary reason that Chicago is the number one light polluted city in the entire world. Let that sink in for a moment… Chicago tops the list of every major city across the globe. So while our orangely-lit city sparkles in the night, it’s actually contributing to ozone breakdown on top of it’s outdated look & inefficiency… Not really something we should be proud of.

Here’s to the new plan: a brightly glowing city with a revamped lighting grid that makes dollars travel further and keeps our precious ozone intact.

Orange ya glad we’re moving on?