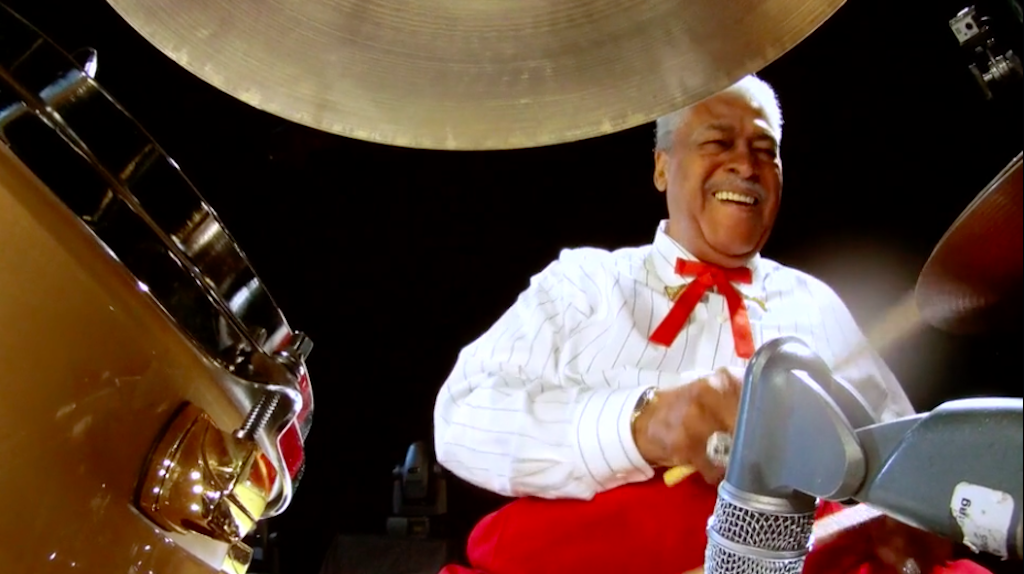 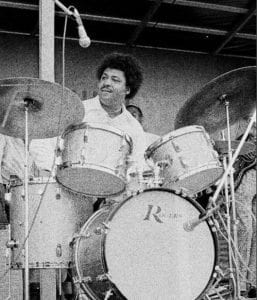 Born in Birmingham, Alabama in 1935, Sam Lay entered the world with one shining purpose: to play the blues.

After moving up north, Lay’s career began in the late 1950s and took off throughout the 1960s, as his talent for genre-defining blues percussion allowed him to play with some of the most important names on the scene, including Howlin’ Wolf, John Lee Hooker, and Muddy Waters. Within the history of Chicago’s famous Chess Records, Sam Lay made historic contributions.

One of his many career high points was his time in the Paul Butterfield Blues Band, where he was recognized not as an assisting act, but one all his own. His influence was carried far and wide, as prolific American musician Bob Dylan recruited him to play the drums on one of his tours.

Aside from his skill, he was known for his presence. Lay had a penchant for flashy attire and for being the quintessential “cool guy,” something enviable to many musicians from his time and thereafter.

A solidified and well-deserved status in music history is inevitable after such a colorful and impactful career as Lay’s. He has been inducted into the Rock and Roll Hall of Fame, the Blues Hall of Fame, and the Jazz Hall of Fame.

Now 81 years old, Sam Lay lives on to play the blues, derived from a rich life of music and performance behind him, and that fire is still evident in his spirit. Sam Lay in Bluesland, a documentary produced by Starr Sutherland, is an all-encompassing, inside look at just how significant his work is in the music industry. The film shares the impressive accomplishments of his career and interviews fellow musicians like Iggy Pop, Jim Keltner, and James Cotton for an outside perspective on the influence of Sam Lay.

If you’ve ever wanted a glimpse into the world of true Chicago blues, this is a story that can’t be missed. Sam Lay in Bluesland will be shown live at the Chicago Cultural Center on Juneat 6 pm. For a preview of the film, check out the trailer here.

To see the man in action, check out this not-too-long-ago performance from the Chicago Blues Festival!