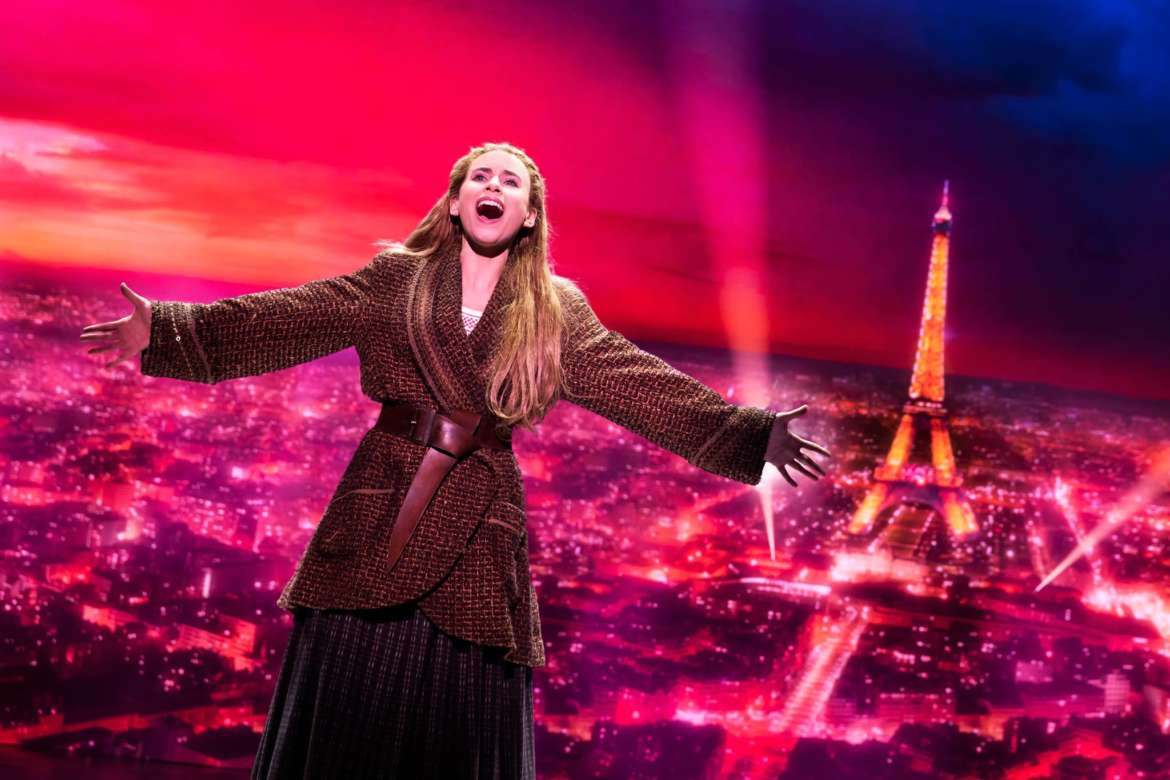 History is hard to grasp for some people. It can be seen as boring or too depressing, an aspect that isn’t too far from the truth when discussing Russia’s history over the last 150 years. But yawn no more. Broadway In Chicago has adapted one of history’s greatest mysteries into an evening filled with dazzling costumes, love, connection and some magnificent musical numbers, and you’d be remiss to check out of this one.

Yes, the mystery of the missing Romanov princess, Anastasia, has been brought to spectacular life as a Broadway musical that is currently running at the newly minted James M. Nederlander Theatre.

Anastasia opens on a palace bedroom as the Dowager Empress is saying goodbye to her granddaughter as she leaves for Paris. She gifts Anastasia, played by Lila Coogan, a music box that plays the classic song “Once Upon a December” that many millennials will recall from the beloved 1997 animated classic of the same name. Her parents, the Tsar, and Empress of Russia come strolling in in their finest attire and the scene quickly shifts to a ball. The young Anastasia twirls behind a pillar and when she reappears at the ball, it’s as a young lady. Then the show provides one of my favorite bits where the family is talking, quickly stops and grows serious, and a flashbulb goes off before they repeat the process. It was a nice touch for some of the last formal photos the family had.

The scene quickly changes as the revolution begins. Screens within the palace doors illuminate to show fire creeping up the palace walls as glass breaks. The stage is engulfed in a red hue as another screen in the back shows soldiers approaching. Anastasia grabs the music box and a loud crash sends the stage into darkness. When the light comes back, it’s on a dismal scene. The Romanov’s have been assassinated and the city of Petersburg has turned into Leningrad. Soldiers patrol the streets, the residents are starving and rumors of the missing Grand Duchess Anastasia has taken over the city.

Friends Dmitry, played by Stephen Brower, and Vlad hatch a plan to prey on those rumors by finding a girl that can pretend to be Anastasia. Then they can find themselves a ticket out of the sullen landscape by taking the impostor to the Dowager Empress in Paris. They’ll collect the reward money and be on their way before anyone wises up to their lies, so long as the lie was good enough. When a street sweep comes to them based on their ad and says she doesn’t know much about her life because she woke up with amnesia a few years ago, they realize they’ve struck gold.

The first act shows the three of them creating their plan and teaching Anya all that she needs to know to properly pull off the ruse. There are a few delightful numbers, including the music box that she somehow knows the words to and Dmitry wonders if the rumors are true: that Anastasia is alive and he’s looking at her. Once she trusts him, she shows she has a diamond. They use the money from the diamond to falsify papers and buy train tickets out of Leningrad that very night. But will they make it?

Despite the first act being somewhat slow with a few laughs here and there, the second act really makes up for it. Once they leave Russia, the stage is much brighter, much fuller, as they enter France. A new set of characters enters the show, including the Dowager Empress’s lady in waiting, who offers not one, but two spectacular numbers. The second of which, “The Countess and the Common Man,” had the entire theatre rolling with laughter and was by and large one of the best numbers of the show.

As the two men fight to show Anya as Anastasia, the trio hopes to run into the Dowager Empress at the ballet. Each cast member enters the scene with Anya bringing up the rear in one of, if not the best costumes of the show; a sparkling blue evening gown dripping in crystals with a train of shimmering silver cascading down from her shoulders with white evening gloves. It’s a gown fit for a grand duchess. This leads to “Quartet at the Ballet” which is sung by four characters reflecting on the possibility that Anya really is Anastasia.

Swan Lake, performed beautifully by the corps of ballet dancers, ends and the Dowager Countess refuses to accept Anya. Dmitry pleads with her and when the two meet, she believes that Anya really is Anastasia. A flurry of events happens, including a resplendent red and gold gown with a crown that could be seen from space, that leads to Anya searching for Dmitry and choosing to spend her life with him.

The show is special in that it appeals to theatre-goers of all ages. It has the historical aspect for the older generation, it’s a fairytale for the ages for the younger crowd, it’s nostalgic for Millennials who obsessively watched the animated movie and it’s a story of love, hope, and family for everyone. It has humor and mystery, romance and sadness. In short, it has everything you could ever want from a musical.

If you’re looking for something that will dazzle you, there’s no better show. The cast is incredible, the songs are beautifully threaded throughout, and it’s a story that has captivated millions around the world for a century.

Anastasia will be playing at the James M. Nederlander Theatre through Sunday, April 7th. You can find tickets online, but you don’t have to look for parking. We did that for you.