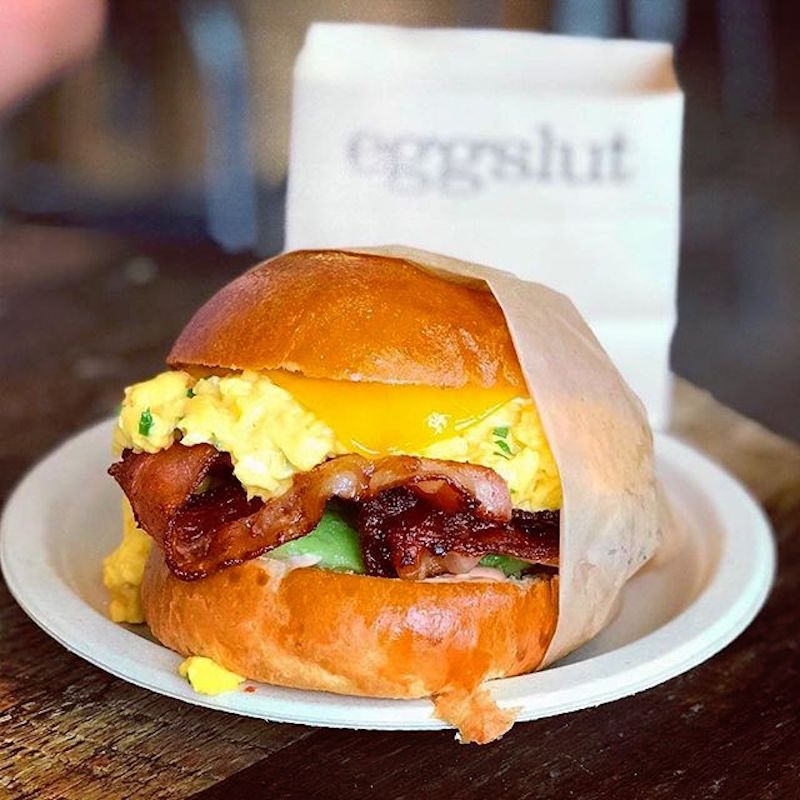 14 Restaurants in the U.S. We Wish Were in Chicago

When we think about Chicago’s food scene, we’d say we’re pretty damn lucky, to say the least. But let’s be real. There are quite a few gems dispersed throughout the country that we’d love to get our hands on.

This city’s just a hop, skip and a jump to the north, so we could easily see this burger, beer, and shake joint setting up shop in the Windy City. The apps are bomb, the punch cocktails are delish, and not to mention, there’s tons of items covered in that good ol’ farm-fresh Wisconsin cheese.

The “gourmet grilled cheese” spot has been done many a time, but we’d bet few of them stack up to Roxy’s. Although there’s already three Boston locations, we’d be stoked to be the first city outside its hometown to get in on the cheesy goodness. Trust us, one look at this menu will have you salivating.

It’s tough to narrow down the numerous NYC-based restaurants to a single pick we’d want in Chicago (Momofuku – where you at?), but there’s something about Bubby’s that just warms our hearts. Whether it’s the heavenly stacks of pancakes or pristinely baked pies, we’d go nuts (and broke) if we had it here.

There’s little that can make your morning (and cure your hangover) better than a classic egg sandwich, and judging by the name of the place, the servings are pretty liberal as far as eggs go. These delightful handhelds are stuffed with (duh) eggs and various toppings, and if it were here, we know it’d be a hit.

There are many quesos, but there can only be one Bob Armstrong dip. ?: @nyckrissy #EEEEEATS #InfatuationAustin

Being a northerly town, it’s not often that we get to enjoy the best kind of Tex-Mex that Texans get to eat on the regular. If it was up to us, we’d have Matt’s, which is a staple in foodie-centric Austin. Any place that’s got a queso dip so perfect it could induce tears is a must in our book.

“Mmm… breakfast.” We often have that sentiment just about anywhere across the nation, but this elevated Denver diner gives it new meaning. Yes, there’s pork green chili on the menu (an obligation when in town), and don’t even get us started on the scrambles.

We’d welcome any ounce of “weirdness” from Portland if it meant we could have Lardo sandwiches on the daily. The simple menu features high quality meats and toppings, and rest assured, there’s no skimpage on these hearty sandwiches.

There’s a lot to appreciate in the Twin Cities, but admittedly, this patisserie is one of our faves. Offering the freshest baked goods, sweet pastries, and breakfast items, along with a full beverage menu, a place like this would be a nice little retreat on a busy Chicago day.

You might think it odd to pick a pizza place in a city that’s not known for it. After all, there’s no shortage here. But nevertheless, we really like this spot. These wood-fired beauties are baked on delicious crusts and feature an assortment of savory toppings. Even though we’re the pizza capital, we can make some room.

Among other things we’d borrow from SF (its famously temperate climate being one of them), we’d gladly bring this innovative restaurant to our neck of the woods. NYC has one, so our turn’s gotta be next. Since SF has arguably the best Asian cuisine in the country, we’d bet there’d be no complaints from locals.

This one would be tricky, since this restaurant’s coastal location has a lot to do with how its menu is sourced. But in a perfect world, we’d be slurpin’ down oysters and crackin’ crawfish open all the time in Chicago. Hey, we can dream, right?

You can’t go wrong with comfort food in Nashville, and this meat-heavy favorite is a testament to that. Sure, there are similar concepts here in Chicago, but we’d bet the cocktails and entrees at Butchertown Hall would give other places a run for their money if it had a home here.

We’re gonna go out on a limb and say that this is probably one of the best Indian restaurants in the nation. There’s a lot – yes – but this one is particularly good, and is a go-to when in the capital. Fingers crossed they venture someday. (Yo, over here!)

What would we adopt from Kansas City? Barbecue, obviously. No question. What local carnivore wouldn’t be ever-so-grateful to have some of those smoky eats sent our way? It’s pretty nice that the restaurant offers national shipments, but honestly, we’d rather have the real thing right at home.