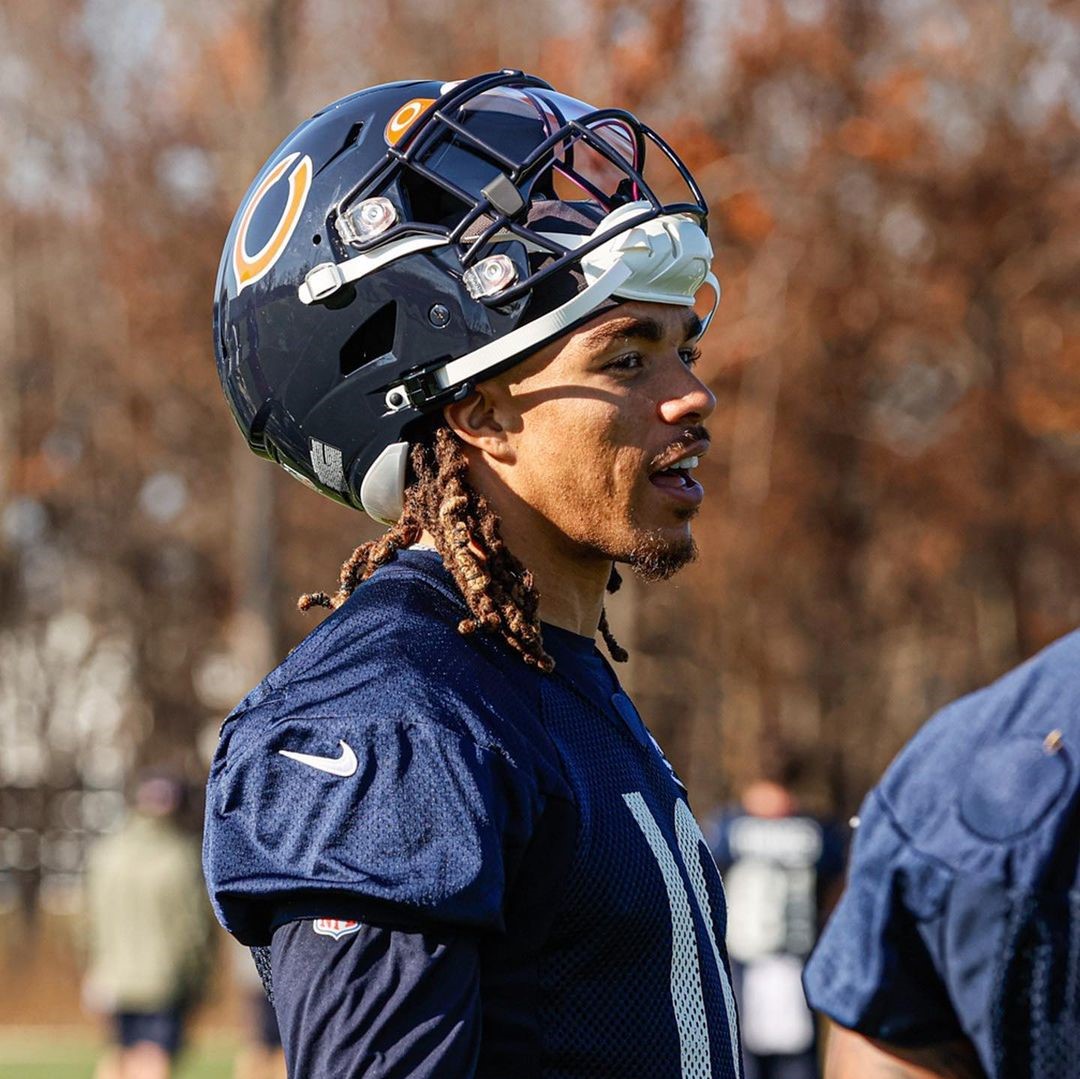 Sound familiar? Well, if you’ve been keeping up with the NFL trade deadline at all this week, it might.

The league’s trade deadline occurred this past Tuesday, November 1, at 3PM CST, and boy did it deserve all the hype it received. When the dust finally settled, the league finished with a record-setting number of deals! All-in-all, teams made 10 trades involving 12 players, which is the most moves on the day of the deadline in the last 30 years.

The Bears trade with the Steelers was one of two they made out of the 10 on the day, and we’re here to talk about what it means for the future of this team, and more!

While it wasn’t their first move, the biggest move out of the two Bears trades at the deadline was when they acquired receiver Chase Claypool from the Steelers in exchange for a 2023 second-round pick. Some are questioning whether the team overpaid for Claypool or not, but not us.

Given the needs of our offense, particularly at the receiving position, factored in with the talent Claypool has, we don’t see it as overpaying at all. Chase Claypool was drafted in 2020, and the young receiver has only had an old Ben Roethlisberger, Mitch Trubisky, and Kenny Pickett as his quarterback for most of the NFL passes thrown his way. Despite that, the 24-year-old has caught 153 balls for 2,044 yards and twelve touchdowns to-date. Oh, and he’s also found some success as a ball-carrier, with 32 career rushes for 167 yards and two touchdowns. Not like the Bears need much more weapons on the ground, but the dynamic play-making capabilities never hurt.

So with the Claypool trade, Justin Fields finally gets the receiver upgrade he needs. We don’t expect the team to be done building this offense around him, and he’ll have the remainder of the season to continue to grow like he’s done all year and build up a rapport with Claypool.

Then, come 2023 free-agency, the team expects to have over $100 million in cap space to play around with, and 9 picks in next year’s draft!

Did The Bears Trade For More?

We mentioned that the Claypool trade was their second of the day, and their first involved sending line-backer Roquan Smith to Baltimore in exchange for a second-round and fifth-round pick. The Bears also received A.J. Klein as part of the deal, who is a 31-year-old linebacker.

When it came to trading away Roquan, GM Ryan Poles spoke to the media late on Tuesday to address the move.

“The reality of it is that you have to ask yourself a question: ‘Are we ever going to find that middle ground?’ And from our previous conversations, you gather that information and it felt like it was highly unlikely,” said Poles on Tuesday.

His comment is referencing this past off-season’s contract negotiations with Roquan, where the Bears failed to agree on a deal with the young LB, who represented himself without an agent. Since a long-term deal couldn’t get done then, the team figured it’d be better for their future to let him go now while they could still receive something back for him in return. While we love Roquan and everything he meant to the Bears org, we tend to agree with their move and reasoning.

So, farewell Roquan Smith, and welcome to Chicago, Chase Claypool and A.J. Klein! We couldn’t be more excited to see what these new guys will bring to the table, and if they can pick up on the playbook quickly enough, we’ll get our first chance to see them in action wearing some Bears uniforms come Sunday at Soldier Field when we face off against the Miami Dolphins at noon!