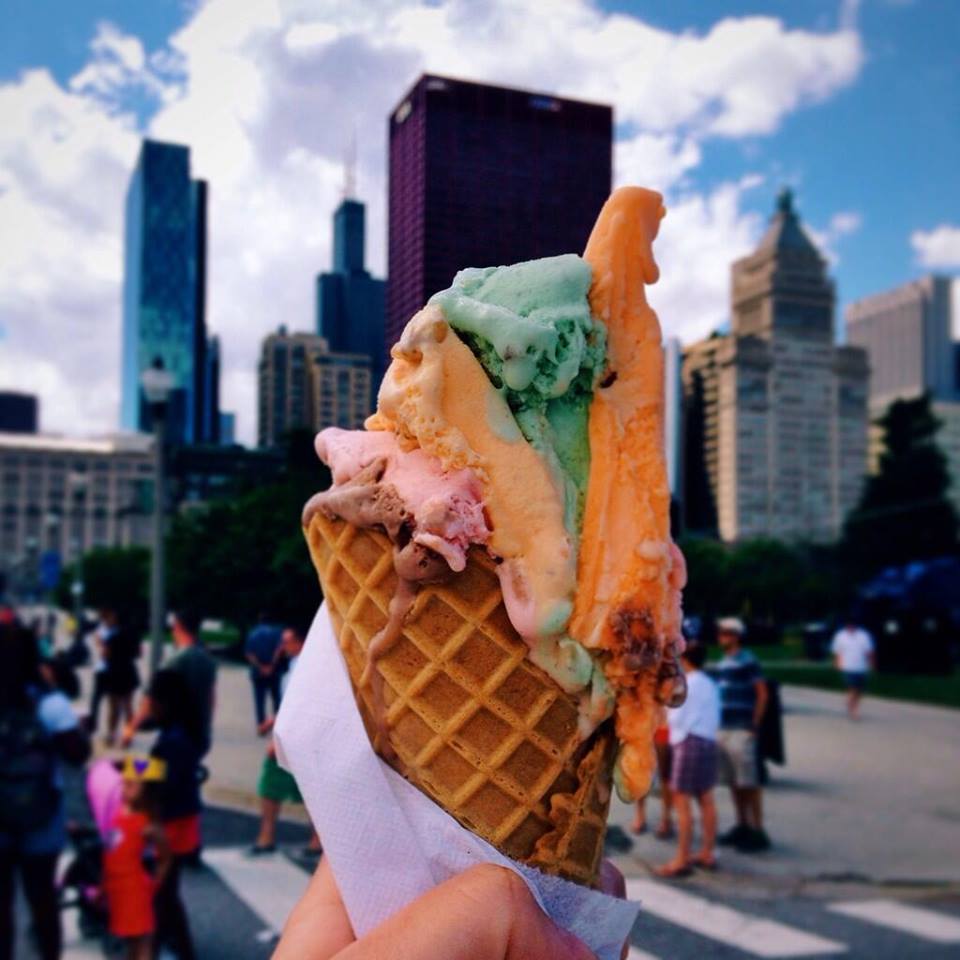 Once again, Chicagoans have somehow made it through another ridiculous Midwestern winter. And now that spring is officially approaching, that means one very important thing is coming along with it: ice cream season.

The Original Rainbow Cone was founded on the South Side of Chicago in 1926 by Joseph Sapp. Sapp intended on combining multiple flavors of ice cream instead of having to choose just one and ended up with the infamous Rainbow Cone. The original store, built a few years later, is still located at 92nd and Western in the Beverly neighborhood of Chicago.

A small cone costs $4.03. The ice cream also comes in baby and large cones, as well as quarts and pints to take home, enjoy for later, and maybe even share with your friends.

The mixture of flavors is now even offered in ice cream cakes to add to all your summer celebrations.

If you have a solid, favorite ice cream, don’t worry. Rainbow cone still offers a flavor for you along with shakes and sundaes.

How and Where to Get Them

The original shop is still located at 92nd and Western and is only open from March – November. The shop opens for the season on March 2.

Start your summer early and make sure to visit the Original Rainbow Cone!