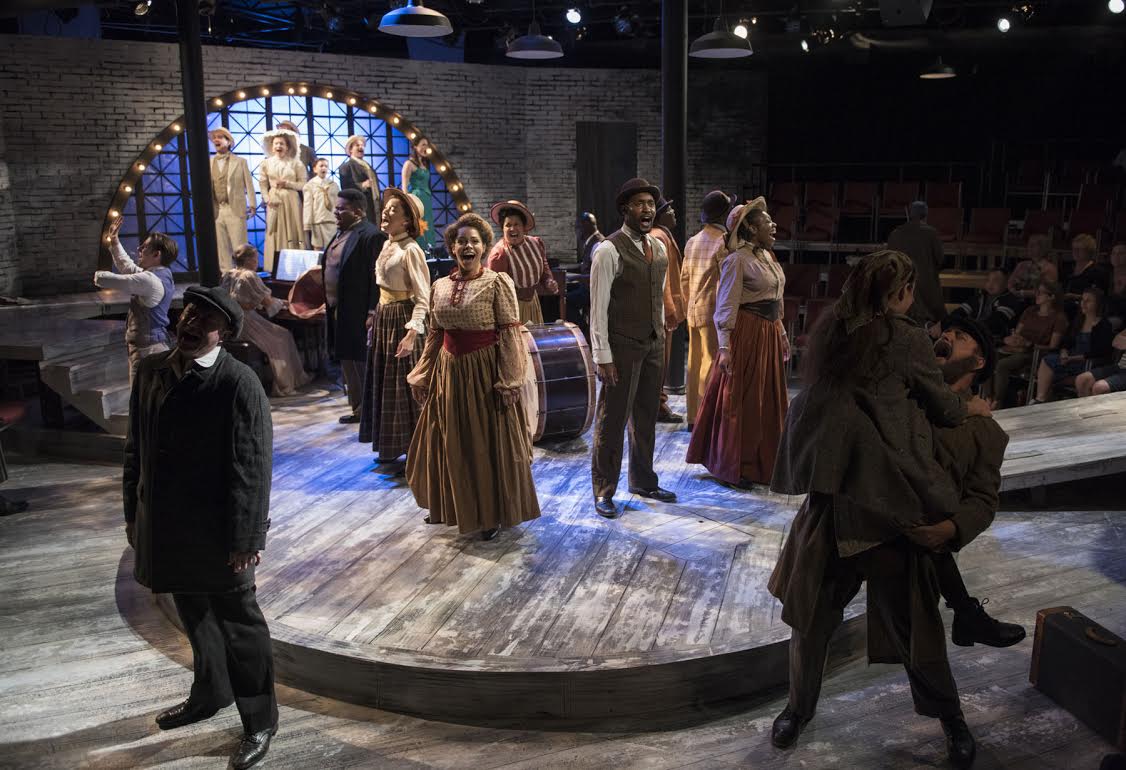 Ragtime Shines As It Pursues The American Dream 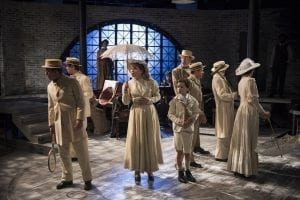 Calling out racism, women’s roles, wage inequality and immigration, the Tony-award winning production of Ragtime by the Griffin Theatre Company is just as relevant today as it was when it opened on Broadway in 1998. The show is based on the 1975 novel by E.L. Doctorow, set at the dawn of a new century, where the lives of three distinct American families from different backgrounds intersect in their search for the American dream. Part history lesson—part family saga, this stirring musical showcases a changing America.

Weinstein maximizes the space by having his 20 actors appear and exit through every door, even cleverly using the seats as part of the set. Using two pianos and a wind instrument, he rotates the musicians as well as the two pianos on and off the stage. It is a very ambitious and successful production.

Mention must be made of Laura McClain who is dazzling as Mother, Denzel Tsopnang as Coalhouse Walker, Jr., Jason Richards as the impassioned Tateh and Katherine Thomas as Sarah. Thomas’ strong, powerful vocals steal the show every time she’s on stage. Jermaine Hill gives a stellar performance on piano. 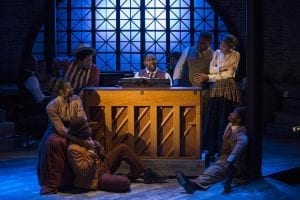 If you’ve never seen Ragtime or haven’t seen it recently, don’t miss it. Ragtime is a powerful show that only comes along once in a great while.

Ragtime plays through July 16, 2017 at The Den Theatre‘s Heath Main Stage, 1333 North Milwaukee Avenue in Chicago. Tickets are currently available at or by calling (866) 811-4111. Curtain times are Thursdays, Fridays and Saturdays at 7:30pm, and Sundays at 3pm. Tickets are $39, and $34 for students, seniors & veterans. Group discounts are available for groups of 10 or more.

The Griffin Theatre Company produces literary adaptations, original work and classic plays that challenge and inspire, with wit, style and compassion for the audience. The Griffin Theatre Company is the recipient of 105 Joseph Jefferson Award nominations for theater excellence in Chicago and was the repeat winner of the 2016 Jeff Award for “Best Production of a Play” for London Wall having won the same award in 2015 for its production of Men Should Weep.