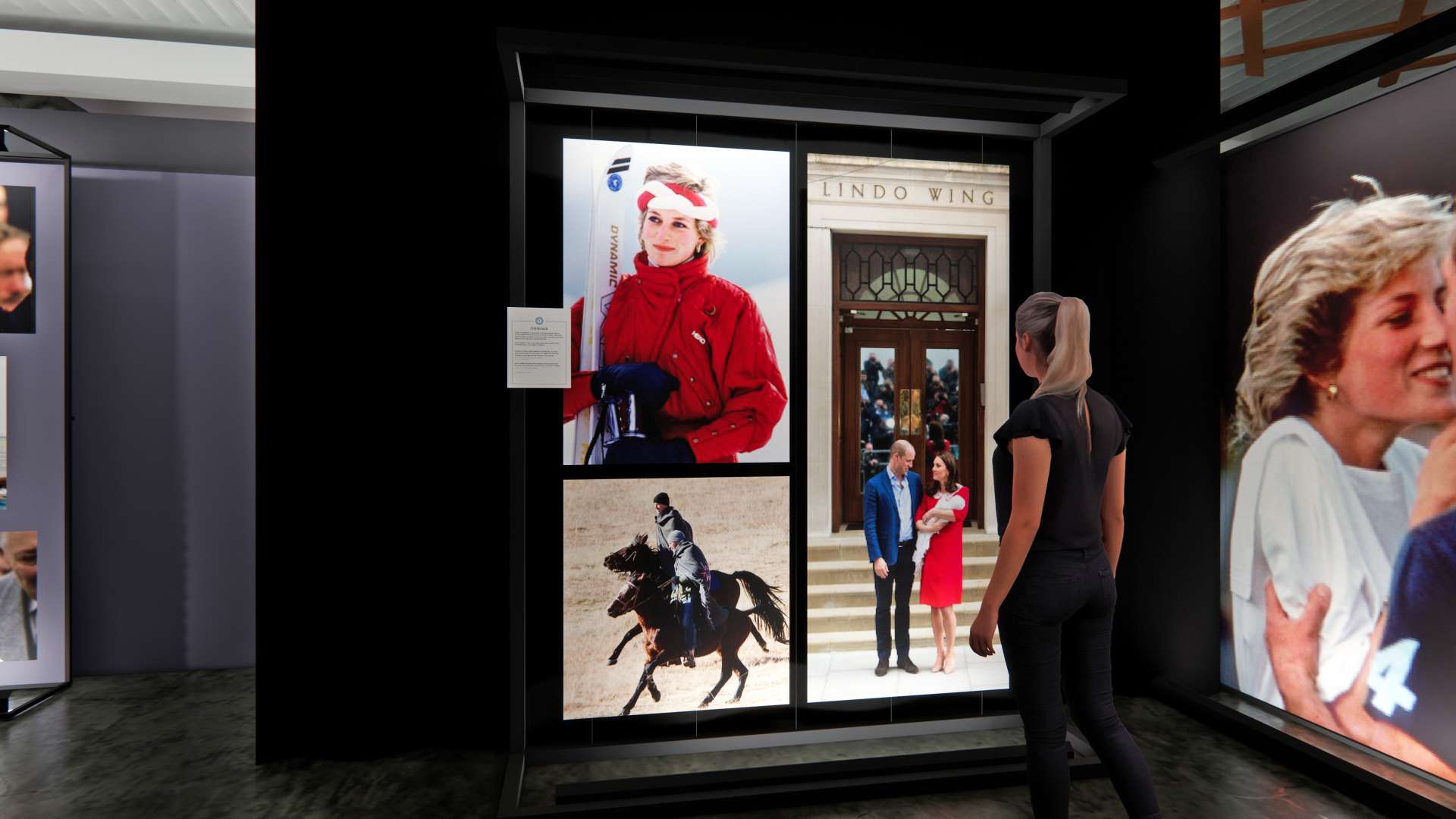 For those of us who love all things nostalgia and royalty, one of the hottest events this holiday season is coming to the Chicagoland area — the Princess Diana Exhibition will debut this December, and tickets are now on sale! Princess Diana is the star of this stunning photography and art exhibition that guarantees to wow. Featuring bespoke art installations and larger-than-life images, it’ll definitely beat looking at your Princess Diana commemorative plates.

The latest exhibition to hit Chicago tells the story of the world’s most loved Princess through an intimate new lens. Princess Diana Exhibition: Accredited Access, will make its Chicago debut this December at Oakbrook Center, 2000 Oakbrook Center during its U.S. tour. For the first time, world famous Royal Photographers, Anwar Hussein and his two sons Zak and Samir, will share collections of their original images and the intimate, never-before-told stories behind them.

The Husseins collectively spent four decades working side by side with the iconic Princess and her family and will reveal what they witnessed first-hand, both in public and private moments. Tickets to the Chicago exhibit are officially on sale, and visitors can join the waitlist by clicking here to ensure they are one of the first to see this highly anticipated exhibition.

Princess Diana was one of the most photographed people of her time. The Exhibition, brought to Chicago through leading entertainment discovery platform, Fever, is a breathtaking visual experience that will bring guests closer to her than ever before, pairing vivid stories told by the Husseins with larger than life images and murals. Bespoke art installations from renowned multimedia artist, Pauline Loctin, have been developed exclusively for Accredited Access and are inspired by some of Diana’s most famous moments.

Upon entering the exhibition, guests will be taken through an elaborate experience that features eight different themed sections: The Photography Dark Room, Growing, Glam, Hats & Tiaras, Art Installations, Working Royals, Humanitarian and Unguarded. Each section will feature photography, art, artifacts, and first-hand accounts as told through the lenses of Anwar, Zak and Samir. These curations celebrate the life of Princess Diana in a comprehensive and deeply personal way.

Brought to life by Fever, the leading entertainment discovery platform, the exhibition highlights the touching stories behind each photo taken by the longest-standing, most famous Royal photographer and his sons for the first time in a COVID-safe, family-friendly immersive experience.

Tickets are available exclusively through Fever. Attendees must adhere to local COVID-19 guidelines. Hand sanitizer stations will be available to visitors on-site. To learn more or get on the waitlist, please click here.

From Kings of Rock and Roll to the Royal Family, Tanzania-born Anwar Hussein blazed a storied career with his photojournalist work beginning in his teens. He cut his teeth covering the refugees fleeing civil uprising in the Belgian Congo (later Zaire) for the United Nations.

When Anwar and his camera arrived in England, his reputation for captivating naturalistic portraits of music legends that included Rod Stewart, Elton John, John Lennon and Yoko Ono, The Who, Bob Marley, The Bee Gees, and The Sex Pistols quickly established him as one of the most sought-after photographers of the 1960s. Hollywood called, and Anwar added to his portfolio photoshoots from films like The 24 Hours of Mans, Papillon, Tommy, the Bond movies, as well as stars like Steve McQueen.

With his unique style and embracing his less restrictive style of reportage, Anwar was named Official Royal Photographer, capturing some of the Royal Family’s most iconic images and historic moments. A new dynasty is born as Anwar’s two sons, Zak and Samir, carry on the family tradition of entrancing the world with their eye for legacy and photographing the next generation of Royals and celebrities.