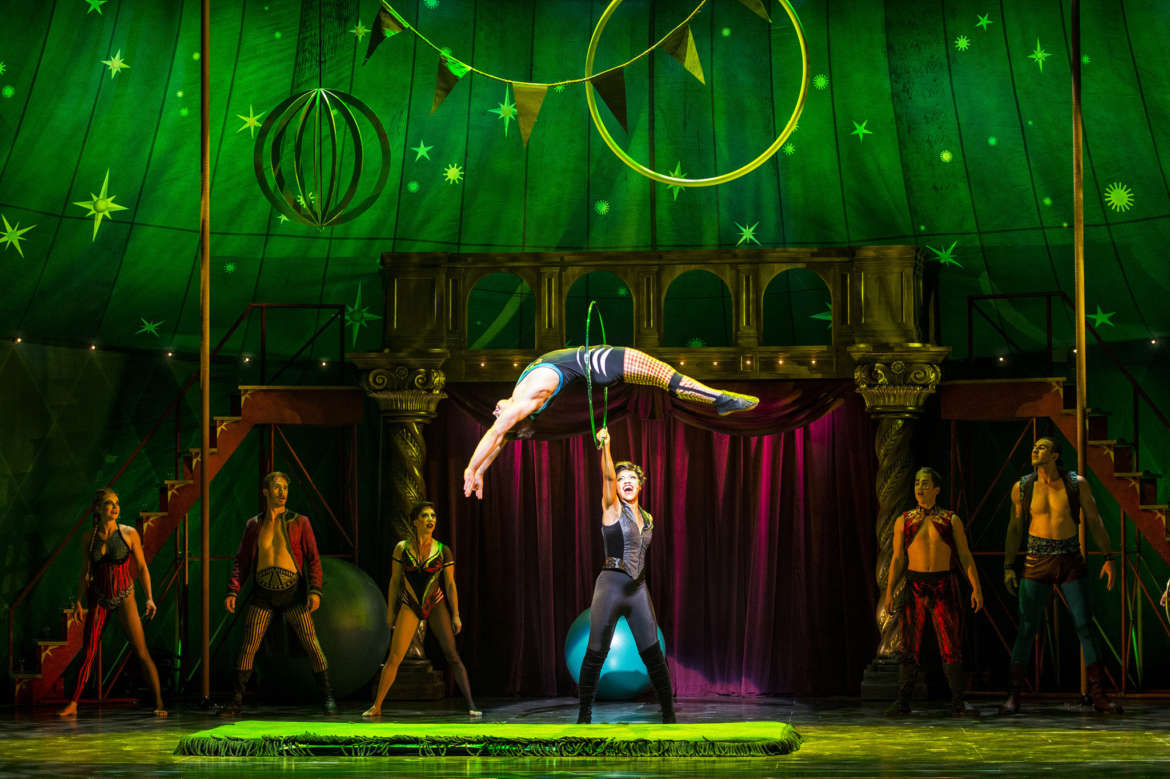 Imagine you’re an actor on stage. You’ve practiced this jump countless times. You’ve got the timing down; you’re ready. You’ve waited for this your entire life. You live for this. You take three steps, shift your momentum, plant your feet, and take off. Out of the corner of your eye, you see the packed audience looking on in awe while you twist through the air for what seems like an eternity…

When you’re performing difficult tricks like the acrobatics in Pippin, you’re bound to mess up from time to time. The actors are then encouraged to try again, and ultimately, they nail it.

And the crowd goes wild.

It’s impossible not to gain a deeper appreciation for the finer points of each circus act with every failure, and words just can’t explain the vulnerability of the actors in these moments. As a spectator, you can’t help but connect to the performers on a deeper level while you sit there clenching your armrests with each leap.

It’s truly extraordinary that they’ve incorporated something of this nature into a Broadway play. With this type of ingenuity, we can’t help but highly recommend that you check out the play at the Cadillac Palace Theatre. Before you do that though, let’s take a journey into the world of Pippin for a moment.

Pippin is a young prince who longs for a life of excitement and adventure. In an effort to impress his father, the world’s first Holy Roman Emperor, Pippin goes to war for his people. This is fairly short-lived though, as Pippin is soon swayed by Leading Player, the charismatic head of an acrobatic troupe of performers. Under Leading Player’s influence, Pippin is convinced to fight against tyranny — so naturally, (spoiler alert) he kills his father.

Now I don’t want to ruin the entire musical for you, so I’ll stop there. Trust me when I say that there’s still PLENTY of action, acrobatics, and all-around angsty – yes I know that’s not a word but humor me – emotion just about everywhere throughout the play.

And that’s just it, Pippin is about WAY more than just the storytelling elements. There’s dark humor, sex, contortion, flying on the trapeze, throwing swords, and of course, singing.

Catch Pippin at the Cadillac Palace Theatre from July 29 – August 9th. The runtime is 2 hours, 35 minutes with an intermission. You can get tickets at the Broadway in Chicago website.