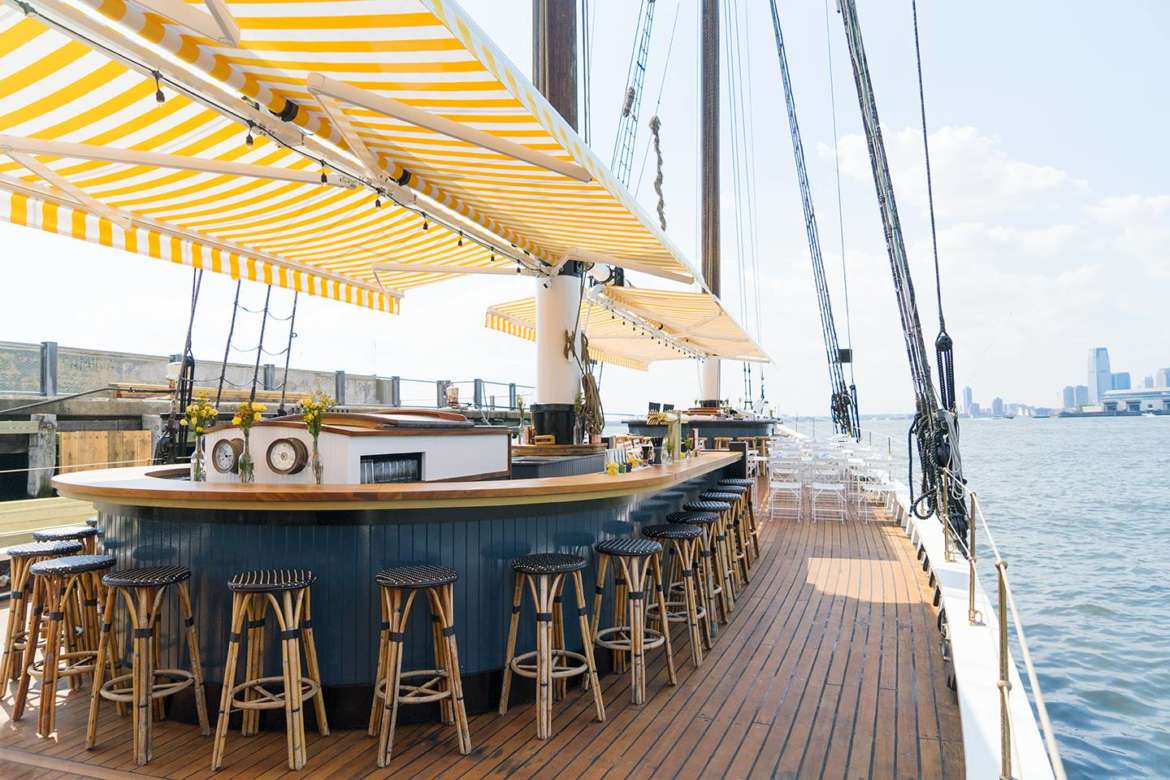 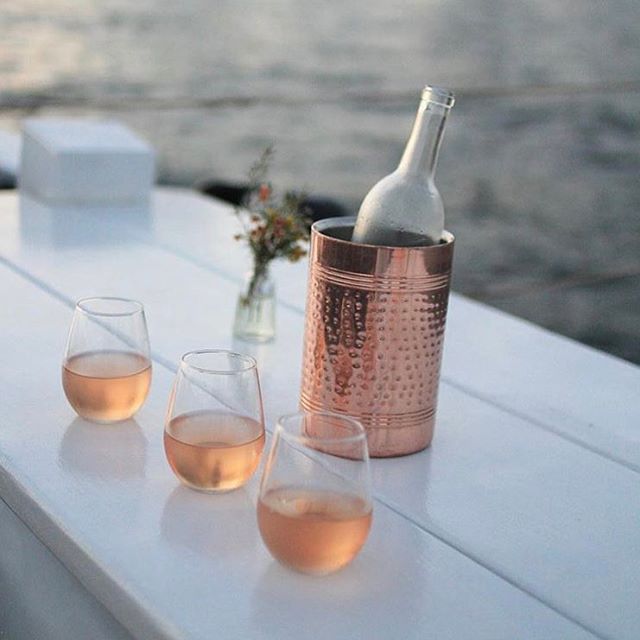 Eager to squeeze a little more al fresco drinking into your summer before the season changes? Pilot, a floating bar docked in downtown Brooklyn, is a must for end-of-season imbibing. The seafood restaurant and bar is owned by brothers Alex and Miles Pincus, who are also behind the popular floating bar, Grand Banks. The duo are both lifelong sailors who spent a year restoring a 1920’s racing schooner with the goal of turning it into an upscale floating bar. 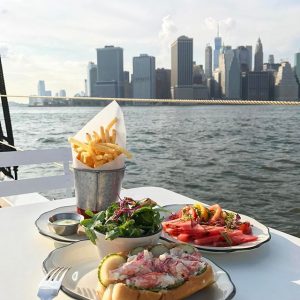 Pilot boasts two wraparound bars with an ample number of stools as well as rows of white folding tables for those looking to dine on the boat. The menu is designed by Kerry Heffernan, whose culinary credentials include a stint as the original chef at Eleven Madison Square Park. The menu pays homage to the bar’s riverside location with a variety of seafood-centric options such as scallop ceviche, soft shell crab po’ boys, and lobster rolls. Pickier palates may gravitate towards the vegetarian options which include a tomato watermelon salad, ricotta toast with roasted grapes and pomegranate molasses, and seaweed salt french fries with sage aioli. 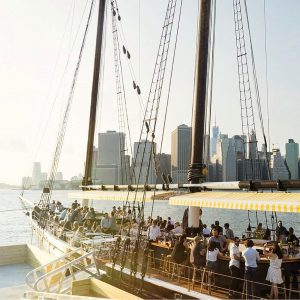 Meals and snacks can be washed down with one (or more) of Pilot’s craft cocktails. Some of the more summery offerings include the Life at Sea, composed of vodka, blackberries, mint, and lime, and the Spirit Animal, which is made with light rum, Aperol, coconut, lemon, and strawberry. Pilot also serves a variety of beers and wines for visitors to choose from.

If you’re eager to hop aboard, it’s best to plan in advance. Reservations can be made via the restaurant’s website, and given the destination’s Instagram-worthy views and top notch menu offerings, securing a table can be tricky. If you fail to snag a seat within the next week, don’t worry. Pilot plans to dock at Pier 6 in Dumbo until October, giving you plenty of time to check out this end-of-summer gem.