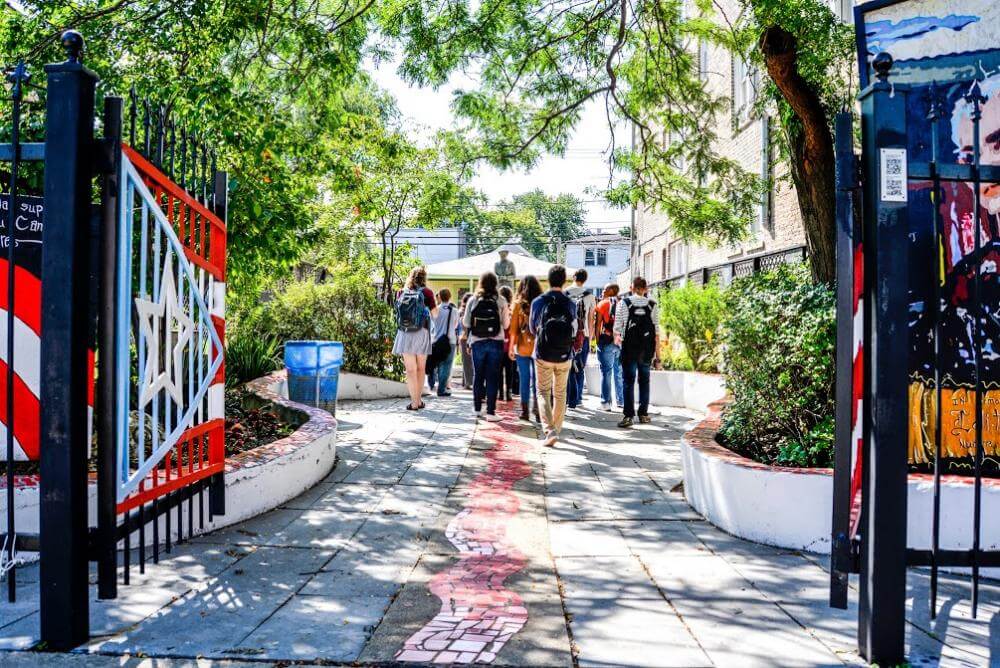 The new trail aims for “recreation, culture and beautification.”

Mayor Rahm Emanuel has officially announced a brand new four-mile path that will provide a facelift to the mostly abandoned BNSF Railway. The project, titled Paseo, has been in the works for some time now – with the Chicago Department of Transportation (CDOT), Department of Planning and Development (DPD), and multiple aldermen pushing the initiative forward.

“Paseo is a community vision years in the making that is finally being realized. This is a strategic opportunity to adapt outmoded infrastructure into an important amenity that will enhance the quality of life for residents,” said Mayor Emanuel. “It will move forward as a vibrant reflection of the unique cultural assets that characterize Pilsen and Little Village.”

Paseo isn’t just any old trail either. It will be built with a community-centered approach – featuring gathering spaces, gardens, and public art that represents Latino culture.

While many will be quick to point to the Bloomingdale Trail or 606 for comparisons, voices behind the project have encouraged us to hold off on associating the two.

“The trail is going to have its own local identity, so there’s no mistaking it with other rail-conversion projects like the 606,” said Alderman Cardenas. “There’s no comparison beyond the previous owner being a railroad company.”

The plan has three phases, and the three main sections will be built out accordingly. The sections align with the following streets:

The Sangamon section will be completed first, with the trail slated for public use late this summer. Work on the other sections is being planned for fall. Paseo is just one section of Mayor Emanuel’s plan for revamping and investing in the city’s parks.