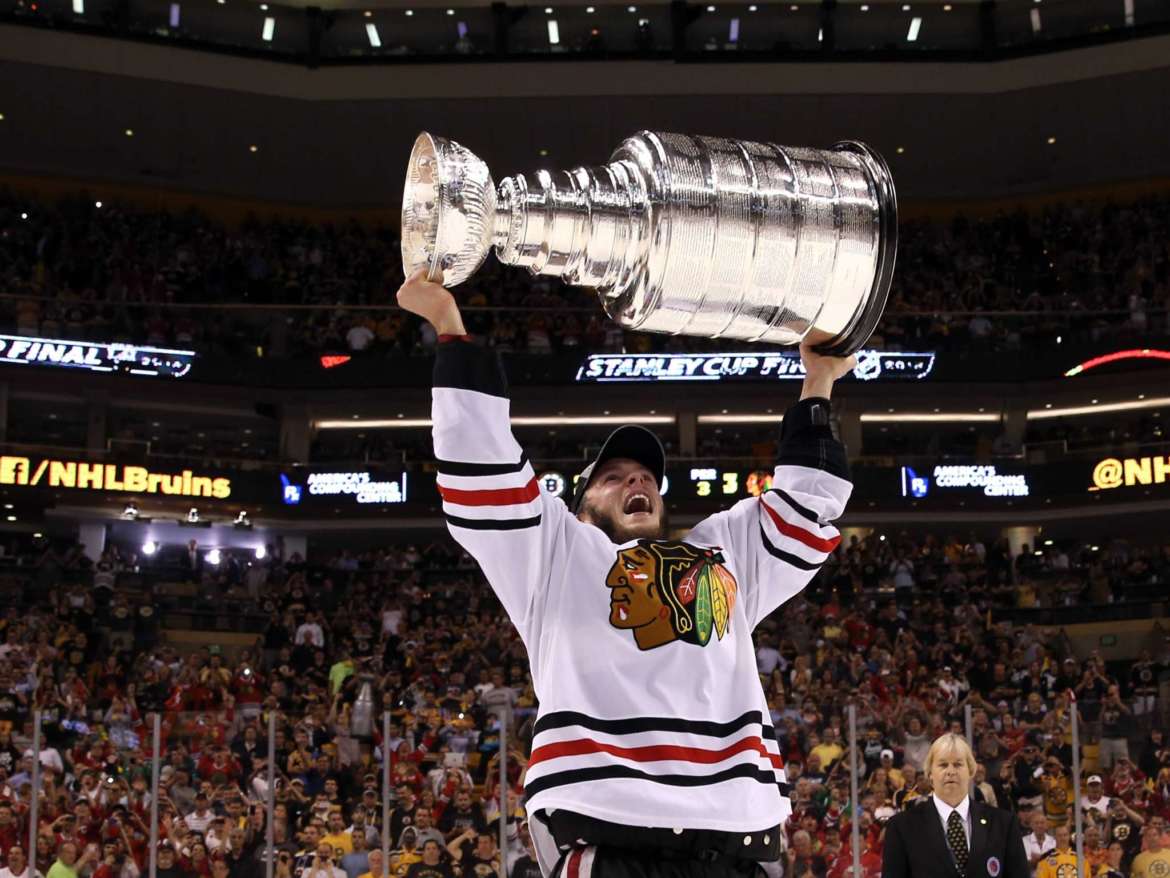 This has been the Hawks’ mantra for the past few years, and it continues to ring true with the team pushing hard for the coveted Stanley Cup again and again. This year has been no different, as Chicago’s beloved skaters have positioned themselves for another run at the Cup even without their leading scorer (and top mullet wearer) Patrick Kane.

The Blackhawks play the Nashville Predators this Wednesday (April 15th) to kick off what figures to be another wild, nerve-wracking, and exhilarating playoff run. Even if you’re not a huge hockey fan, you’re really going to miss out by not catching at least one playoff game this year. Since we’re huge hockey fans at ChicagoGenie, we’re going to catch them all (Pokémon trainers everywhere, watch out!) Here’s why I won’t be missing a single game:

This is the Golden Age of Chicago Hockey
Teams like this don’t come around too often anymore. The Hawks’ front office has done a spectacular job at securing talent through the draft, trades, and low-end signings—and they’ve made the playoffs every year since 2008. This is pretty amazing when you consider it. Most teams, especially in Chicago (I’m looking at you Bears), often seem promising but fail to deliver on that. The Hawks continue to stay hungry and bring it all year after year, and they have the talent to maintain that staying power.

In today’s sports world, the term dynasty is sometimes mentioned, but never really applied to a specific franchise. With salary cap concerns, free agency, and injuries—it’s tremendously hard to achieve continued success for a sustained period of time. The Blackhawks have come as close as anyone in recent years to grabbing the dynasty label, and if they’re able to win it all again this year, it would be really hard to dispute their worthiness of the title.

Jonathan Toews is on Fire
No, not literally…

Jonathan Toews has been an absolute beast since Patrick Kane’s injury. How amazing has he been? In the same week, Toews scored a goal with 31 seconds left in a 4-3 win in Winnipeg and followed that up by scoring two goals with less than two minutes to go to give the Hawks a 4-3 win against Buffalo. He’s also averaged about a point-per-game since Kaner went out while maintaining his unmatched defensive play. Not to mention, the guy is a class act and true professional. There’s a reason Sidney Crosby asked Toews’ permission to accept the captaincy for Team Canada.

Patrick Kane is Nearing a Return
Outside of Buffalo, NY cab drivers (sorry, I had to), who doesn’t love Patrick Kane? Chicago kids of all ages always have some type of Kane memorabilia at games, and why wouldn’t they? He’s easily the most exciting player to watch in the entire NHL. The guy is a straight up magician with the puck, and he shows it every game by deking and dangling his way around world-class defenders with relative ease.

He’s not only the Blackhawks best offensive player though. Kaner was well on his way to becoming the first American-born player to lead the entire league in scoring before his injury. For a league that’s been around for almost 100 years, to make history in this way is absolutely incredible. It’s a shame that his injury didn’t allow him a true shot at it, but that doesn’t mean he won’t be able to in the future.

Joel Quenneville (the Hawks coach, for those who don’t know) has stated that Kane is questionable to return for the first round of the playoffs, which is crazy, since he wasn’t expected back for 12 weeks after suffering the injury at the end of February. As if that wasn’t enough, a few minutes before this article was published, Kane has been reported as being officially back and practicing as usual on the team’s second line.

UPDATE: Get this, it appears as though he may even play in Wednesday’s game. The not-so-secret weapon is back, and the Hawks have as good a shot as anyone at hoisting the cup this spring!

D-Fence!
Even though they’re missing their top offensive player, the Blackhawks have maintained their dominance over the hockey world by playing incredible defense. The high-flying Hawks gave up just 2.27 goals against per game this season, which is just .03 (or two goals) more than the league-leading Montreal Canadiens. Everyone typically thinks of this team as having a ton of offensive firepower, and they do, but the key to this year’s team has really been their tremendous defense and goaltending. Corey Crawford has quietly had his best season as a pro with a .924 save percentage and 2.27 goals against average, borderline elite numbers for a goalie.

Star Power
Jonathan Toews, Patrick Kane, Duncan Keith, Marian Hossa, Patrick Sharp—the list goes on and on. The Blackhawks have more stars than any other team in the league. This truly makes the games even more exciting to watch, since you never know who will be the one to take over when the game is on the line. There have been so many memorable moments that Hawks players have contributed over the past five or six years: Kane’s goal to win their first cup, the two goals with 17 seconds apart to win their second cup, Toews’ shorthanded goal with 49 seconds left in game 7 against the Canucks, Marian Hossa’s overtime winner against Nashville in 2009, etc.

I could probably list off these incredible feats all day and tell you exactly where I was when they happened, but the point is, you really don’t want to miss the next one. This Blackhawks team is special, and there’s really no cap to what they can do. For all the non-hockey fans out there, trust me, it’s not hard to love these guys. And for all the diehards out there like us at ChicagoGenie, don’t miss a single moment this postseason.

In case you missed our piece on the Hawks’ United Center brethren, check out why you shouldn’t miss a Bulls game either. 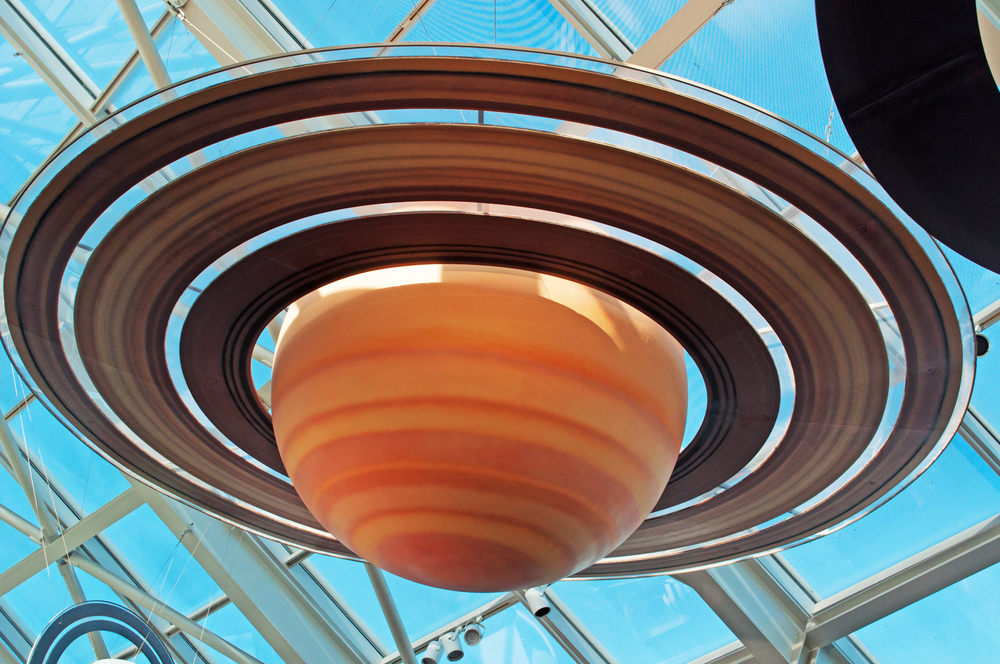 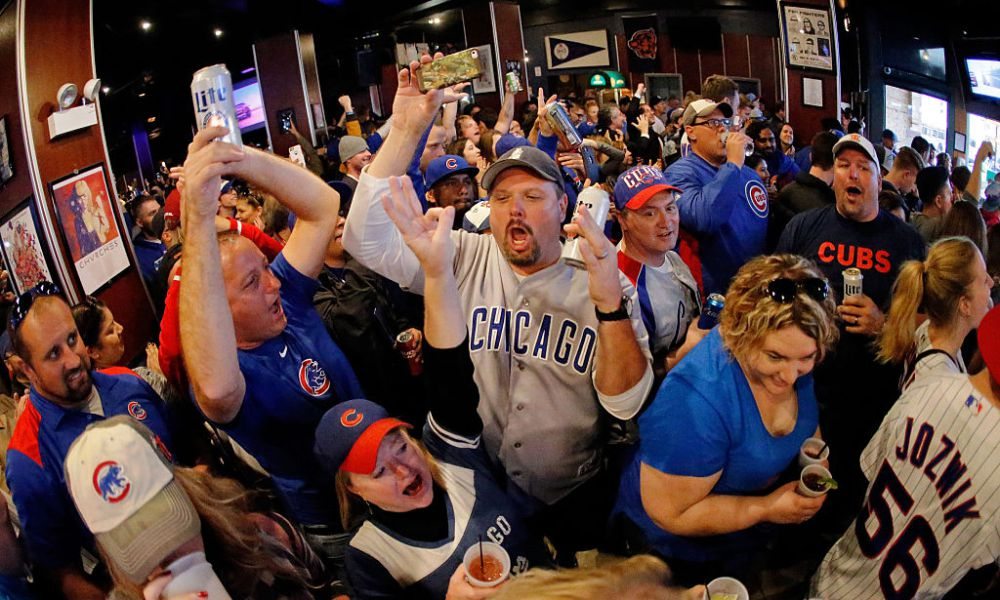