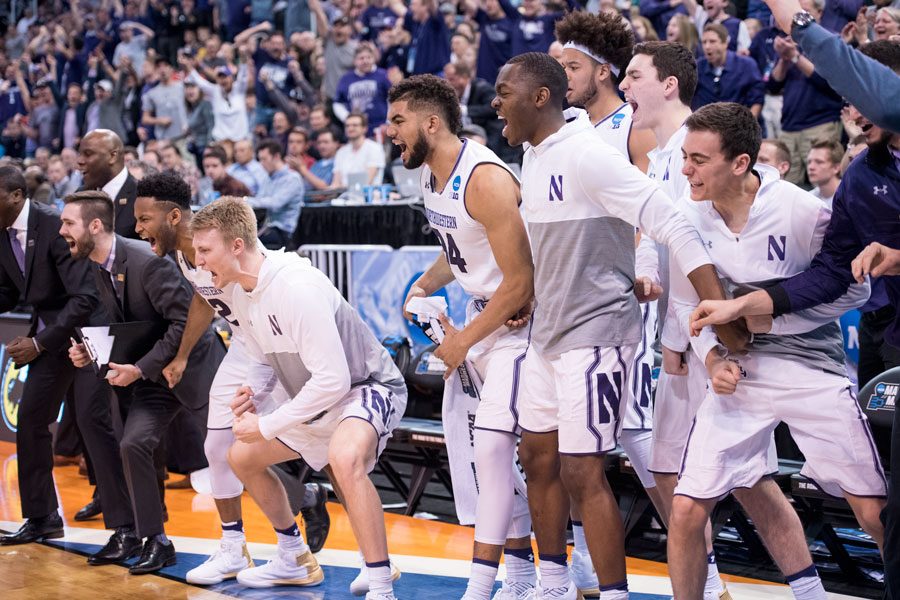 This week marked the beginning of the 2017 NCAA Tournament, and the addition of the Northwestern men’s basketball team to the bracket for the first time in the university’s history was a major source of pride for Chicago.

There’s no question that Northwesterners are thrilled to not only be in the tournament, but to have advanced to the second round. The winning team wasted no time celebrating. Next, the Northwestern Wildcats will play the Gonzaga Bulldogs in Salt Lake City tomorrow (Saturday, March 18) at 4:15pm CST.

It would have seemed that the odds were stacked against Northwestern, as Nashville’s Vanderbilt has participated in many NCAA tournaments, making the Elite Eight in 1965. Not to mention, they’ve got a pretty solid defense. Northwestern, on the other hand, was formerly one of five Division I universities that have never competed in an NCAA tournament.

Download the CBS All Access app to watch all the NCAA games. Make sure to cheer Northwestern on tomorrow night, and stay tuned for more March Madness coverage.