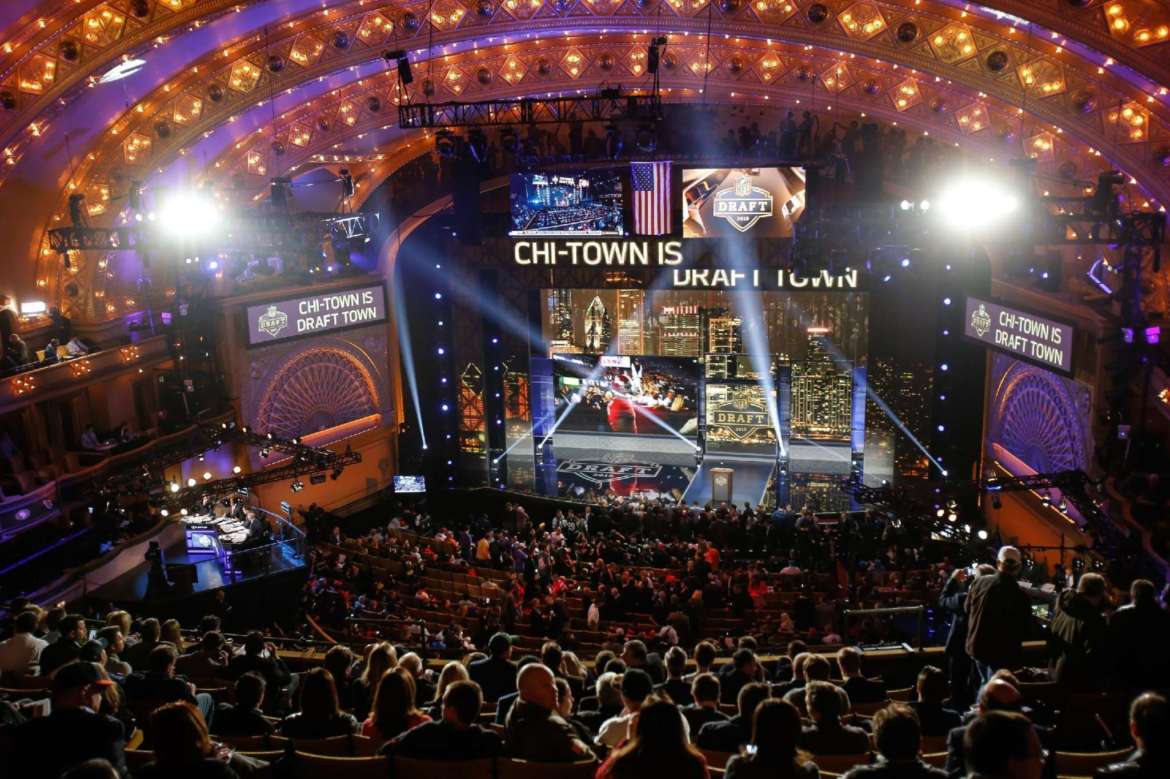 For the first time in over 50 years, Chicago hosted the 2015 draft last spring. The draft was accompanied by an all-new concept, NFL Draft Town, a completely free fan festival. Draft Town encompassed Grant Park with huge attractions, games, flag football, and general fanfare. It also allowed fans to watch the draft live on a large screen.

This year, NFL Draft Town is back, and it’s getting a major upgrade. We were all impressed by last year’s 768,000-square-foot stretch, but this year we’ll be getting 960,000 square feet of football greatness.

With the expansion comes new scenery. While last year’s festival was closer to Michigan Ave, this year will take to the lakefront with TV sets and the draft’s “Selection Square” where picks are announced encircling Buckingham Fountain.