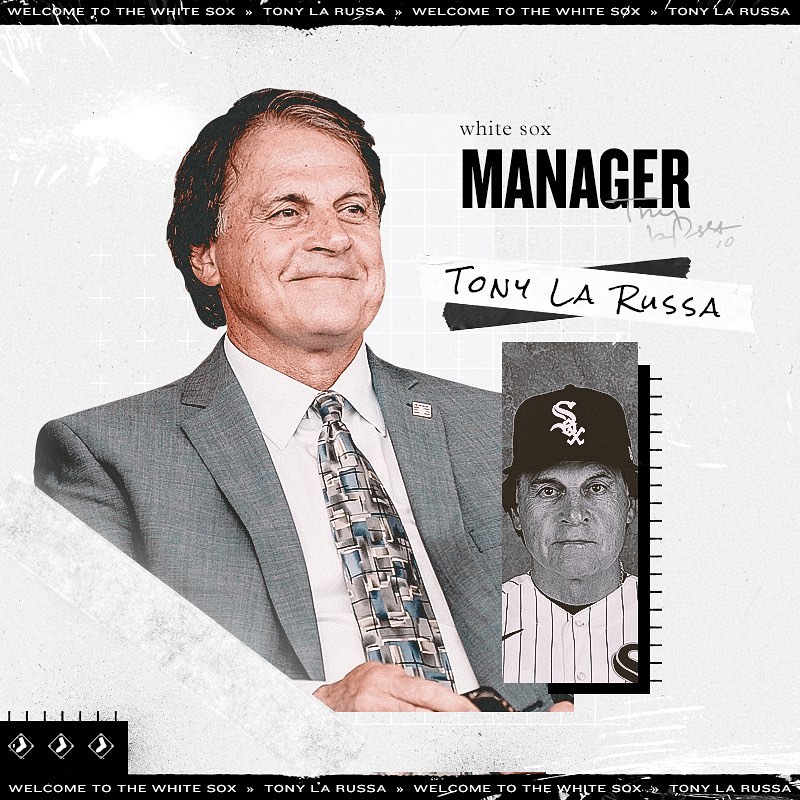 Well, that didn’t last long. On Monday, Tony La Russa announced his retirement after two seasons with the Chicago White Sox. The primary reason for his decision involved health concerns with his heart, and we wish him nothing but the best as he enters the next chapter in life. So now, we can officially say: the hunt for a new White Sox manager is on!

Tony La Russa is out as manager of the White Sox. pic.twitter.com/kRk4CxwJ3I

When the White Sox hired Tony La Russa back in October of 2020, the hope was that he’d take his decades of experience with winning in the MLB over to a young, talented roster primed to take the next steps. And to his credit, after the first year, you could say he managed to do that. In the Sox first season with La Russa as manager, they finished first in the AL Central with a 93-69 record. Unfortunately though, when the post-season came around, the White Sox lost in the ALDS to the Astros.

From the get-go, bringing in La Russa as the White Sox manager came with plenty of anger and griping from the fanbase. Many questioned the front office’s decision on the hire, and it really seemed like Reinsdorf had let the franchise and its fans down given what the roster was, and still is. Then, take into consideration all the side comments from La Russa about his players and their personalities within the game of baseball, and it’s easy to see why no one thought this was a good match.

At the end of the day, La Russa as the White Sox manager didn’t pan out as many had hoped. In his second stint with the team, his overall record was 156-134. During a press conference this past week to talk about his retirement, La Russa had this final note to say,

“Our team’s record this season is the final reality. It is an unacceptable disappointment. There were some pluses, but too many minuses. In the Major Leagues, you either do or you don’t. Explanations come across as excuses. Respect and trust demand accountability, and during my managerial career, I understood that the ultimate responsibility for each minus belongs to the manager.

I was hired to provide positive, difference-making leadership and support. Our record is proof. I did not do my job.”

Whether you liked him as the White Sox manager or not, at least he owned up to his responsibility in the situation. Well said TLR, well said.

Who Could the New White Sox Manager Be?

This is one of many questions for the franchise as they head into the offseason. The search for the new White Sox manager will be led by GM Rick Hahn, and it’s already started.

Something interesting to note this time around, is that the front office’s approach to filling the vacancy is a bit different.

“One thing that perhaps breaks from the mold of at least the last few hires, having a history with the White Sox, having some sort of connection to White Sox DNA is by no means a requirement,” Hahn said this past week.

On that note, it seems as if the team won’t pursue names like Ozzie Guillen or A.J. Pierzynski who had been speculated for the role. Hahn did mention that Miguel Cairo, the White Sox’s current acting manager, would be the exception to the rule and would receive an interview. It’s certainly the right thing to do after Cairo filled in for La Russa during his medical leave of absence towards the end of this past season.

One highly sought after candidate who is sure to land a manager position in the MLB is Joe Espada. Espada could be exactly the guy the White Sox are looking for. He’s currently the bench coach for the Houston Astros, and has already interviewed with the Cubs and Rangers as he waits to see if his predecessor retires.

Espada fits what Hahn is looking for. For one, he has recent championship experience. And two, he’s clearly versed in how the sport has changed overtime as he’s been a member of the Astros organization who’s been a leader in embracing change.

Only time will tell to see who the new White Sox manager ends up being. Luckily, if last time tells us anything, we may know who the new face is soon. La Russa was hired at the end of October in 2020. Stay patient, White Sox fans.