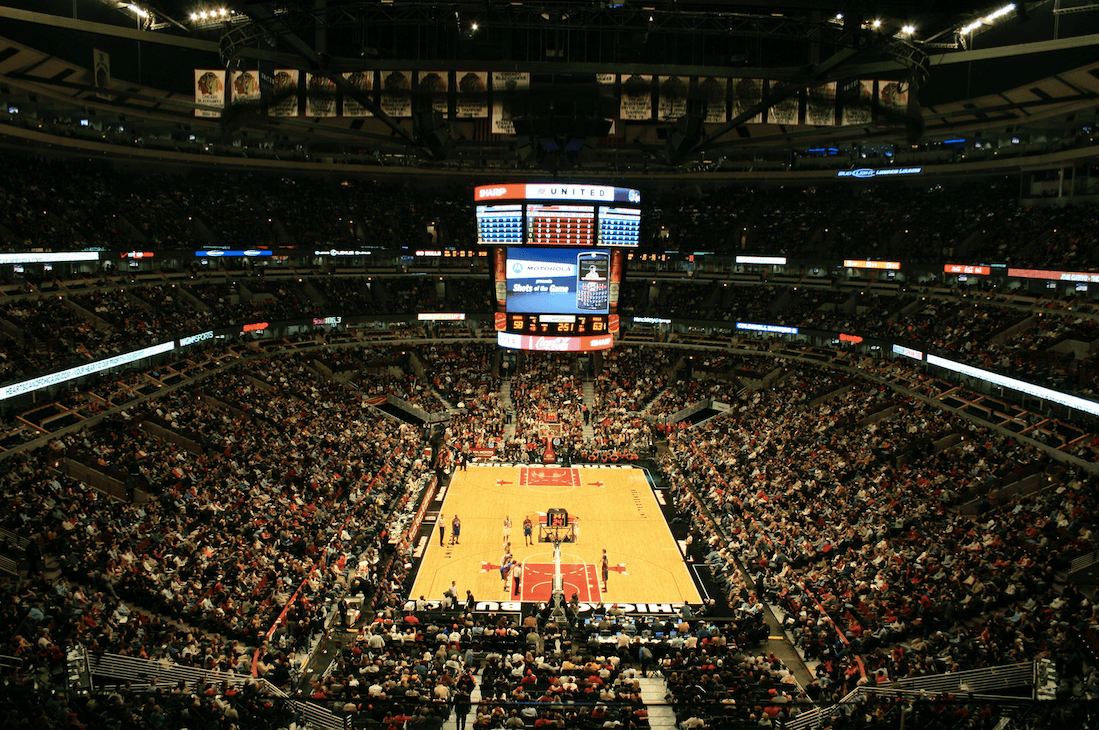 The NCAA Tournament Is Coming to the United Center

With the looming tension over creating the perfect bracket, people everywhere are pouring themselves over hastily scribbled notes and publications to find the edge they need.

It’s a stressful time to be sure, as work and other obligations are sure to come between you and your TV as the games are coming down to the wire.

Still, you may be able to catch some of them in person if you play your cards right.

The United Center is set to host the 2016 Midwest Regional this year, with the Sweet 16 games being played on Friday, March 25, and the regional final taking place on Sunday, March 27.

Local teams Michigan State, Purdue, and Iowa St. are in the bracket, and all have a chance to play at the United Center. However, it’s likely Virginia will be one of the top teams, as they’re the current top seed.

Tickets are still available, though they certainly won’t be for long. Ticketmaster and Stubhub have mostly sold out, but services like SeatGeek still have plenty to go around.

This will be the fifth time the Big Ten has hosted the NCAA Tournament at the United Center. The two entities have had a pretty close relationship since the 2013 Big Ten Tournament was hosted at the UC back in 2013. That tournament set an attendance record with more than 124,000 fans showing up for the games. The 2019 and 2021 Big Ten Tournaments will also be held at the venue.

The decision was first announced back in November of 2014, as Mayor Rahm Emanuel praised the decision:

“I am thrilled that Chicago has been selected as a future host for the 2016 NCAA Men’s Basketball Championship tournament. Hosting these national events is a great opportunity to showcase Chicago as a first-class sports and tourism destination and we look forward to welcoming NCAA student-athletes, coaches, families and fans from across the country to the most American of American cities, Chicago. From the NCAA men’s ‘Frozen Four’ to the NFL Draft, and now the NCAA Men’s Basketball Championship tournament, Chicago is becoming a destination for athletes and fans alike. I applaud Choose Chicago and the Chicago Sports Commission for their aggressive work to lure these marquee events and many others to our great city.”

The other three regionals will be held in Philadelphia, Louisville, and Anaheim. The Final Four will take place in Houston.

Still need a bracket? Click on the one below and print it out to use as you see fit. 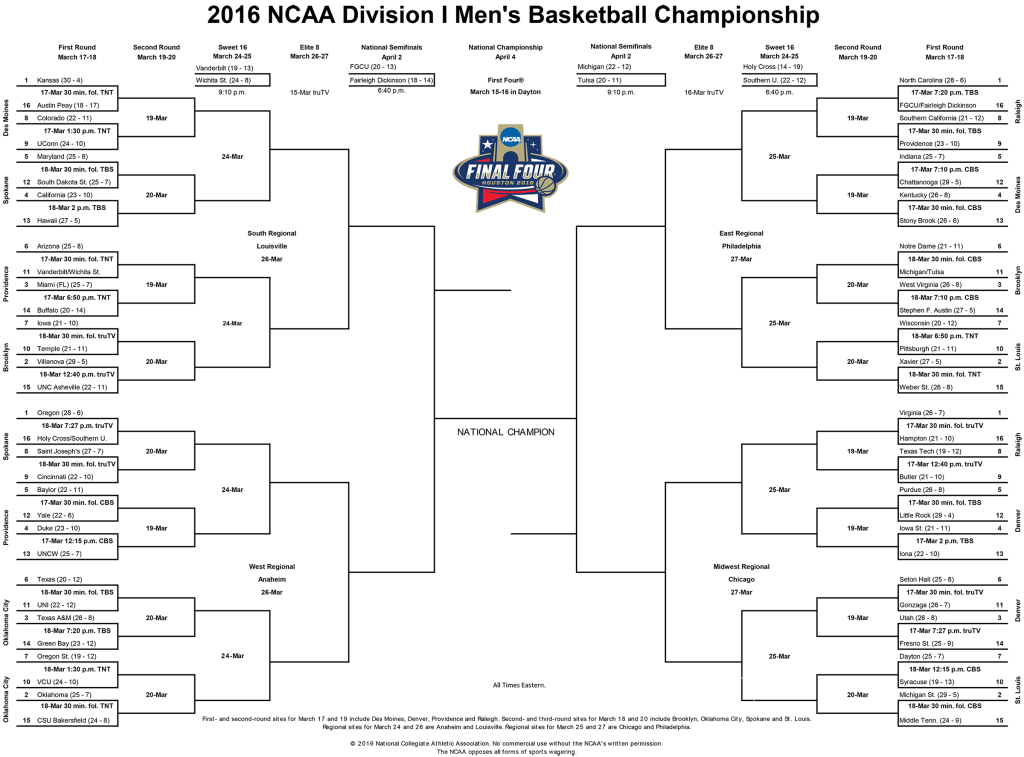