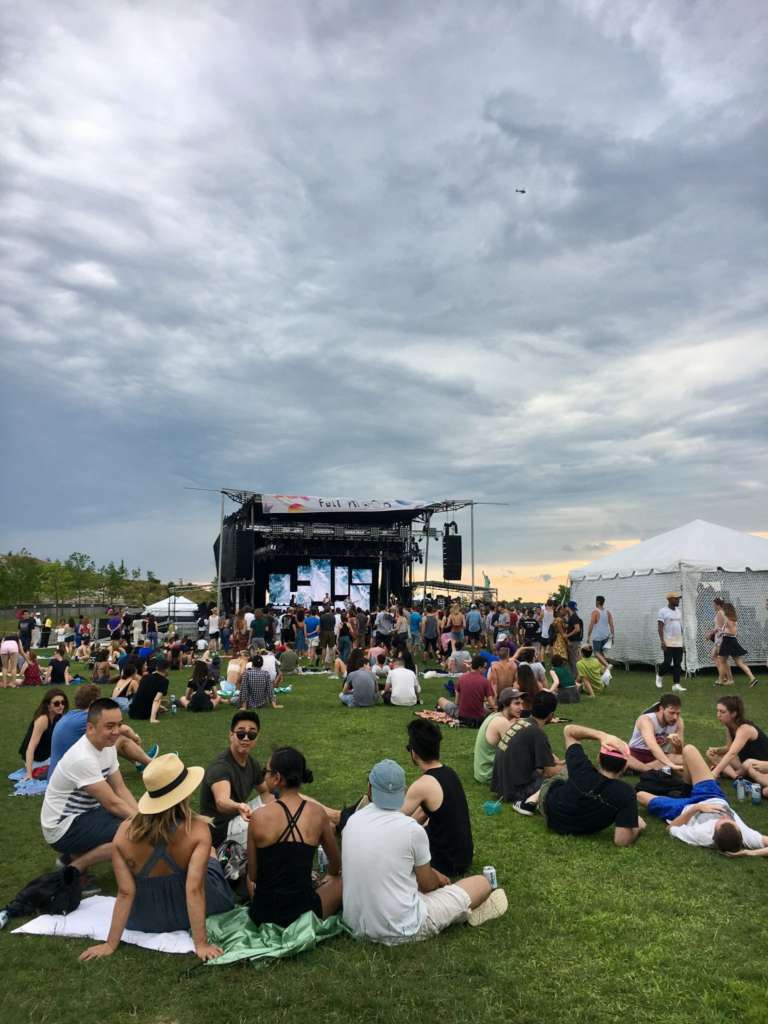 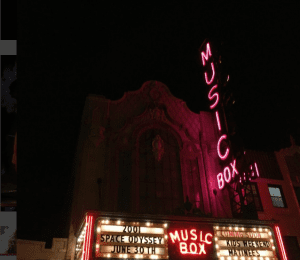 This past Saturday night, people gathered together in a dark room and watched a movie.

Such an event is far from news, but it meant something special to Kong: Skull Island director Jordan Vogt-Roberts. “There’s so much going on in the city tonight,” Vogt-Roberts said to those in attendance, “and we’ve got an almost packed house. I love it.”

Phenom director Vogt-Roberts was just one of a few stars at the Music Box on Saturday. Aubrey Plaza and director Jeff Baena were also around in the afternoon for a premiere screening of the Catholic convent comedy The Little Hours. And then there was a hairy 100-foot Hollywood superstar who smashed his way across the screen Saturday night. But the biggest star of the evening, and the past two weeks, might have been a notoriously reclusive legend of cinema that continues to amaze fans and critics alike: the film print.

“I’m consistently impressed by how many people come to a film festival that highlights a format rather than specific films. Of course there’s always interest in heavy hitters like Lawrence of Arabia and 2001, and people feel like they ‘need’ to see those movies ‘on the big screen,’ but it’s the only event I can think of where a projectionist can introduce a movie and talk about post production for five minutes and people will actually be interested.”

The big screen treats were many as fest attendees enjoyed old classics like 2001: A Space Odyssey and West Side Story, fan favorites like Hook and Top Gun, and modern blockbusters like Interstellar and Kong. Music Box organist Dennis Scott added to the atmosphere by dazzling audiences as they filed in with his mastery of the century-old theatre organ art form. And the Music Box Lounge and Garden was a perfect spot to kibbitz with drinks in hand before screenings or dissect the 70MM experience after the credits rolled. All in all, the festival seemed to enjoy another successful year.

Back to Saturday, the Kong screening and subsequent Q&A of director Jordan Vogt-Roberts — led by Ain’t It Cool News luminary Steve Prokopy — was an apt finale for a festival that celebrated the past but still must consider the future. Spirits were high as Vogt-Roberts fielded questions from anime and Kaiju movie superfans, including one questioner who handed off a stage adaptation of Metal Gear Solid which Vogt-Roberts accepted with the disclaimer “I accept this as a fan. Don’t you dare sue me!”

The director sang the praises of his many past cinematic influences and shared advice to one fan who dreamed to one day be in Vogt-Roberts’ shoes: “Watch tons of movies. And don’t ‘network.’ Instead find other fans and collaborators.” One point that Vogt-Roberts was repeatedly incredulous about was that his popcorn blockbuster was the film closing out the 70MM Festival. “It should be Lawrence of Arabia or something!”

But the presence of a young director like Vogt-Roberts, who repeatedly spoke to the crowd about his love of people “gathering together in dark rooms to watch movies,” seemed like a more fitting, or even necessary, use of time as he passionately preached about the importance of theaters like the Music Box and the medium of film. While young movie fans are being encouraged to watch more films at home or — *heavy sigh* — on their phones, Saturday night was a reminder of the magic of the old movie house. 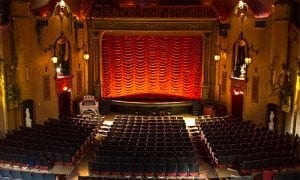 Just as timely as the film fest conclusion is the debut of Christopher Nolan’s World War II epic Dunkirk on 70mm at the Music Box this week. Director Nolan made some waves recently when he stated that he would not partner with Netflix because they have a “mindless policy” of forgoing theatrical distribution. Indeed, as the entertainment universe charges ahead with a blitzkrieg of digital distribution, directors like Nolan and Vogt-Roberts seem more than ready to stand and fight for the future of film.

If the past two weeks at the Music Box are any indication, they will have plenty of allies in their battle. Fans came from all over to the neon movie sanctuary on Southport to bask in the cinematic glow of films they could have easily caught for free on YouTube. The presence of so many at this festival was a testament to the enduring appeal of a crowd of people, a dark room, a film, and a projector.