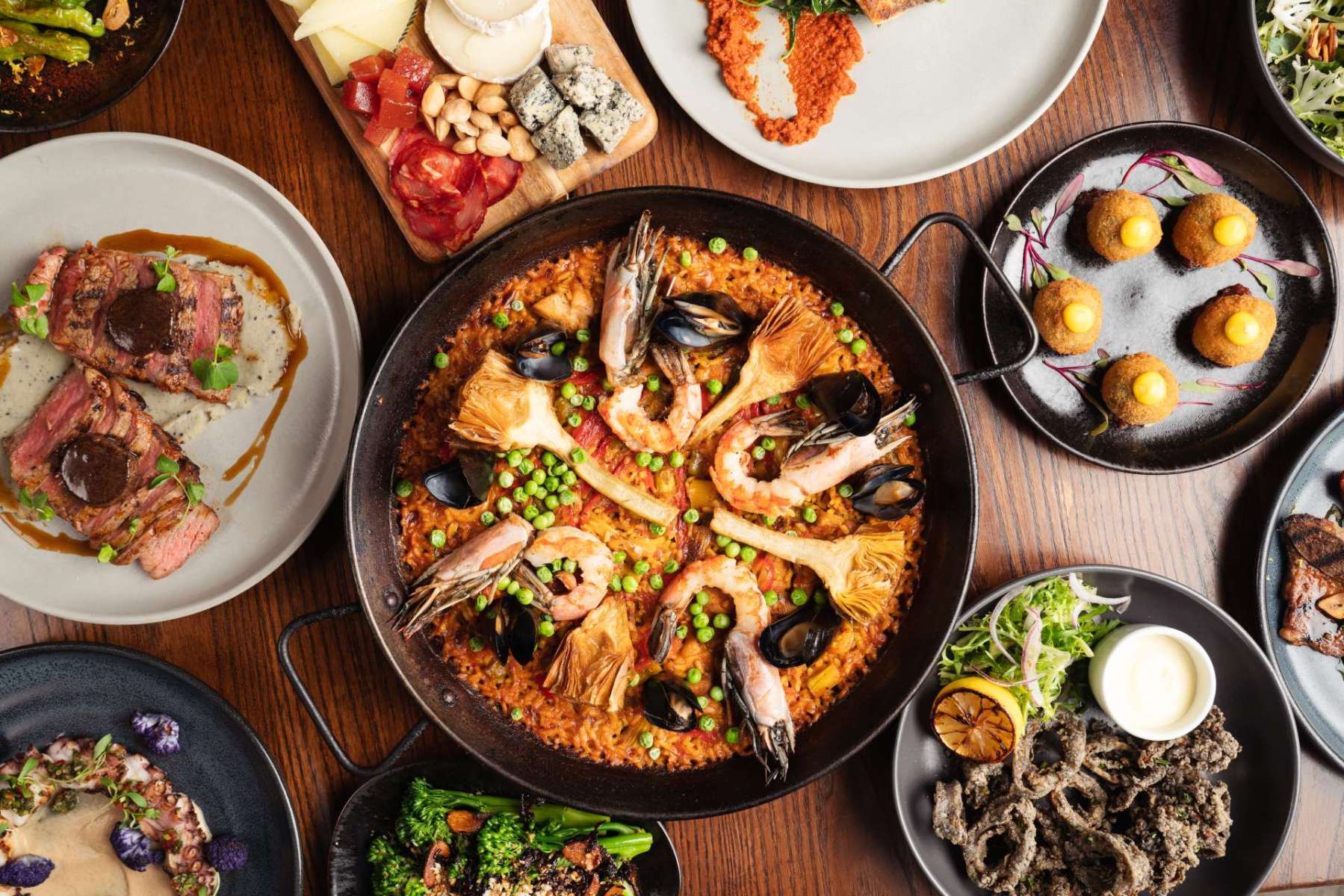 Since opening in 2008, Mercat a la Planxa, the stylish Catalan-inspired tapas restaurant within the legendary Blackstone Hotel, has delighted diners with its elevated Spanish delicacies and spirited, convivial atmosphere. Now, the South Loop favorite is bringing fresh energy into the kitchen with revamped dinner and brunch menus, and the addition of Chef Gee Cuyugan as executive chef.

Cuyugan, who previously oversaw the culinary programs at The Drake’s iconic concepts including The Cape Cod Room and Coq d’Or; The Ritz Carlton’s Italian steakhouse, Torali; and more, showcases his creativity and artistic flare in inventive new evening and weekend dishes that range from street food-styled starters to grilled specialties from the signature planxa grill.

“I’m excited to take the next step in my career journey at Mercat a la Planxa, and to have the opportunity to put my own personal touch on its culinary program,” says Cuyugan. “I was born in the Philippines, and I drew a lot of inspiration for these updated dishes from traditional ‘pulutan,’ which is the Filipino version of tapas, as well as other Spanish influences found in Filipino cooking. The menu still has a strong emphasis on ingredients and techniques from the Catalan region of Spain, but I’ve enjoyed bringing in elements of other cultures that I’ve learned during my career.”

For dinner, Cuyugan uses the traditional Spanish technique of cooking ‘a la plancha,’ or searing food on a metal plate, to enhance the flavor and add a touch of char in a variety of creative new Spanish-style delicacies including:

Alongside the new additions to the menu, diners can also enjoy classic Spanish favorites including patatas bravas with garlic aioli and chili oil; bacon-wrapped dates with Marcona almonds and romesco sauce; spinach croquettes with tomato jam and saffron aioli; and more, as well as several salads and a chef’s board featuring selections of gourmet charcuterie and cheeses. Mercat a la Planxa offers an extensive, finely curated selection of Spanish sherries, cava, sangria, wine and cocktail creations, including its renowned gin and tonic.

About Mercat A La Planxa

Situated along Chicago’s bustling Michigan Avenue within the iconic Blackstone hotel, Mercat a la Planxa is a modern interpretation of timeless Catalan traditions in the heart of the city. At the helm of the stylish tapas restaurant’s kitchen, Executive Chef Gee Cuyugan presents an ambitious menu of authentic, elevated Spanish delicacies with an emphasis on the Catalonia region, ranging from street food-styled starters to classic paellas and grilled specialties from the signature planxa grill.