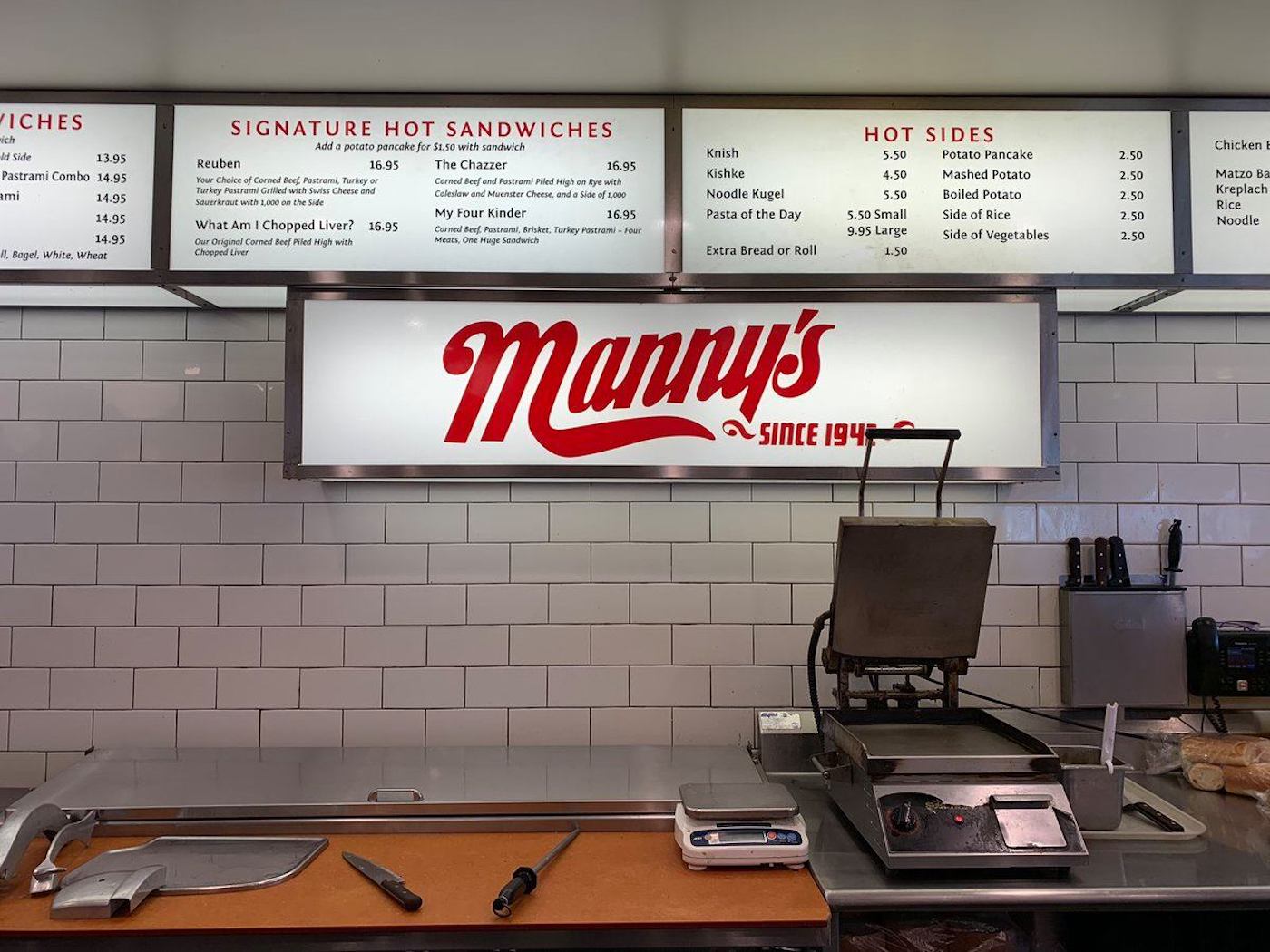 The one and only Manny’s Deli in Chicago is at it again. This time, they’re offering 1,000 free sandwiches if customers simply — wait for it — wear a mask. That’s right. On March 30th if you head to Manny’s Deli at 1141 S Jefferson St. and you’re one of the first 1,000 people there, you can get one of their world famous sandwiches for the price of wearing your freakin’ mask.

Manny’s Deli stays throwing 100 miles an hour. The cafeteria-style Jewish deli and coffee shop has been steady controlling the Chicago food social media scene for years and took their social presence to the next level in order to weather the storm of the COVID-19 pandemic. The importance of Manny’s Deli in Chicago was highlighted when Barstool Sports featured them and aided the restaurant with a donation from the Barstool Fund.

The “Free Sandwich Challenge” began when Manny’s Deli charged Chicagoans by saying they’d give away a bunch of their famous corned beef sammies if they could “go 30 days without having to remind anyone to wear their mask.” Chicago obviously failed, but, thanks to very generous donations, Manny’s giveaway is going to proceed anyways.

Ok folks, you asked and here’s our answer: Free Sandwich Day will be on Tuesday March 30th. It’ll be first come-first serve and we have a limit of 1000 sandwiches, one per customer. See you then. #mannysmaskchallenge

Sometimes this is exactly what needs to happen in order to get people to do what they’re supposed to do. You know the old saying “that you don’t get credit for things you should do.” This totally applies here. Manny’s Deli in Chicago deserves all the credit, but they’re gonna reward you the customer with one of their award-winning, stand-in-line-for-hours, tell-everyone-you-know, sandwiches if you simply do what you’re already supposed to do.

Seems like an easy decision, Chicago. So head to Manny’s Deli on March 30th for a deal just as good as the Chicago Bulls acquiring Nikola Vucevic.